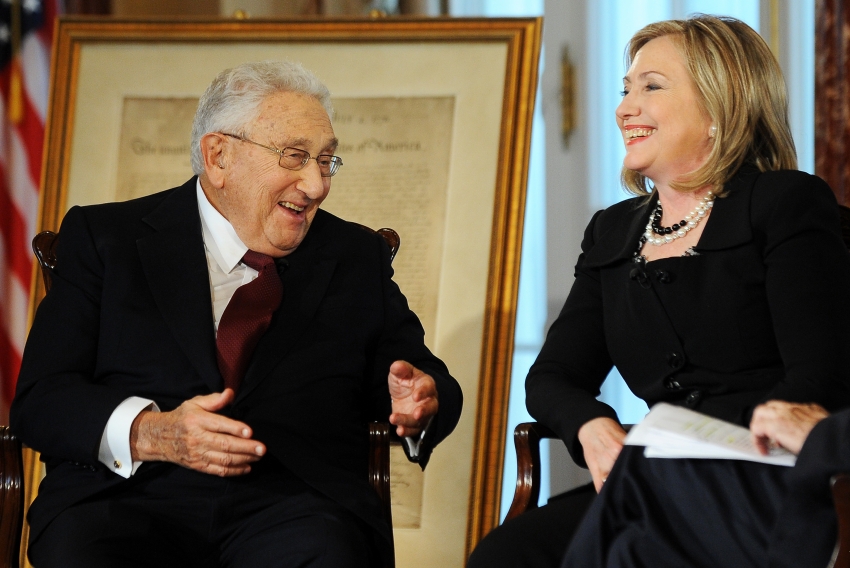 The lesson for Democrats is clear: Embrace a strong anti-war program.

Adopting a more robust anti-war attitude would not just be the right thing to do on principle for the Democrats, but would also likely have a positive impact electorally.

The Democratic Party remains embroiled in a tug-of-war over its future direction. Critics on the left point to the party’s recent losses at all levels of government as evidence that Democrats must embrace a commitment to economic populism in order to regain political power. But there might be more to it than that.

“There is a significant and meaningful relationship between a community’s rate of military sacrifice and its support for Trump,” the study’s authors write. In fact, the study claims, war fatigue was key to handing Trump his wafer-thin margins of victory in a handful of key battleground states that helped put him over the top:

“If three states key to Trump’s victory—Pennsylvania, Michigan, and Wisconsin—had suffered even a modestly lower casualty rate, all three could have flipped from red to blue and sent Hillary Clinton to the White House.”

To reach their conclusions, the study’s authors plumbed information from the Pentagon’s Defense Casualty Analysis System on the 6,856 American soldiers who have died in the wars in Iraq and Afghanistan, finding a “direct relationship between a state’s combat casualty rate and the state’s support for Donald Trump.” This pattern wasn’t limited to states, either. The same held true when the authors dug down to the county level: When soldiers didn’t return home, voters showed up for Trump.

Trump may not at first glance have been the logical tribune for Americans’ war weariness. He promised to “bomb the shit out of” ISIS, threatened to kill terrorists’ families, and suggested going into the Middle East with NATO to “knock the hell out of ISIS.”

At the same time, however, Trump also broke with GOP orthodoxy by criticizing George W. Bush over the Iraq War, which he called a “disaster” and a “big fat mistake.” And during the campaign, he declared his opposition to the Obama administration’s war in Libya (although Trump had initially supported both wars and, since being in office, has overseen the escalation of U.S. military aggression, from Afghanistan to Syria).

Perhaps more importantly, his Democratic opponent was virtually synonymous with both of these wars. Clinton had infamously voted to invade Iraq and then helped orchestrate intervention in Libya. Trump pilloried Clinton over both of these decisions throughout the campaign.

Of course, it’s possible the study’s results could be due to other factors as well. States and counties most impacted by wars may have been more likely to buy into Trump’s frequent paeans to veterans, which included raising $6 million for veterans charities (only some of which, mysteriously, has actually been passed on to veterans groups). And Trump held a commanding lead among members of the military, who voted for him over Clinton by a ratio of two-to-one.

Yet, as the study points out, it’s not at all unprecedented for the impact of wars to have an electoral effect punishing the candidate and party most associated with them. An earlier study found a similar relationship between Iraq War casualties and the level of the vote share Bush shed in 2004. Other studies found that Iraq War casualties correlated with the loss of support for congressional Republicans in 2006, helping Democrats gain control of the House and Senate. The authors of the recent study also cite research showing similar conclusions dating all the way back to the Civil War.

Obama’s victory in 2008 was largely propelled by his early opposition to the Iraq War, as well as his promise to end the war and bring troops home within 16 months if elected.

But once in power, the Democrats quickly flipped on the anti-war message that had helped to turn their fortunes. Rather than quickly pulling troops out of Iraq, Obama extended their stay, and the eventual withdrawal in 2011 happened against the administration’s wishes, when the Iraqi government refused to acquiesce to U.S. government demands.

National Democrats rallied behind Obama and anti-war attitudes within the party rapidly dissipated. The 2012 Democratic National Convention was one of the more militaristic in living memory. More recently, a number of high-profile Democrats pushed for and justified Trump’s bombing of Syria.

As the study states, “the wartime narrative was not as prominent” as an explanation for voter behavior during the 2012 election, and “in the post-election analysis of the 2016 cycle, discussion of war fatigue has been all but absent.”

This mirrors the virtual silence that has surrounded the topic of the war in Afghanistan, the longest war in American history. You would have been hard pressed to find even a mention of the war by the presidential candidates during the campaign, including among Democrats. There’s no end in sight for the now sixteen-year-old conflict which was passed on to Trump by Obama, and which recently saw thousands of more troops deployed.

The takeaway is clear: Adopting a more robust anti-war attitude would not just be the right thing to do on principle for the Democrats, but would also likely have a positive impact electorally.

“Democrats may also want to reexamine their foreign policy posture if they hope to erase Trump’s electoral gains among constituencies exhausted and alienated by fifteen years of war,” the authors write.

Perhaps more importantly, the results “may suggest a more powerful democratic brake on foreign wars.” Thus far, Trump has received his highest plaudits across the political spectrum for ordering military actions, including in Syria, and, absurdly, the praise he received for paying tribute to a soldier he himself sent to his death in a chaotic mission.

This points to the troubling possibility that such rhetoric could incentivize the president to launch further military actions. How would this change if Trump was aware of the possibility that more military interventions could hurt his chances of reelection?

Such a change won’t happen until media outlets, pundits and political figures start highlighting war as a core issue to voters. In the meantime, the Democrats could help themselves by making a strong anti-war foreign policy a core element of their opposition to Trump. But whether the party will be willing to drop its longtime interventionist slant anytime soon is another question altogether.