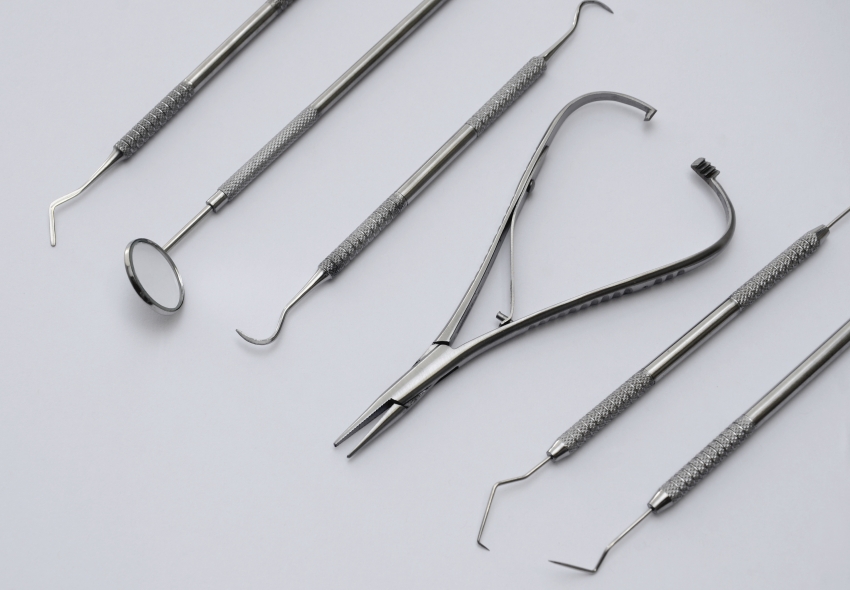 Everyone should be provided with free dental care. (Photo by Tom Kelley/Getty Images)

We Have a Dental Care Crisis. Medicare for All Could Solve It.

Guaranteed dental coverage would finally put an end to the deep inequities in U.S. oral health.

Dental inequality is even more extreme in America than inequality in other areas of healthcare.

Over an early September weekend in 2017, some 850 visitors showed up to the University of Maryland (UMD) basketball arena in College Park. But the attendees weren’t there to watch a game, they came to receive free dental care through Mission of Mercy, which holds similar events across the country to provide one-off dental services to anyone who needs them.

Many of the attendees queued up in the UMD gym were there not for routine tooth-cleanings, but instead were suffering from severe dental problems requiring interventions like painful extractions. As Maryland dentist Dr. Jacob Nix explained, these treatments were likely long overdue, but had been put off because the patients had no access to dental care. “I doubt that many of them had been waiting on that day just to save a few dollars,” said Nix.

As debates over healthcare reform have taken center stage during the 2020 Democratic primary, oral health has received significantly less attention. But with nearly one-third of non-elderly adults lacking dental coverage—and Medicare for All bills in the House and Senate including provisions for dental care—the incorporation of oral health into a broader vision for universal healthcare is emerging as a distinct social justice issue.

If the siloing of health and dental care in the United States now feels like a given, it’s by no means natural. The separation began back in 1840 at the University of Maryland-Baltimore, not far from where hundreds of working-class people would receive dental procedures in a gymnasium nearly two centuries later. When two founders of the then-recently formed American Society of Dental Surgeons were allegedly refused permission to teach dentistry at the UMD-Baltimore medical school, they established their own instead, beginning a tradition that persists today.

While both dentists and medical doctors adamantly opposed national health insurance plans during the Truman administration in the 1940s, medical insurance became a standard benefit for workers and was expanded to more marginalized populations through the enactment of Medicaid and Medicare in the 1960s. Meanwhile, dental coverage remained relatively limited. While the passage of CHIP in 1997 and the Affordable Care Act in 2010 eventually expanded basic dental coverage to most children, broad swaths of the American public still go without adequate dental care.

As a result, dental inequality is even more extreme in America than inequality in other areas of healthcare. Twice as many children lack dental coverage as conventional health coverage. Some 800,000 ER visits a year stem from dental issues, many of which could be avoided with routine management. More Americans report financial barriers for dentistry than any other type of healthcare. Those who do have dental coverage are hardly spared: most plans cap annual benefits at around $1500—an amount easily exceeded by a single dental emergency—and nearly 50 percent of dental care nationwide is paid for out-of-pocket.

Those disparities in access have a profound impact. As perfect teeth have become a coded class marker, some 30 percent of low-income adults avoid smiling with their teeth. But the issue runs even deeper. “I think there’s this perception that it’s just aesthetic,” explained Meg Booth, Executive Director of the Children’s Dental Health Project. “We have to dispel this notion that oral health is only about the appearance of your teeth. It’s actually about disease, and the rest of your body.”

Indeed, poor oral health has been linked to heart disease, Alzheimer’s and other serious ailments. In her 2017 book Teeth: The Story of Beauty, Inequality, and the Struggle for Oral Health in America, journalist Mary Otto tells the story of 12-year-old Deamonte Driver, whose untreated toothache eventually developed into a deadly infection.

Poor oral health has also been linked to poor school performance and absenteeism among children. This dangerous status quo highlights just how odd it is that teeth have been arbitrarily sequestered from other body parts when it comes to American healthcare. As Santa Fe, New Mexico dentist Dr. Daniel Borrero put it, “We have teenagers who are developing gum disease and we ask them, ‘Do your gums bleed when you brush?’ And they say, ‘yes.’ But if your fingers were bleeding, you wouldn’t just say that casually!”

While including dental care in a Medicare for All system would deliver more patients, the current system of denying dental care provides plenty of money. On average, dentists make nearly as much as physicians, while typically working fewer and more predictable hours. Similarly, dentists are more likely to have autonomy over their jobs and work in independent practices, whereas physicians are increasingly employed by consolidating healthcare companies. Fewer than 40% of dentists currently accept Medicaid, and the profession leans conservative.

It’s no surprise, then, that the powerful American Dental Association (ADA) opposes Medicare for All, and stands as a formidable enemy in the fight for universal healthcare. As Maine legislator Richard Malaby said of the ADA to the Washington Post, “I put their power right up there with the NRA…dentists do everything they can to protect their interests—and they have money.”

While Physicians for a National Health Program is comprised of some 20,000 doctors supporting Medicare for All, few (if any) dentists are members. While Borrero supports single-payer healthcare and Nix describes himself as “open to it,” they both struggled to think of many colleagues who embraced the idea—as did others in the dental profession whom I spoke to for this story. The exception was dental students.

“Personally I feel that if you are more interested in accumulating excessive wealth than in protecting the health of your community, then you probably shouldn't be in any type of health care in the first place,” one dental student explained, who asked not to be identified in order to speak candidly. “I feel like single payer is a far more equitable solution than expecting dentists to negotiate with insurance companies for what they can charge patients. Everyone needs teeth!”

If dental students are more likely to join a coalition of single-payer supporters than their more experienced professional counterparts, they’ll be in good company. As Meg Booth tells it, over a decade after she began working on the issue of access to adequate dental care, it’s finally beginning to coalesce as a major political issue: “I think kids’ groups, and Medicare groups, and social justice groups at the grassroots level are all trying to educate the public on a more fundamental level that other people besides dentists care about this,” she said. She’s hopeful they’re becoming vocal, conspicuous constituents for universal dental care: “There are people who see the impact in their communities and states.”