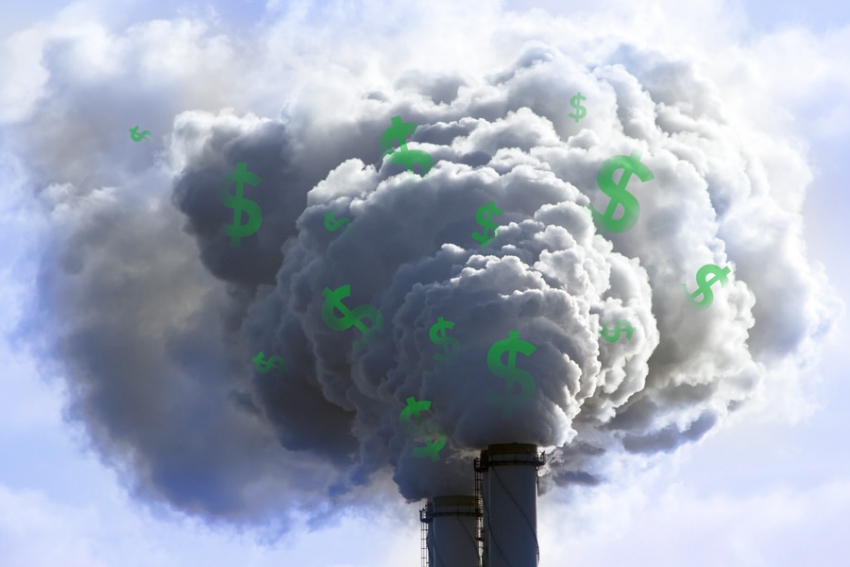 A carbon tax and dividend could curb greenhouse gas emissions while improving quality of life for many.

A universal carbon dividend would include those who often miss out on other benefit programs, such as unemployed people and those who don’t file taxes.

For decades, we have been told that fighting climate change will hurt the economy. But there is an elegant policy idea that fights climate change and poverty at the same time: A carbon dividend, which would impose a steadily rising carbon tax and return the revenue to the public as universal and equal cash payments. This would be a tremendous force in reducing carbon emissions while providing a substantial increase in purchasing power to the least well-off people at little to no cost to the national budget. We can and should take other dramatic steps against climate change, but we can start with one policy that provides an incredible bang for its buck.

Several states as well as the U.S. House and Senate have active or recent carbon dividend bills, and they provide a good template. The federal bills call for a fee on fossil fuel companies for the use, sale or transfer of fossil fuels. The toll, in the bills, would start at $15 per metric ton of carbon and rise $10 a year indefinitely. The U.S. would also impose a border adjustment tax on any imports from countries with lower (or no) carbon taxes, so as not to advantage imports or incentivize companies to relocate. Corporations, particularly those that extract fossil fuels, would presumably pass the cost of these taxes on to processors and other middlemen, and eventually consumers, raising the price of energy and energy-intensive goods. On the surface this looks bad for consumers—but what are the upsides?

Simply put: A higher carbon price shifts consumer, company and investor behavior toward environmentally friendly practices. Solar panels would make more economic sense for consumers and unnecessary driving and flying would make less. Large corporations, from Amazon to Starbucks, would be incentivized to operate on cleaner energy. Investors would look toward new forms of energy generation and efficient materials. An analysis by Regional Economic Models Inc. (REMI) estimates this type of legislation would lower carbon emissions to 50% of 1990 levels within 20 years, nearly putting the U.S. on pace to meet the Paris Climate Accord target. The corresponding reduction in air pollution would prevent 230,000 premature deaths over that time.

Significant increases in the price of energy could push many consumers to the breaking point, but there is a simple and powerful solution to this policy issue.

REMI found that a universal dividend could reach $300 a month within a decade, virtually ensuring every low-and middle-income person—other than those employed in a few select sectors, namely oil and coal—would end up with the same or more in their bank accounts despite the tax. Purchasing power should also steadily increase, especially at the lower income quintiles, from the dividend and a projected two million additional jobs. A dramatic reduction in fossil fuel extraction would decrease the amount of the dividend, but this would be a good problem to have—and could be addressed by additional revenue sources (e.g., a wealth tax) for the dividend.

The fact that a dividend reaches everyone differentiates it from other green economic initiatives like a stand-alone green jobs program. If we instead directed the new carbon fee revenue to public works and clean energy subsidies, then those working-class people who are not employed in clean energy or connected sectors, many of whom are already barely staying above water, would see prices rise with limited offsetting assistance. We should still pursue such projects—paid for through the general fund—but they are no replacement for a dividend that reaches everyone. Indeed, a revenue-neutral carbon dividend is not mutually exclusive with other progressive priorities, and can be symbiotic with a Green New Deal.

As the carbon fee rises, the dividend total will as well, and could rise from a few hundred dollars for a family of four to a few thousand dollars annually. For everyone, this will at least help offset the increased cost of travel and various goods. For the working class, this money could become a significant form of assistance. Cash dividends have been shown to improve healthcare metrics, school attendance, peace of mind and other prosocial factors, and have no significant effect on employment or substance use. As a universal program, a carbon dividend would include those who often miss out on other benefit programs, such as unemployed people and those who don’t file taxes.

Oil CEOs, airline executives and others who live off the ability to pollute for free may not like a carbon fee and dividend, but the rest of us would enjoy a progressively healthier environment with a little extra spending money.

For alternate perspectives on a carbon tax, check back to InTheseTimes.com on Monday.

Owen Poindexter is a freelance writer and co-host of the Basic Income Podcast.