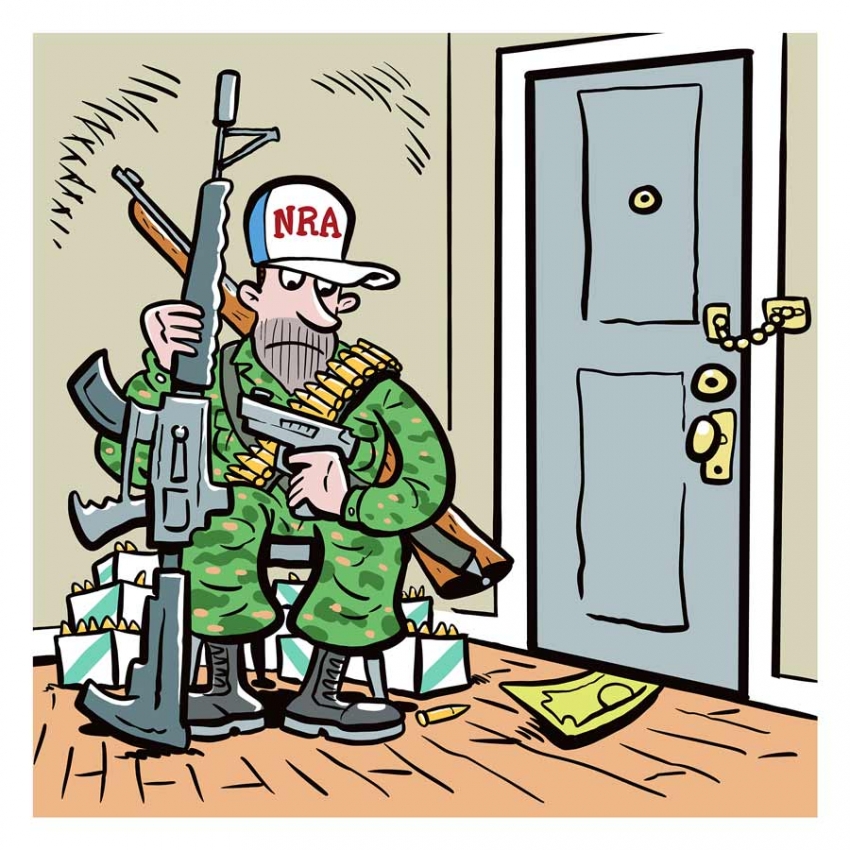 A brief guide to the gun control measure that’s dividing the presidential candidates.

1. Programs that offer cash in exchange for guns

“We will NEVER turn in our AR-15s. We … fight to protect our Second Amendment so we can effectively defend ourselves, our communities, and our loved ones.” —The NRA on September 18, opposing Beto O'Rourke's buyback plan

Beto O’Rourke’s breakout moment in the September Democratic debate was a full-throated defense of a ban on assault weapons and a mandatory national buyback program to confiscate them. His campaign is even selling T-shirts emblazoned with this one-liner. Kamala Harris and Cory Booker also support mandatory buybacks, and Bernie Sanders, Joe Biden and others support voluntary buybacks. Polls show a national buyback program gets around 45% support among Americans in general, but 70% among Democrats.

I can’t tell Beto and Buttigieg apart physically or ideologically, but I understand that they disagree on this?

While Beto has buckled down on aggressive gun control and cursing to revive his flailing campaign, Mayor Pete continues to make bland what-about-ism the center of his. Following the debate, Buttigieg said proposing a mandatory buyback would stoke Republican fears, preventing bipartisan support. Because Republicans are usually so good at compromise.

Ah, the important question! Studies from the 1990s, when many cities implemented buyback programs to cut crime, found they had little impact. Instead, they functioned more like publicity stunts for local governments and police departments. But a national, mandatory program would be new, and it’s hard to predict what kind of impact a more coordinated and concerted effort might have. Following a 1996 mass shooting, Australia confiscated 650,000 guns; in the following seven years, the gun homicide rate fell by 42%. But of course, the U.S. has far more people and far, far more guns—not to mention sitting Republican politicians who are already vowing not to comply with any such program.

So what else can we do?

The U.S. doesn’t have just one gun violence crisis—it has at least four, without a one-size-fits-all solution: mass shootings; gun suicide; high shooting rates in poor, urban neighborhoods; and gun violence in intimate and family relationships. With or without a buyback, we must also repeal the broad immunity currently enjoyed by gun manufacturers, adequately fund violence prevention programs and mental health centers, and generally take a big-picture approach.

This is part of “The Big Idea,” a monthly series offering brief introductions to progressive theories, policies, tools and strategies that can help us envision a world beyond capitalism. For recent In These Times coverage of gun control, see, “While Democrats Call for Gun Control at Home, They Push Deadly Arms Deals Abroad,” “We Can Fight for Gun Control Without Locking People Up​” and “It’s Never Been About the Second Amendment. It’s About Corporate Profits.​”