In this season of political speeches and debates, a harmful myth continues to surface: taking action on climate change will ravage the economy. Recently, this myth has been applied to the Clean Power Plan, the first regulation in the United States to limit carbon emissions from existing power plants.

In February 2016, the Supreme Court halted implementation of the Clean Power Plan until a federal appeals court rules on its legality in June 2016. Although implementation of the plan has been stayed, officials in the Obama Administration and the Environmental Protection Agency (EPA) remain confident that they have strong legal footing and that the Clean Power Plan will resume as planned once it has made its way through the courts. 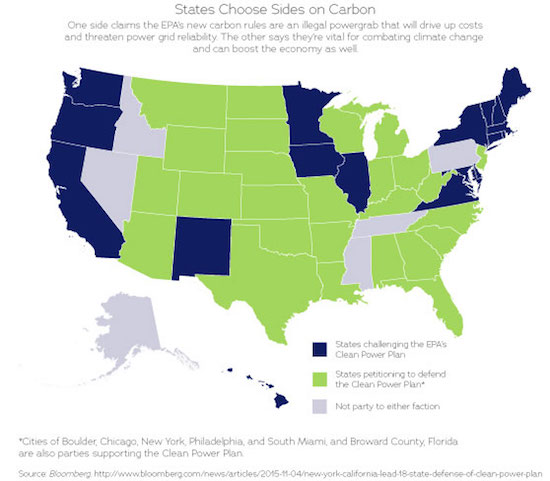 A new Institute for Agriculture and Trade Policy (IATP) report, ​“The Clean Power Plan: Opportunities for an Equitable Energy Transition in Rural America,” outlines how the Clean Power Plan can benefit all communities, especially the rural communities that produce most of the nation’s energy. The report makes the case that the artificial divide between the environment and the economy obscures the many opportunities for rural America that come along with clean energy development.

The Clean Power Plan is designed to function at the state level. Each state has been assigned a unique emissions reduction goal and has flexibility in deciding how to meet that goal, whether it be through energy efficiency measures, an increase in renewable energy or a switch from coal to natural gas. The flexibility afforded to states in creating their State Implementation Plans will result in very different plans from state to state, each with its own repercussions for rural communities in terms of jobs, energy prices and more.

According to analysis from the Economic Policy Institute, the Clean Power Plan will create 120,000 jobs in the United States by 2020 from energy efficiency projects and the construction of new generating capacity. In the same year, about 24,000 jobs will be lost from a reduction in coal-fired electricity generation. This equates to a net gain of 96,000 jobs. However, a net increase in jobs does not mean that every displaced worker will be neatly provided with a new job. This means that states must engineer their State Implementation Plans and other policies to include financial support and job retraining for the communities most impacted by the transition.

In addition to job creation, the Clean Power Plan is an important tool to keep energy affordable. If states include energy efficiency as a substantial portion of their plans, the EPA estimates that household electricity bills will decrease by an average of $8 per month by 2030. Even if energy prices per kilowatt hour rise slightly at first, a decreased demand for energy as a result of energy efficiency improvements results in net savings for the consumer. When paired with the swiftly falling costs of renewable energy, household energy bills will remain stable or even decrease as time goes on. The issue of energy costs is particularly important to rural communities who, on average, have higher poverty rates.

Finally, the Clean Power Plan is an opportunity to move away from the current energy drivers that damage the rural natural resource base. Both coal and natural gas are extractive industries, often controlled by outside investors, that hold little long-term benefit for rural communities. Not only do extractive industries impact the landscape and natural resource base, but they also drive a boom-and-bust cycle that leaves rural communities with little once the extraction is complete. A study by Headwaters Economics found that though fossil fuel extraction creates enormous wealth, most of that wealth leaves the region where the extraction occurs. The Clean Power Plan aims to establish a cleaner, renewable energy system that will not only protect natural resources, but also avoid the boom-and-bust cycle that has historically hurt rural communities. 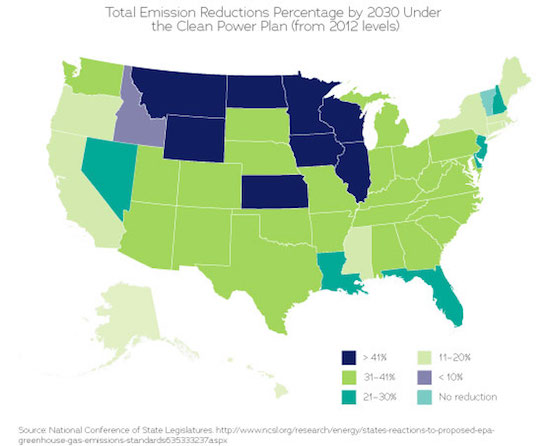 Climate change will continue to impact rural people, natural resources and economies as long as it continues to worsen. The Clean Power Plan takes a step towards slowing climate change, but it can also create jobs and affordable energy supplies. As the Clean Power Plan makes its way through the courts, states should continue moving forward with clean energy initiatives, including developing State Implementation Plans, in order to create an energy future that is fair and equitable for all communities.

(A version of this article appeared on the Institute for Agriculture and Trade Policy website, iatp​.org, and is reposted here with permission from the author. To read the full Clean Power Plan report, click here.)

At the Institute for Agriculture and Trade Policy, Tara’s work centers around climate change adaptation in rural communities and promoting climate-friendly agricultural practices. She holds a B.A. in Environmental Studies from St. Olaf College and a M.S. in Environment and Natural Resources from The Ohio State University.
Have thoughts or reactions to this or any other piece that you'd like to share? Send us a note with the Letter to the Editor form.
Similar articles
Rural America
Bad Prison Food Can Cause Health Problems that Linger After Release
Due to unhealthy food, people in prisons and jails experience high rates of diabetes, heart disease, mental health issues and illnesses related to foodborne pathogens.
Lela Nargi
ViewpointRural America
What Can the Biden Admin Do to Make Our Food System More Resilient? Make it More Local.
Our food supply chains are vulnerable because they’re highly concentrated, corporatized and unaccountable to the public.
Ben Lilliston
Rural America
There Are Only 300 Wolverines Left in the Lower 48. Why Won’t the Government Protect Them?
The Fish and Wildlife Service downplayed the threat of climate change and deferred to industry groups in a recent decision not to protect wolverines under the Endangered Species Act, according to two lawsuits.
Johnathan Hettinger
Join our newsletter
Fearless journalism, emailed straight to you.
Subscribe and Save 59%