Editor’s Note: This article was originally published by Mongabay News and is republished here under a Creative Commons license.

“It is obviously a little early to tell,” Sven Wunder, principal scientist at the European Forest Institute, said in an email to Mongabay. ​“Just one month ago, we were still at all-time US stock markets highs. But we could well see a game-changing 1929 type of watershed moment for the world economy.”

Economic crises have historically had a major impact on the environment. Reduced demand for commodities like timber, vegetable oil, and beef can alleviate pressure on forests, and extractive industries are less likely to invest in exploration or new projects during a recession. The precipitous decline in oil prices this year, for example, has already cut exploration budgets in Brazil by 20%.

So far, the effects of the coronavirus pandemic on commodity markets have been mixed. The price of timber dropped by nearly half in March on expectations of a slowdown in construction, and palm oil is down by nearly 15% since the beginning of 2020, partly due to a dramatic decline in oil prices that has reduced demand for biofuels. On April 2, the U.N. Food and Agriculture Organization said that food prices have dropped overall, including a 12% decline in the vegetable oil price index.

“Eventually, [there will be] less commodity-led agricultural deforestation and timber-led forest degradation, as aggregate demand in export markets is reduced,” Wunder said.

But the price of beef, another key driver of deforestation, has increased slightly since the start of the year, and so far agricultural commodities have only seen slight declines. 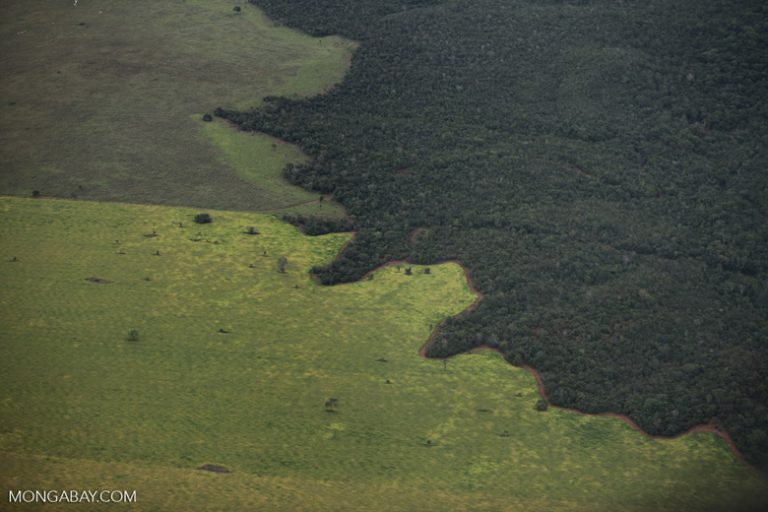 The price of gold rebounded after a sharp drop midway through March, and is up slightly since the start of the year. High gold prices can increase incentives for destructive mining in the Amazon and other fragile ecosystems, but Wunder says if the economic crisis deepens he expects them to fall.

“In the 2008 crisis, gold initially went high, then it went down quite strongly because people were looking for liquidity,” he said.

The impact of an economic downturn on forests could also be determined by what happens in currency exchange markets. If tropical countries see their national currencies crater relative to the dollar, commodity prices listed in those currencies could rise, creating incentives for increased production.

What happens to the environment in the wake of the pandemic will largely depend on the scale of the economic damage it causes. So far, food production has largely been uninterrupted, but if supply chains are disrupted by outbreaks in countries like China, there could be knock-on effects in export markets for beef and other products. 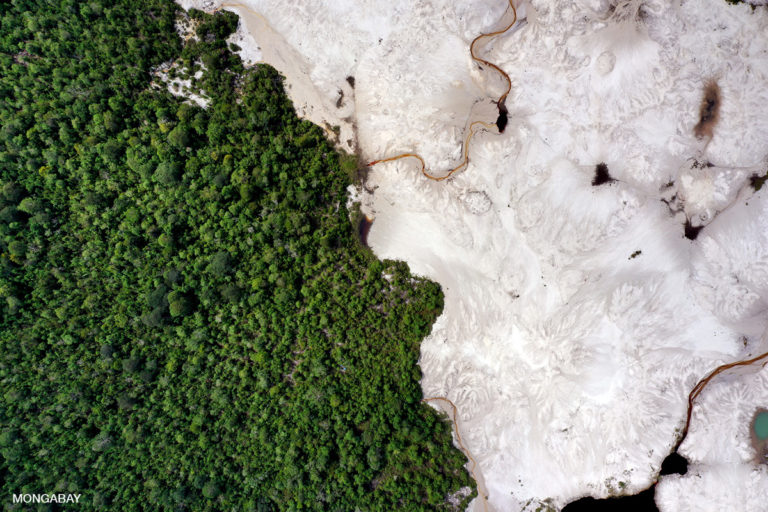 This photo shows the effects of gold mining in Indonesian Borneo. Photo by Rhett A. Butler

World leaders say they hope that stimulus packages will be able to stave off the worst effects of the crisis, but Wunder says they should brace for a potentially devastating period that could fundamentally reorder the global economy.

“This economic fallout may become much more dramatic than the 2008 financial crisis, and the return to any kind of normality much more distant than we as environmentalists and responsible natural resource managers would bargain for,” he wrote in a blog post on March 25.

Such a collapse would be wreak havoc on societies across the world, with millions likely to slip into poverty. But it would also reduce pressure on forests as timber harvesting and other extractive activities slow down.

Wunder says that could be an opportunity for the world to re-evaluate the scale of destruction that those activities have caused in recent decades.

“I think that a crisis is always a chance for structural change,” he said.

Get your copy
Have thoughts or reactions to this or any other piece that you'd like to share? Send us a note with the Letter to the Editor form.
More articles by Ashoka Mukpo
Rural America
Report: More Environmentalists Were Murdered Last Year Than Ever Before
Similar articles
DispatchRural America
How a Small Town in Maine Stopped a Silver Mine
A Canadian company planned to mine silver nearby, so town residents used Maine's “home rule” powers to ban industrial mining and protect their water.
Julia Conley
Rural AmericaThe Wisconsin Idea
Growing food sovereignty on the shores of Lake Superior
On a small Wisconsin island, members of the Bad River Band of Lake Superior Chippewa and volunteers provide fresh food and restore ancestral connection through gardening.
Kip Dooley
Rural America
An Open Letter to Biden from Indigenous Peoples
Trump wrecked the relationship between the U.S. government and Native nations. Here's how the Biden Administration can repair this damage.
Rural America In These Times
Join our newsletter
Fearless journalism, emailed straight to you.
Subscribe and Save 59%