How Do Companies Make Money From Incarceration?

Have you ever wondered how companies make money from incarceration?

These recently released graphics, produced by the research and policy center In The Public Interest, map some of the many ways private companies are involved in each stage of the criminal justice and immigration systems.

The Prison Complex spoke with Donald Cohen, the Executive Director and founder of In The Public Interest.

What sparked this interest in private companies in the criminal justice and immigrant detention systems?

We did it for a few reasons. We focus a lot on private prisons and we realized that it went much further, that there was a lot of private involvement in all the steps that someone walks through when they’re walking through the corrections or immigrant detention system. 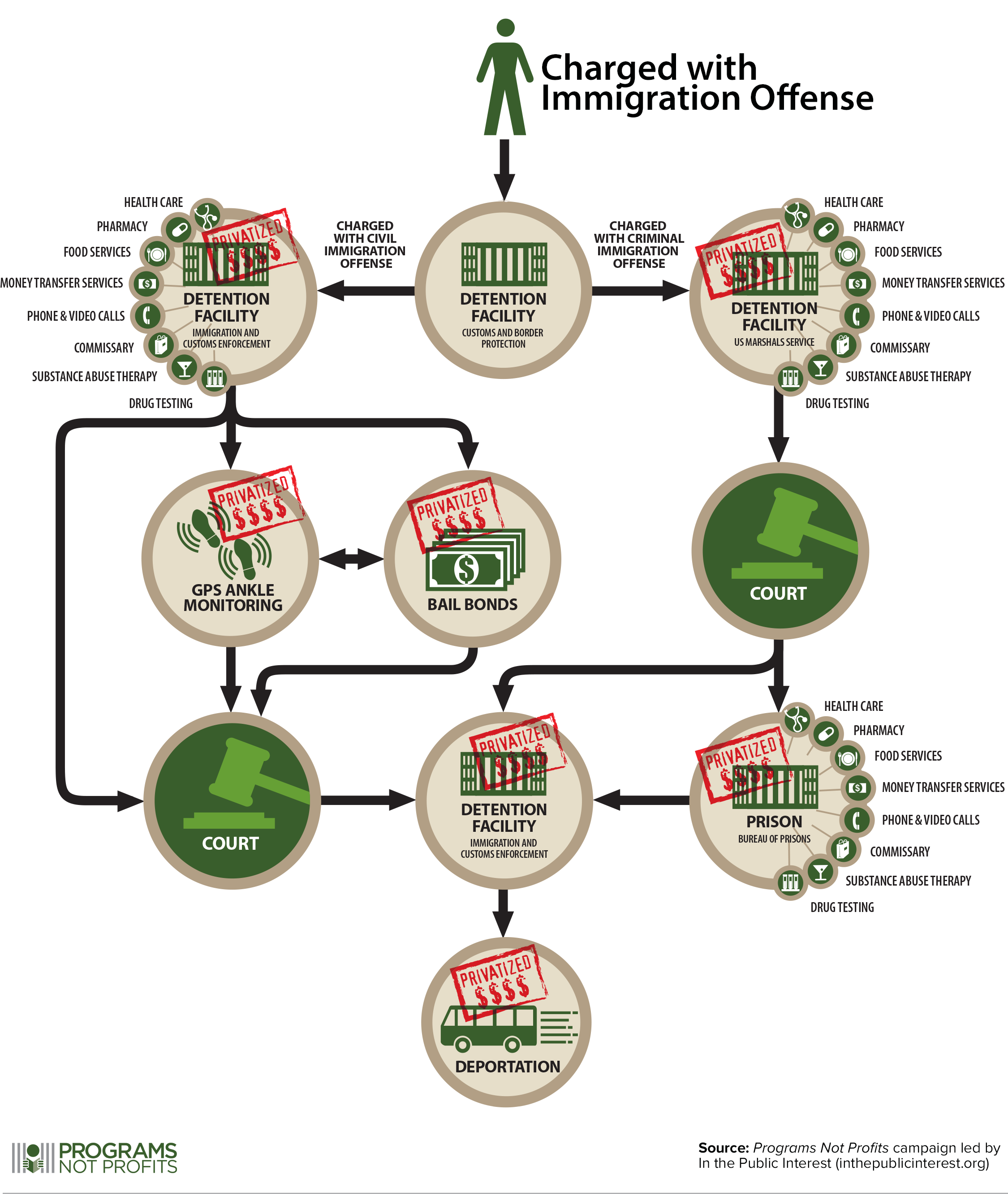 We wanted to give a picture of the entire industry. Private incentives and private interests in public goods in corrections are not aligned with public goals. They make more money by having more people in beds and providing more of these services. We don’t want that. We want less people in these services, we want money spent on education and the things we value. The final reason we wanted to do it, and this is the beginning of a larger project, we wanted to show how much profit is being extracted from the system of corrections which could be used for far better things. Better pay for corrections officers would actually help because there’s high turnover. But also mental health services, and job services and education.

How did you come up with these maps?

Over the last few years we’ve been collecting lists of companies in the industry, and there are industry sources. One of the documents we used a lot was produced by a company that does analysis for investors. They’re saying ​“look at all the opportunities in corrections!” 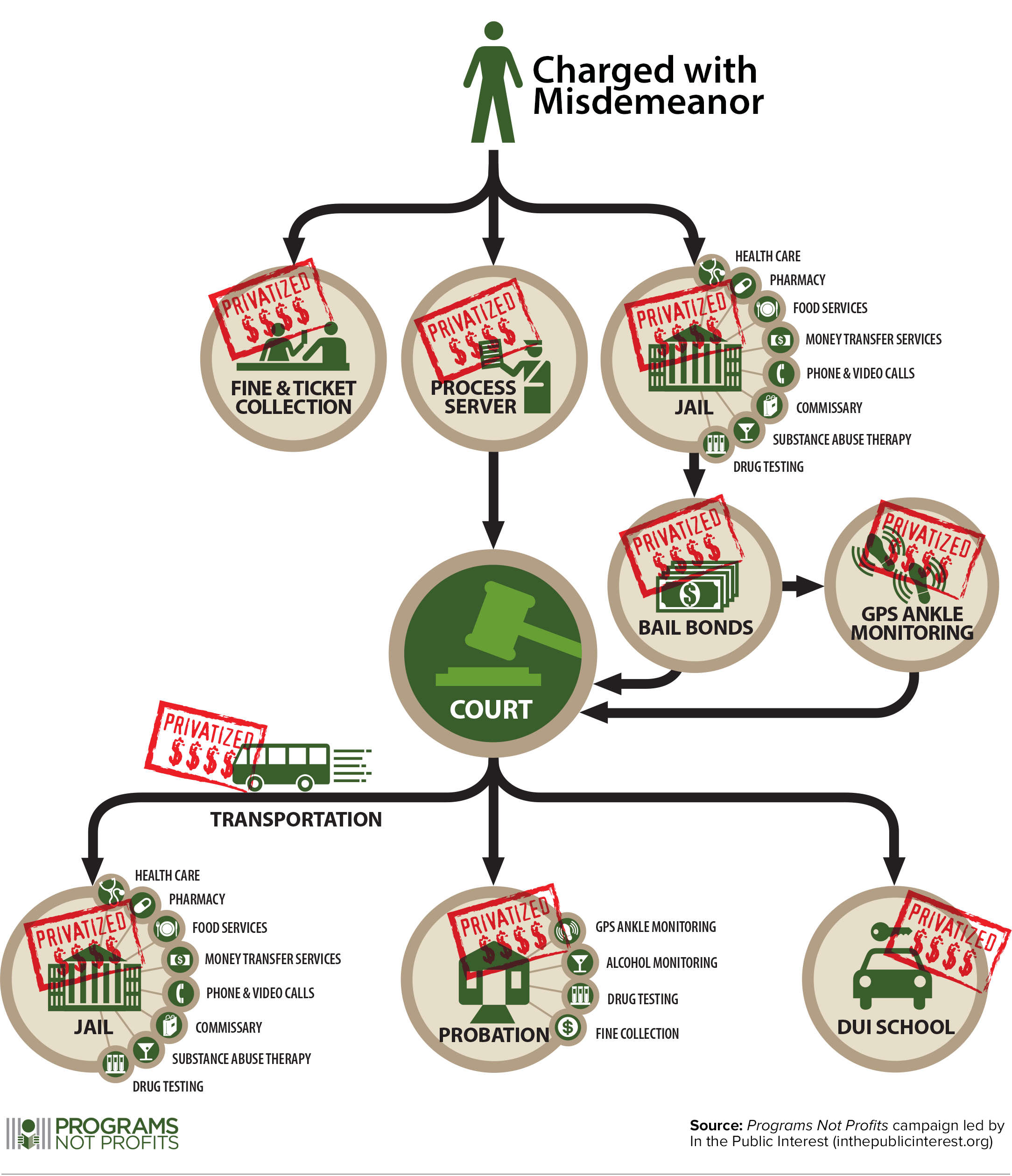 Why focus on private prisons?

(The point is often made that) it’s only 10% of the population. Our work is in the context of a broader analysis around mass incarceration. There are different things we should be doing to reduce prison populations.. We think one key element of (that) strategy is to remove (private company’s) power and influence which is clearly a clash between their interests, which is more heads in beds, and ours, which is less heads in beds.

This interview has been edited for clarity