Growing up, I told a skeptical family member that I wanted to be an organic farmer. He replied, ​“Why make life difficult for yourself by choosing a career that goes against convention?”

The long answer to his question would have included everything from the benefits of farm biodiversity, nutrient cycling, environmental stewardship, animal welfare, reduction of farmworker and consumer chemical exposure, production of healthier food, and, in short, a desire to leave a piece of land better than I found it. Instead, I simply replied, ​“Because it’s the right thing to do.”

Last November esteemed Vermont organic greenhouse grower Dave Chapman testified before the National Organic Standards Board (NOSB) that, if profits were his sole motivation as an organic farmer, he would become a hydroponic grower.

Rather than putting so much effort into caring for the soil by building organic matter and fertility, he would see an immediate boost in yield and profits with a hydroponic container system. Chapman testified, ​“Do you have any idea how profitable hydroponics would be for me if I called it ​‘organic’? Why wouldn’t I do that? Because I believe it would be fraud. Organic must be based in the soil.”

The organic community’s reverence for the complexity of natural soil ecosystems comes from the knowledge that thousands of species are interacting in diverse ways with one another and with the naturally occurring minerals in soil.

Soil, plants, and animal species have been coevolving for millions of years. Soil contains fungi, micro-algae, protozoa, nematodes, invertebrates, actinomycetes (bacteria that grow in filaments), nitrogen-fixing bacteria — even the healthy bacteria that reside in our guts.

This respect for, and desire to work with, natural complexity is rooted in the organic community’s embrace of a systems approach to farming. Organic agriculture rejects the reductionism of conventional systems that has led to monoculture, synthetic fertilizers, pesticides, and genetic modification to the detriment of our land, water, ecosystems and health.

This same reductionism has driven hydroponics. Most industrial ​“organic” hydroponic operations reduce their nutrient requirements to those which can be obtained from hydrolyzed, conventional soybeans. Hydrolyzed soy, fed continuously through an irrigation system into containers filled with coconut husk (coir), is the primary source of fertility used to produce crops of ​“organic” hydroponic tomatoes, cucumbers and peppers. With their vast greenhouses full of plastic containers and tubing, industrial hydroponic systems do nothing to improve the land. 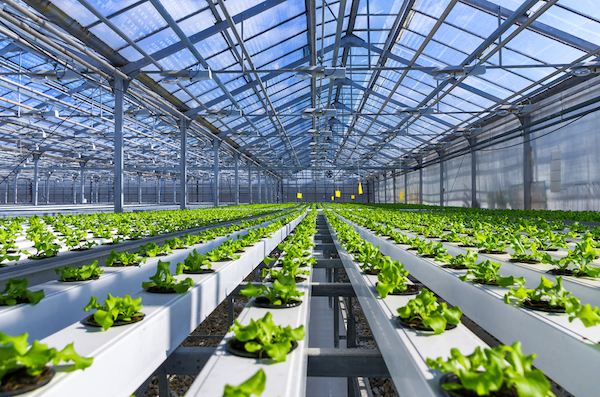 The USDA Organic Seal was developed so that a market premium could go to farmers who incurred additional production costs for adhering to higher standards. The organic standards incorporate environmental and human health, animal welfare and sustainability. The Organic Foods Production Act (OFPA) includes a firm requirement for soil in organic systems because the founders recognized soil’s central role in nutrient cycling and sustainable land management. 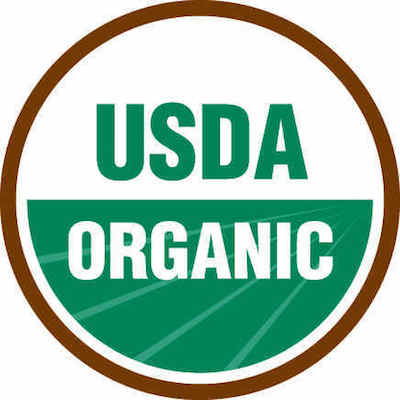 Clearly hydroponic container systems are not compliant with the law, and they are contrary to the spirit of organic as well. These systems do not increase organic matter in the soil, nor do they foster soil fertility, cycle nutrients or capture carbon. However, some organic certifiers and the National Organic Program (NOP) are allowing these hydroponic container systems to be labeled ​“organic” — pushing true organic producers who adhere to the law out of business, because caring for our land is more costly than simply producing food without it.

Meanwhile, certifiers adhering to the letter of the law and upholding the spirit of organics, such as OneCert, Vermont Organic Farmers, and Ohio Ecological Food and Farming Assoc., are losing business as a result. Why would a certifier choose to lose revenue by refusing to certify a hydroponic container operation if the NOP would let them get away with it? The short answer: Because it’s the right thing to do.

There will always be people who make decisions based on profit, while others reject this temptation because of their commitment to operate ethically. The good food movement has continued to experience the co-opting of its language by inauthentic use of the words ​“local,” ​“family farm,” ​“farmstead,” ​“artisan” and even ​“CSA” (short for community supported agriculture).

The original organic stakeholders lobbied to create the National Organic Program to prevent misuse of the word ​“organic” by designing a mechanism to enforce the OFPA. In the case of hydroponics, the NOP has ignored the law altogether because of pressure from corporate agribusiness. More and more, the organic label has become an avenue for industrial-scale producers to make higher profits by incorporating conventional inputs, methods, and systems into the organic label, all with the intent of ​“growing the organic market.”

But this is progress for the sake of progress. Organic enforcement must be strong on the requirements for biodiversity, land stewardship, nutrient cycling, and increasing organic matter in the soil if it is to continue to distinguish itself from conventional farming.

While other production systems certainly have their merits, not all of them should be called organic.

(This article was originally published in the spring issue of The Cultivator—the Cornucopia Institute’s quarterly newsletter. The Institute, through research and investigations on agricultural and food issues, provides information to family farmers, consumers and other stakeholders in the good food movement and to the media. They ​“support economic justice for the family-scale farming community — partnered with consumers — backing ecologically produced local, organic and authentic food.” For more information visit cor​nu​copia​.org.)

Linley Dixon is Farm and Food Policy Analyst at The Cornucopia Institute. She owns a vegetable farm (marketing through a CSA, farm to school, and at farmers markets) in Durango, Colo., with her husband and 4‑year-old daughter. Prior to farming, she spent 15 years studying the impact of farm diversity on plant disease levels. She holds a Ph.D. in Plant Pathology from the University of Florida and a Master’s in Plant and Soil Science through West Virginia University’s Organic Farm Project.
Have thoughts or reactions to this or any other piece that you'd like to share? Send us a note with the Letter to the Editor form.
More articles by Linley Dixon
Rural America
Why Is the Biodiversity Rule for USDA Organic Certification Not Being Enforced?
Rural America
The USDA is Helping Industrial Hydroponics Water Down the Definition of Organic Farming
Similar articles
LaborRural America
Meatpacking Workers Say Attendance Policies Force Them to Work With Covid-19 Symptoms
As the pandemic rages, punitive attendance policies at corporate meat plants coerce sick workers into showing up, according to activists, experts and the workers themselves.
Heather Schlitz
Rural America
For Decades the U.S. Punished Indigenous Healers. Now the Indian Health Service Wants to Hire Them
Sydney Akridge
Rural America
Another Disease Outbreak Threatens U.S. Pigs, But Big Ag Would Rather Talk About Bacon Prices
Martha Rosenberg
Join our newsletter
Fearless journalism, emailed straight to you.
Subscribe and Save 66%