North Dakota voters have rejected a measure that would have permitted corporations to own and to operate dairy and pork farms of up to 640 acres. On Tuesday, 75.7 percent of voters opposed Measure 1.

North Dakota is one of only nine states that prohibit or limit corporate farming. A 1932 law has long forbidden nonfamily corporate ownership of farms. But in March of last year, the state legislature passed a bill that loosened restrictions for dairy and pork farms only.

The North Dakota Farmers Union opposed the law and gathered more than 20,000 signatures to force a statewide vote on Measure 1. The group spent hundreds of thousands of dollars to defeat the measure, far more than the several thousand committed by the dairy and pork interests. According to its president, Mark Watne, about 1,000 people participated in its campaign, making 90,000 phone calls and knocking on 5,000 doors.

North Dakota Farm Bureau President Daryl Lies, who supports legalization of corporate ownership, said he expected the outcome. ​“Considering that the vote no campaign was financed in excess of a million dollars and basically zero dollars were spent on the yes side, it’s not surprising,” says Lies.

The measure’s victorious opponents contend that the law would have invited large corporations to buy land, creating competition that would harm family farmers. They add that the measure could have threatened the North Dakota’s values and heritage. The state’s politics have long been distinctive. It was the site of the People’s Party (the Populists) organizing during the late 19th century, and the Bank of North Dakota, the only state-owned institution of its kind, was founded in 1919.

Watne argues that family farms are more efficient than corporate farms. ​“Farm families tend to train the next generation, to take care of the land,” he says. ​“Corporations reward shareholder profits, which may or may not be in the long-term interest of the land.” Allowing corporations to own land causes consolidation, and ​“creates a competition level for family farms” that can be ​“seen in other states, where there is a decrease in family farms with consolidation.” If farmers want to cooperate, he said, they do not need the corporate business model, and can instead form a partnership. Farmers might also organize cooperatives.

In addition to their economic benefits, Watne believes family farms promote healthy communities. Family farmers ​“tend to live in or near communities where the land is located,” he says. ​“They’re part of society.”

Ahead of Tuesday’s vote on the referendum, one farmer expressed his opposition (in a letter to the editor of a regional ag publication) this way:

“[Measure 1] will only drive up the price of land and rent as corporate farms expand their land base to gain ​‘efficiency’ by spreading costs over more acres. This will cause farming margins to be thinner yet for all farmers and make it difficult for family farmers and especially beginning farmers to compete for land against the deep pockets of corporations.”

“Proponents also falsely tout that Measure 1 is needed to allow current family farms to pass their operation on to the next generation. Current North Dakota laws already allow family members the ability to incorporate or form LLPs. This is really about money and power. Whoever has the most of one has the most of both.”

Supporters of Measure 1 argue that, after years of declining animal farming, the defeated law would have enabled family farmers to join forces to form corporations to better compete.

State Sen. Terry Wanzek, a Republican, sponsored the 2015 bill that would relax restrictions on corporate ownership. He believes fear about corporate competition is ​“way overblown.” He pointed out that his bill restricted corporate farms to 640 acres. It followed the lead of other states like South Dakota, where there are fewer restrictions but where, he said, large companies do not dominate. ​“I don’t think it would cause one iota of competition,” he says. ​“I see more opportunity.”

According to Wanzek, the state is home to only about 16,000 dairy cows compared to Wisconsin’s 1.3 million and about 10,000 hogs compared to Iowa’s 21 million. But North Dakota has resources including open space, low-cost feed, and plentiful water that Wanzek believes create ​“great potential.” If farmers could work together to form a corporation, he says, they could more easily make shared investments to succeed financially.

Wanzek does not believe his bill would have caused a break with his state’s traditions. ​“I don’t think it would affect how we feel about our heritage at all,” he says. ​“I can do in one day what took my grandpa a whole planting season to get done. Even with new technologies, I have the same family, conservative, traditional values as my grandpa.”

Though it prohibits nonfamily corporations, North Dakota is already home to many large farms. According to the U.S. Department of Agriculture, a farm is considered small if it has an annual gross cash income of less than $350,000. North Dakota has the smallest share of small family farms in the nation at 71 percent. 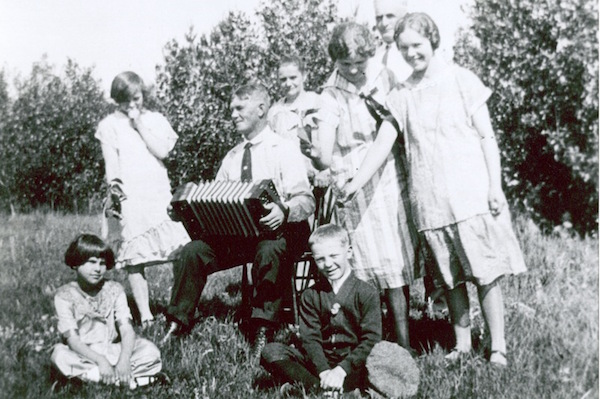 According to David Saxowsky, a professor of agriculture at North Dakota State University, if Measure 1 had passed, it would have ​“probably benefited the economy.” He says that both supporters and opponents of the law make valid arguments. Allowing corporations to operate dairy and pork farms would enable family farmers in those industries to incorporate with second cousins and neighbors, creating new opportunities. At the same time, loosening regulations would allow outside corporations to buy land, providing new competition for local family farms.

Saxowsky raised additional concerns about environmental damage. ​“If not properly managed, it could have an adverse effect on the environment,” and in particular might have caused ​“some contamination of water resources.” In addition to fertilizer and pesticide runoff, one of the largest agricultural threats to water quality, whether owned by a family or corporation, are Concentrated Animal Feeding Operations (CAFOs). Not to be confused with ​“manure”, aquatic ecosystems are not equipped to handle the sheer volume of urine and feces these industrialized operations generate.

Wanzek says he does not intend to re-introduce the law now that citizens have rejected it. But opponents of the 1932 law restricting corporate ownership have not given up. Last month, the Farm Bureau sued, asking a federal judge in Fargo to invalidate the entire law. The Bureau informed the Grand Forks Herald that the case will be transferred to Southwestern Federal District Court in Bismarck.

Lies says his organization is suing because the existing law is unconstitutional and discriminatory. ​“As farmers,” he says, ​“we can’t use the corporate structure like any other business.”

See the options
Alex McLeese is a 2016 editorial intern at In These Times. He is working on a paper about the socialist philosopher John Dewey and is an activist with the Democratic Socialists of America.
Have thoughts or reactions to this or any other piece that you'd like to share? Send us a note with the Letter to the Editor form.
More articles by Alex McLeese
Rural America
New Research Shows Immigrants Working in Rural America are More Likely to Live in Poverty
Feature
The Lively Politics of 1930s Art
The exhibit After the Fall reveals the radicalism—and other political views—behind much of the decade’s painting.
Similar articles
Rural America
Building on Standing Rock, Native Americans Lead the Way at the People’s Climate March in D.C.
Stephanie Woodard
Rural America
USDA Deletes Records of Animal Abuse from Website
Rural America In These Times
Rural America
Watch Leonardo DiCaprio’s New Climate Documentary, Before the Flood, Right Here
Rural America In These Times
Join our newsletter
Fearless journalism, emailed straight to you.
Subscribe and Save 66%