The National Organic Program Is Getting a New Boss, Here’s Why That’s Long Overdue

On September 10, Miles McEvoy, deputy administrator of the USDA’s National Organic Program, announced his resignation at the end of the month. He has held the post since early in the Obama administration. Included in his resignation letter was a list highlighting his top 10 accomplishments as leader of the program.

After the Bush USDA was widely considered to have delayed implementation of the organic standards (12 years after congressional passage of the Organic Foods Production Act, or OFPA), McEvoy took over, with some fanfare, given his background in organic certification. Initially, The Cornucopia Institute was among those cheering his appointment.

But McEvoy, a darling of the powerful industry lobby — the Organic Trade Association — instead shifted policy during the Obama-Vilsack USDA years to favor the corporate agribusinesses that have acquired most of the leading organic brands (Dannon, Dean Foods, Kellogg’s, Purdue, Coca-Cola, General Mills, etc.). As a result, the USDA became a big cheerleader for Big Organic.

McEvoy failed to enforce many tenets of OFPA, causing ethical, law-abiding family farmers extreme financial distress. Since April of 2015, The Cornucopia Institute has formally requested that he be removed from his position.

When McEvoy announced his retirement to the organic community, he included a 10-point list of his accomplishments. However, while he was rearranging the proverbial deck chairs on the Titanic, more concerned with ​“process” than whether organic farms and the food they produced were actually organic, he missed the most important big picture impacts. 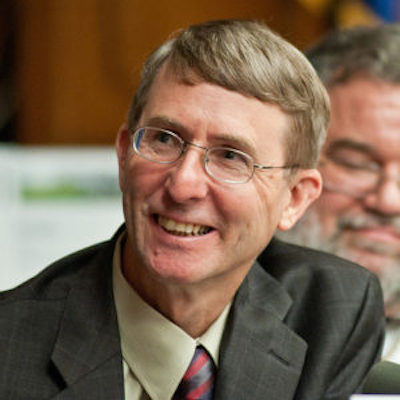 The following is The Cornucopia Institute’s own list of Miles McEvoy’s top ​“accomplishments”:

1. Failing to enforce organic pasture laws on organic factory farm dairies. This caused some real organic dairy farmers to sell their cows, be forced out of business, or return to conventional production because of falling prices, quotas or no market at all for their milk. This also robs consumers purchasing factory farm milk of the beneficial fats and nutrients found in real organic dairy products.

2. Allowing the largest industrial producers of ​“organic” eggs to confine their birds and corner the market (i.e one ​“farm” has over two million birds). Shut out of the market, thousands of farm families could not diversify their incomes by producing organic eggs and poultry because the USDA failed to enforce existing animal welfare standards. The factory farm eggs rob consumers of the most flavorful, nutritionally dense eggs.

3. Facilitating a stealth attack on organic vegetable and fruit producers by quietly permitting the country’s largest certifiers to allow giant agribusinesses to label crops grown without soil (hydroponic container production) as ​“organic.” Unknowing consumers of hydroponic produce were robbed of the most flavorful, nutritious fruits and vegetables and real organic vegetable farmers were squeezed out of the market.

4. Ignoring the documented concerns of NGOs and farmer-owned grain cooperatives for over a decade regarding the exponential increase in imports of alleged organic commodities from countries with endemic levels of commercial fraud—until the damage was done to both farmers and the reputation of the organic label after a damning indictment of the fraud in the Washington Post earlier this year.

5. Spearheading a change that gutted the provisions of the Organic Foods Production Act that called for all synthetic/non-organic ingredients to sunset after five years, on behalf of the corporate organic sector (subject to a current legal challenge).

6. Stacking the NOSB with members of the powerful industry lobby group, the Organic Trade Association. Corporate executives were given seats designated by Congress for independent stakeholders, including seats for individuals who ​“own or operate an organic farm.” This radically undermined the diversity that Congress had intended to buffer organic rulemaking from corporate influence (also being challenged in federal court).

7. Materially reducing public participation in the National Organic Standards Board (NOSB) process by reducing the time allotted for individual public testimony during their semiannual meetings.

8. Ignoring or reversing many important votes of the NOSB, including prohibiting the hexane extraction of algal oil (DHA) (which is still found in some organic infant formula) and allowing the use of conventional dairy whey protein concentrate, even after a unanimous vote by the NOSB to remove it.

9. The NOSB voted unanimously, in 2012, to begin a review process of ​“inert” ingredients. ​“Inert” ingredients frequently compose as much as 99 percent of pesticide products. Although organically approved pesticides are commonly botanically based, other synthetic inert ingredients can potentially be dangerous. Under McEvoy the USDA sat on their hands, ignoring the law and doing nothing to implement the NOSB recommendation, instead of protecting consumer interests.

As McEvoy exits, the reputation of organics has been injured, sales growth has flattened, family-scale farmers are being forced out of business, a growing percentage of new, exemplary producers are increasingly opting not to become certified organic, and consumer confidence has been shaken.

That’s the track record of the last eight years at the USDA’s National Organic Program. Where will Miles McEvoy end up as he goes through the revolving door as a former federal regulator? Stay tuned to see if he is financially rewarded for his ​“accomplishments.”

In the meantime, The Cornucopia Institute will continue to research and publish industry sector reports and scorecards enabling consumers and wholesale buyers to choose and reward the truly ethical brands in the organic movement/​industry.

True organic agriculture protects the environment, treats domestic animals humanely, and produces safe, nutritionally superior food. The good news is that the vast preponderance of family-scale organic farmers, and the independently owned, ethical food processors and marketers that partner with them, can be trusted. It’s worth the effort to do the extra research necessary to identify them, and it’s worth staying engaged in the organic sausage-making that takes place in Washington.

The focus now turns to Sonny Perdue and the Trump USDA. The legacy of the past two administrations, Republican and Democratic, in terms of respecting Congress’ mandate in creating a fair and level playing field in the organic industry, has been abysmal. Let’s see if Secretary Perdue and President Trump can successfully drain the organic swamp. 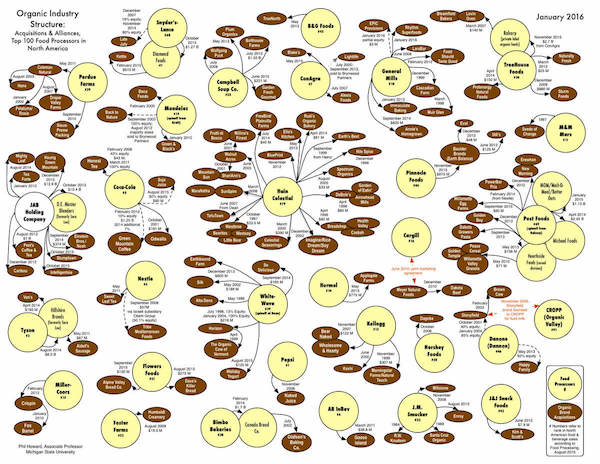 “Will Someone New at the Helm of the USDA’s National Organic Program Steer the Ship Towards Congress’s Intent — Protecting Farmers and Consumers?” was originally published on The Cornucopia Institute’s website and is reposted on Rural America In These Times with permission.

Linley Dixon, senior scientist at the Institute, has a Masters in Soil Science from West Virginia University’s organic farm project and a PhD in Plant Pathology from the University of Florida. Her family operates Adobe House Farm, a mixed vegetable farm in Durango, CO.

Mark Kastel is a veteran of agribusiness giants International Harvester, JI Case, and the FMC Corporation. He made the shift to organic agriculture after pesticide poisoning. Prior to cofounding The Cornucopia Institute almost 14 years ago, he spent more than 15 years running MA Kastel and Associates, a political and business development consultancy benefiting the family farm community.

Check out the options
The Cornucopia Institute, a Wisconsin-based nonprofit farm policy research group, is dedicated to the fight for economic justice for the family-scale farming community. Their Organic Integrity Project acts as a corporate and governmental watchdog assuring that no compromises to the credibility of organic farming methods and the food it produces are made in the pursuit of profit.
Have thoughts or reactions to this or any other piece that you'd like to share? Send us a note with the Letter to the Editor form.
More articles by The Cornucopia Institute
Rural America
Dueling Corporate Interests Await Pending Updates to Organic Animal Welfare Standards
Rural America
Organics Watchdog to Federal Panel: Hydroponically Grown Food Fails to Meet Organic Standards
Rural America
Organic Industry Watchdog Calls USDA ‘Animal Welfare’ Rulemaking a Betrayal of Farmers and Consumers
Similar articles
ViewpointRural America
The Food Crisis Didn’t Begin with the War in Ukraine
Even as the failures of industrial agriculture become obvious, U.S. agribusiness aims to force it on the rest of the world.
Jim Goodman
Rural America
Yellowstone Is Losing Its Snow, with Repercussions for Everyone Downstream
A climate assessment found that snowfall is declining in Greater Yellowstone — and likely to keep declining. The problems trickle down to impact everyone from trout to grizzly bears to people.
Bryan Shuman
Rural America
Our Food System Is Broken and Biden’s USDA Pick Won’t Fix It
Tom Vilsack showed his pro-corporate colors when he served as Obama's ag secretary. To build a just food system under his leadership, we will have to push from below.
Jim Goodman
Join our newsletter
Fearless journalism, emailed straight to you.
Subscribe and Save 66%