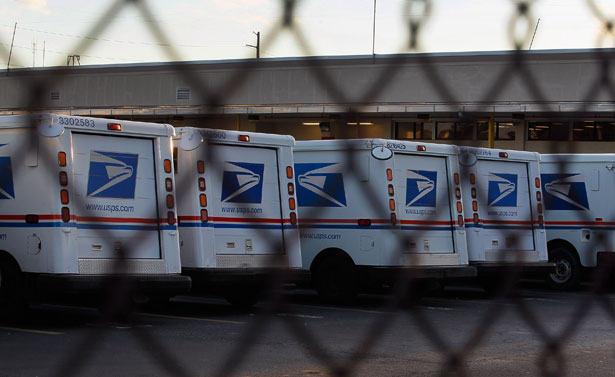 On Monday, the Obama administration took a stance on the postal service’s financial problems by endorsing plans to shorten mail service to five days and declining a proposal that would allow Congress to lay off workers protected by collective bargaining agreements.

The President’s plans were unveiled less than a week after the postal service announced plans to conduct a study to evaluate whether to consolidate 250 processing facilities across the country.

Unions representing the postal workers showed mixed opinions toward Obama’s plan and opposed any measures to close facilities. And with the recent announcement of further cuts, postal workers have started to mobilize television ads and national campaigns in support of legislation they say would prevent layoffs, preserve their bargaining rights and keep the postal service afloat.

The cash-strapped postal service lost $8.5 billion last year and is slated to lose more money when its fiscal year ends this month. Higher Internet usage and competition from private carriers have resulted in lower mail volume and, in turn, the postal service has reduced its workforce by 100,000 employees through attrition over the last four years and cut $12 billion.

More cuts are planned. USPS says the changes to its distribution centers would save $3 billion a year and bring facilities in line with reduced demand. The postal service also announced plans in the summer to study the possible closures of 3,700 post office locations as part of larger plans to reduce its workforce by 220,000 employees (of the current 653,000) by 2015.

Unionized postal service workers are protected from layoffs as part of their collective bargaining agreement. It is not clear yet what will happen to any affected workers, since legislation and company decisions are not yet finalized.

In places like Illinois, nine processing facilities, employing 1,800 workers statewide, are under evaluation. USPS spokesperson Mark Reynolds told In These Times that workers affected by any closings could be transferred or work other positions. It is not likely that any decisions to close the facilities will be made before early 2012, he added. “Whatever decisions are made, we will work to place the people elsewhere in the company,” said Reynolds. “We will make every attempt to keep them wherever we can.”

A local spokesperson for the American Postal Workers Union was not available for comment.

On the national scale, the postal service and unions are separately urging Congress to take action on postal reform.

Unions are now buying ads and are planning nationwide rallies to support a bill proposed by Rep. Stephen Lynch, D-Mass., over one proposed by California Republican Rep. Darrell Issa, who is also chairman of the House Committee on Oversight and Government Reform.

Issa’s plan seeks to end Saturday mail deliveries, set up groups to close facilities and give the postal service power to modify collective bargaining agreements and lay off workers.

The postal service agrees with Issa's plan to reduce mail delivery dates but says the plan does not address healthcare and retirement issues. Instead, the postal service wants measures that would allow more flexibility in managing workers' benefits, delivery days and its workforce numbers.

The American Postal Workers Union, the National Association of Letter Carriers and the National Postal Mail Handlers Union paid for ads in support of Lynch’s legislation that are slated to run on three cable news channels for two months.

The unions say Lynch’s bill would maintain service and keep jobs by allowing the postal service to use pension surplus funds to finance a pre-funded healthcare program. The ad specifically calls attention to the 2006 law that requires USPS to pay an annual $5.5 billion over 10 years toward future retiree benefits for the next 75 years. Issa’s plan does not include changes to the prepayment of retiree benefits, which the unions support. The White House plan offers to return an annual $7 billion to the postal service over a two-year period from an overpayment to the federal retirement fund. The move was welcomed by unions but viewed as a short-term solution.

The three unions, in addition to the National Rural Letter Carriers Association and National Association of Postal Supervisors, have also planned rallies in Congressional districts on Sept. 27 to support Lynch’s bill.

The postal service, the unions, the White House and Congress seem to generally agree that some postal reform is necessary, but differ on specific policy measures. Meanwhile, the postal service has until the end of the month to meet its annual $5.5 billion obligation.