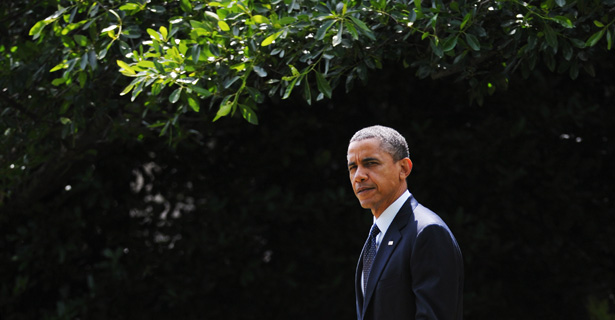 "When all Israel saw that the king refused to listen to them, they answered the king: ‘What share do we have in David, what part in Jesse's son? To your tents, O Israel! Look after your own house, O David!’ So the Israelites went home.” 1 Kings 12:16

The Scott Walker recall campaign was likely the biggest political setback for organized labor since the passage of the Taft-Hartley Act in 1947. The labor-led campaign for Milwaukee Mayor Tom Barrett demonstrated both courage and considerable muscle in an effort that nearly—but not quite—neutralized a Citizens United-fed onslaught of millions of dollars on behalf of the union-busting, budget-slicing Republican governor. In the election’s aftermath, the labor movement and its allies will pick themselves up and prepare to fight again. But first, they have a right to demand accountability from the leader of the Democratic Party, President Barack Obama.

Remaining safely out of the state throughout a brutal year of grassroots resistance to Walker’s attacks on school funding, pensions, and women’s health care as well as public-sector bargaining rights, Obama merely tweeted his support the day before the fateful election. To the growing ranks of protesters who had first morphed into a social movement and then tried to transform themselves into an effective electoral machine, all he offered were the words: “It's Election Day in Wisconsin tomorrow, and I'm standing by Tom Barrett. He'd make an outstanding governor.”

There are undoubtedly political rationales but there is no moral excuse for the White House brushoff delivered to the Wisconsin Movement. The chemistry between political leaders and followers requires a regular infusion of energy—and occasional sacrifice—from each side. In this case, benign neglect from above demands an equally calibrated response from the Democratic base. This summer, disappointed Wisconsin partisans should take a time out from the presidential campaign. Let us observe over the next several weeks whether or how much the White House cares about its truest-blue minions. Before giving more time or money to his re-election campaign, let us allow the president to define his intentions towards public- and private-sector workers as well as the unemployed, in a way he did not choose to do during the Wisconsin campaign.

The moral economy of group loyalty and personal accountability are deeply rooted in Biblical tradition. In particular, the words from 1 Kings 12:16 quoted above constitute a warning to every leader (royal or democratic) not to take his or her followers for granted. The British Fabian Society, for example, invoked the phrase to call on working-class voters to desert the Liberals in favor of Independent Labor candidates in 1893. More obliquely, after President Franklin Roosevelt backed away from taking sides following a deadly massacre of workers at Republic Steel in 1937, CIO chief John L. Lewis famously likened the “sorrows” of labor to those of “Israel” and rebuked the president: “It ill behooves one who has supped at labor's table and who has been sheltered in labor's house to curse with equal fervor and fine impartiality both labor and its adversaries when they become locked in deadly embrace." Is it time for labor to draw another line in the sand? Especially against the Republicans' clear intent to destroy the political capacity of the labor movement, it should not take much for Obama to gather the enthusiastic backing of all union members and their friends come November. It should not take much, but it should take something.

In the meantime, let’s put our friends on notice with the following email to the White House: “President Obama, I’m pro-union and I’m standing by.” For good measure, and for accounting purposes, cc your message to peoplepower@aflcio.org.