Good News for New York’s Tipped Workers: Your Minimum Wage is Going Up 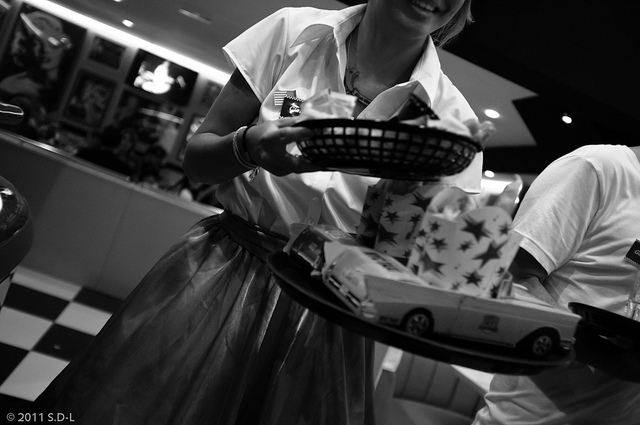 Worker advocates say they're going to continuing pushing for an end to the two-tiered minimum wage system. (Simon Dufour-Loriolle / Flickr)

New York Governor Andrew Cuomo is no friend to labor, but this week his policies helped one of the most vulnerable segments of workers. On February 24, Commissioner of Labor Mario Musolino announced he would be following the earlier recommendation from the Wage Board to increase the minimum wage for tipped workers 50 percent to $7.50 an hour.

The move is the culmination of a process that began when Cuomo appointed the Wage Board last fall. Tipped workers were explicitly exempted from the 2013 minimum wage increase in New York state.

New York’s minimum wage for other workers is currently $8.75, and will be increasing to $9.00 on December 31. While servers are entitled to making at least that same minimum wage, with employers legally obligated to make up any shortfall, the law is often ignored. Cuomo says he would eventually like to see the state minimum wage increase to $10.50 and go as high as $11.50 in New York City.

While a big win for the hospitality industry as a whole, some groups are emphasizing the importance of the measure for women especially. According to the Restaurant Opportunities Centers United (ROC United), a workers organization with groups around the country that has worked to eliminate the two-tier tips-no tips wage system altogether, 71 percent of servers in the food industry are female—workers who, because of the tipped system, often say they face high levels of sexual harassment on the job.

“Today’s announcement is a victory for the thousands of New York women who have been demanding a more just and hospitable work environment in one of the fastest growing and largest economic sectors in the country—the restaurant industry,” said Saru Jayaraman, co-founder and co-director of ROC United, in a statement. Jayaraman said they would continue to work toward the elimination of the two-tiered system.

The increase will help of thousands of workers. According to ROC’s statistics, one in three tipped workers are parents, one in six of those have children that qualify for free lunch, one in seven tipped workers relies on food stamps.

Tipped workers have been subject to a separate wage in New York since the Minimum Wage Law of 1937. Since then, tips have been taken into account so that employers could pay lower wages. Forty-two other states have a similar system.