To Stop the Next Financial Crisis, We Need Public Ownership of Banks—Now 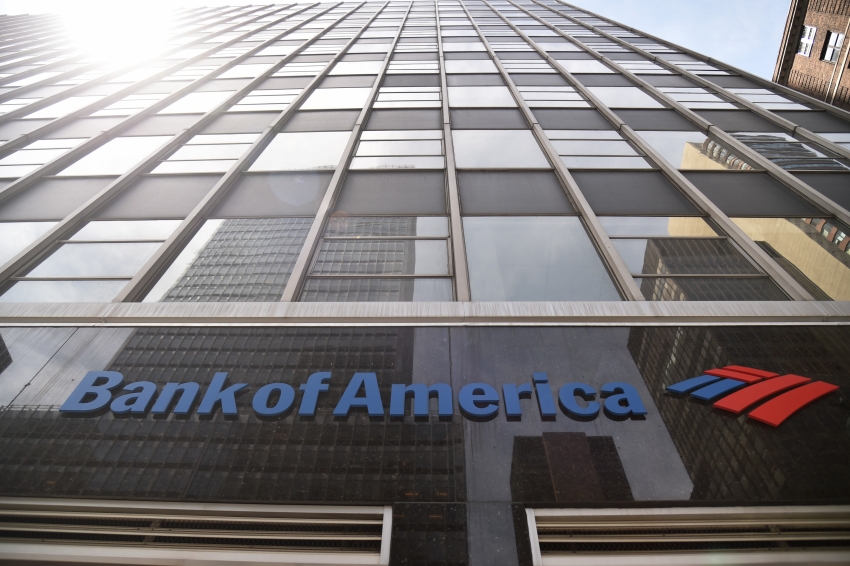 The threat of public ownership could serve as a disincentive to financial managers engaging in risky or fraudulent business practices. (HECTOR RETAMAL/AFP/Getty Images)

In mid-September, a secret party is scheduled to take place in London. The participants will be hundreds of alumni from the defunct global investment bank Lehman Brothers. The occasion? The 10-year anniversary of the bank’s collapse in the midst of the Great Financial Crisis.

For many Americans, the sight of those very same bankers walking out into the streets of New York City in 2008, with cardboard boxes containing their belongings and shocked looks on their faces, was the first sign that something was truly wrong.

But the subsequent publicly funded rescue of America’s giant financial corporations and the “1 percent” demonstrated how unable and unwilling the nation’s political leadership was to address that wrong by fundamentally reshaping the industry responsible for the crisis in the first place. A decade later, we are still experiencing the political, economic and social ramifications of that failure.

There will be another financial crisis. That much is certain. Only when and how destructive it will be is up for serious debate. The financial industry is more consolidated that it was in 2007—dominated by banks still too big to fail. Bank lobbyists and their congressional allies have systematically undermined the weak regulatory reforms put in place after the crisis, demonstrating again that the tremendous political and economic power these financial institutions wield makes strong regulatory and institutional reforms (such as “breaking up the banks”) improbable, if not impossible.

These realities make it likely that when the next crisis hits, the public will once again be called upon to step in and bail out Wall Street. We need to start seriously preparing an alternative response. One option is to push for legislation that would require a public ownership stake, with full voting rights, in any financial institution that has to be bailed out due to its own fraudulent or speculative activities.

Public ownership of banks is not as crazy as it may sound. It has been the default political response to financial crises around the world for decades—including in the United States 10 years ago when the government took controlling ownership positions in Fannie Mae, Freddie Mac, AIG, Citigroup, and GMAC, and provided capital injections to over 700 banks.

Almost all commentators who supported these bailouts and short-term nationalizations emphatically rejected long-term public ownership. Such offhand judgments, however, deliberately ignore the extensive, and often highly successful, experience with public banking both in the United States and around the world.

Across Europe, more than 200 public and semi-public banks account for roughly a fifth of all bank assets. In Germany, the Sparkassen, a network of around 400 publicly owned municipal savings banks, “[came] through the crisis with barely a scratch,” according to the Economist, unlike some of the country’s larger private banks. The nearly 100-year-old Bank of North Dakota, which has around $7 billion in assets and a loan portfolio of $4.9 billion, is widely credited with helping the state get through the 2008 crisis with the lowest foreclosure and credit card default rates in the country, and with no bank failures for more than a decade. The bank made loans while private banks were freezing credit, all while continuing to contribute revenue to the state’s budget.

Before the financial crisis, neoliberal economics and public policy dismissed publicly owned banks as a relic of the past, the prevailing wisdom being that they were inherently less efficient than private banks. However, the available research does not universally support that “wisdom.” For example, the Organization for Economic Cooperation and Development, in a 2014 summary of available research of publicly owned German banks, concluded that “savings banks appear to be at least as efficient as commercial banks.” Similarly, researchers in the United Kingdom found in 2010 that “the notion that governments [can’t] run banks effectively” was “not well founded” and “if anything, government ownership of banks has, on average, been associated with higher growth rates.”

Moreover, the financial crisis has made it exceedingly difficult for even the staunchest of neoliberals to argue that privately owned banks are more efficient when their activities nearly brought down the entire capitalist global economy, required massive government bailouts, and caused tremendous human suffering.

Structured appropriately, the mere threat of public ownership could serve as a powerful disincentive to financial corporation owners and managers engaging in risky, speculative, or fraudulent business practices. If such public takeovers actually occur, the new entities could be restructured to focus on social benefit and broad-based economic prosperity—for instance, financing renewable energy and a green transition, converting businesses to worker ownership, or rebuilding crumbling local infrastructure. They could be made more transparent and democratically accountable. And they could help reverse increasing wealth inequality by keeping executive pay and compensation in check.

Moreover, public ownership of major Wall Street banks would be a valuable complement to the burgeoning movement for local and state public banks across the country, and for an overall more decentralized, localized financial system. In the same way that the Bank of North Dakota supports local community banks, large publicly owned banks could partner with those local banks to support a wide array of services.  For those who ultimately want a much more decentralized financial system, such a plan does not preclude ultimately breaking up the banks. In fact, it is almost a prerequisite. In a crisis situation, with banks on the verge of failing, simply breaking them up is not an option. First, they must be saved, which would necessitate either a bailout or public ownership.

Opinion polls have repeatedly shown that a solid majority of Americans across the political spectrum detest bank bailouts and that, in fact, they would rather support some form of public ownership. During the next financial collapse, that sentiment would likely intensify—and could be harnessed for systemic change if we’re ready with a developed, viable and vetted plan based on a coherent vision.

The next crisis will be the Left’s opportunity to demand a new financial system—and we must develop that vision today in order to be able to fight for it tomorrow. The future of banking is far too important to be left to the bankers.