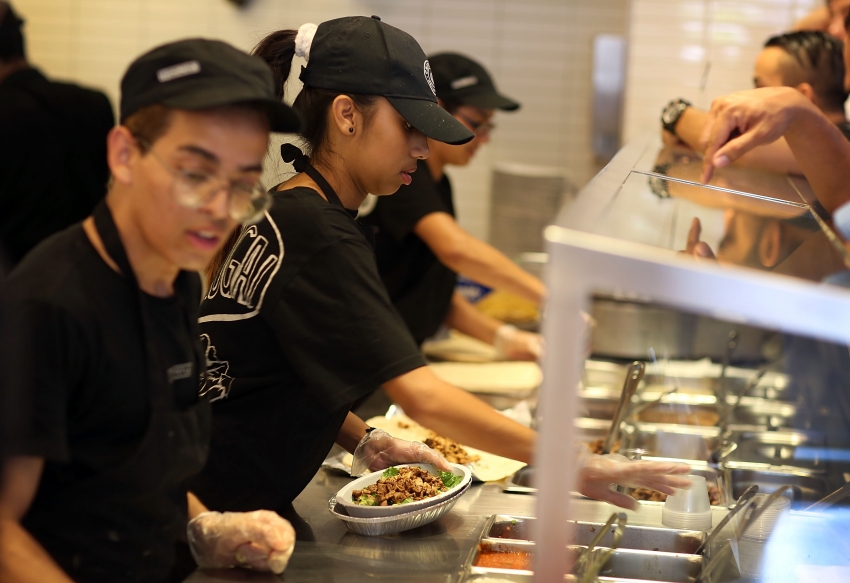 My best friend works as a standardized patient, which means she is a practice patient for medical schools to train and test students. One day she’ll play an older woman with a pulmonary embolism, her face stricken with worry, the next someone with depression, limp and listless. Each workday medical students fumble at her bedside, and at her body, some nervous and gentle, others over-confident and brusque, as she guides them through learning their craft. It’s not bad for wage work, with each gig paying somewhere between $16 and $25 an hour, although this doesn’t always cover the time spent learning the part, let alone biking miles through Chicago’s potholed streets so she can make it from one 3-hour gig to the next.

Even though it’s not bad, she’s living—like most people in this country—on a razor’s edge. One of her gigs this week was cancelled because of the COVID 19 outbreak, which is now officially a global pandemic. Her employer paid her for the job, because she got less than 24-hours notice, but she will receive no pay for the other upcoming events this and next week that have been cancelled. One of her other gigs (all her jobs are non-union) has a two-week cancellation policy, a source of comfort to her. But what if that workplace gets shut down for more than two weeks? What if all of her jobs are shut down for six? If her income dries up, there’s no designated person to swoop in and help her, no bailout or government agency that has her number and will make sure she’s okay. She’s about two months out from not being able to pay rent or buy food.

My friend’s situation is unremarkable. She’s slightly better off than many Americans, 40% of whom don’t have enough money in the bank to weather a $400 emergency. She’s got $1,960 in her checking account, and $2,010 in her savings—although the latter will all go to her taxes, which are high because she's classified as an independent contractor at some of her jobs. Perhaps most critically, she has access to extended networks of white wealth that people of color don’t have, and she can call on them in a pinch.

But like 27 million Americans, she doesn’t have health insurance. Of the last two bike accidents she got in, one was serious, but she couldn’t afford to go to the doctor, so she instead relied on friends who are nurses. One diagnosed her with a concussion over the phone. According to a Gallup poll from 2019, 25% of people in the United States say they or a family member “put off treatment for a serious medical condition in the past year because of the cost.” My friend, like all these people, can’t afford to miss work due to sickness, let alone treat what’s wrong with them when there’s not a global pandemic. What will she do if she gets COVID 19?

The GOP just blocked an emergency paid sick leave bill from advancing in the Senate. Oil and gas companies are pressing the White House to grant them a bailout from a downturn linked to COVID 19, and at the same time urging the Trump administration to avoid supporting any paid sick leave policy. Just like we lack a federal paid sick leave law, we have no guaranteed paid bereavement leave in this country. And in case we’d forgotten our precarity, Joe Biden just reminded us by suggesting that if he were president he’d veto Medicare for All—a universal, single-payer healthcare program—because it’s too expensive.

According to the Economic Policy Institute, higher-earning wage workers are “more than three times as likely to have access to paid sick leave as the lowest paid workers.” But only 30% of the lowest paid workers—who are more likely to have contact with the public in restaurants, daycares and retail outlets—get paid sick leave. Workers are not taking this sitting down. In New York, Chipotle employees are walking off the job and publicly protesting the company for allegedly penalizing workers who call in sick. "They want us to shut up," worker Jeremy Pereyra, who says he was written up by Chipotle for calling in sick, told Gothamist. "They want us to stop. But we're not going to stop until things get better."

The first round of job losses is already here. The Washington Post reports that some drivers at the Port of Los Angeles were sent home without pay, others laid off. Travel agencies in Atlanta and Los Angeles let people go, as did a hotel in Seattle, a stage-lighting company in Orlando, and Carson’s Cookie Fix bakery in Omaha, hit by declining customers. “If my job’s laying off people, I can only imagine other employers are as well,” said Baiden King, who lost her job at the bakery, telling the Post she plans to move back in with her parents. “I’m not sure anyone will be hiring.”

Even before this crisis, workers were held captive by the stock market—most gaining nothing directly from its rise, which largely lines the pockets of rich people and distributes wealth upwards when it’s doing well. But workers feel its decline in the form of lost jobs and increased precarity. Now that stocks are tumbling amid the virus outbreak, this extortion racket is escalating, and the fundamental instability and savagery of capitalism is being laid bare.

The systems that are breaking down in this crisis were already broken before it began, and a radical reimagining of what could replace them is the best and only option—for this public health crisis, and for the ordinary, everyday crises that go unremarked. Universal income, Medicare for All, an immediate end to the brutal sanctions regime worsening the outbreak in Iran and around the world, a moratorium on evictions, the freeing of prisoners: Anything less than full social mobilization in the name of solidarity will leave us falling without a net. Or biking without health insurance, to a job that could evaporate.