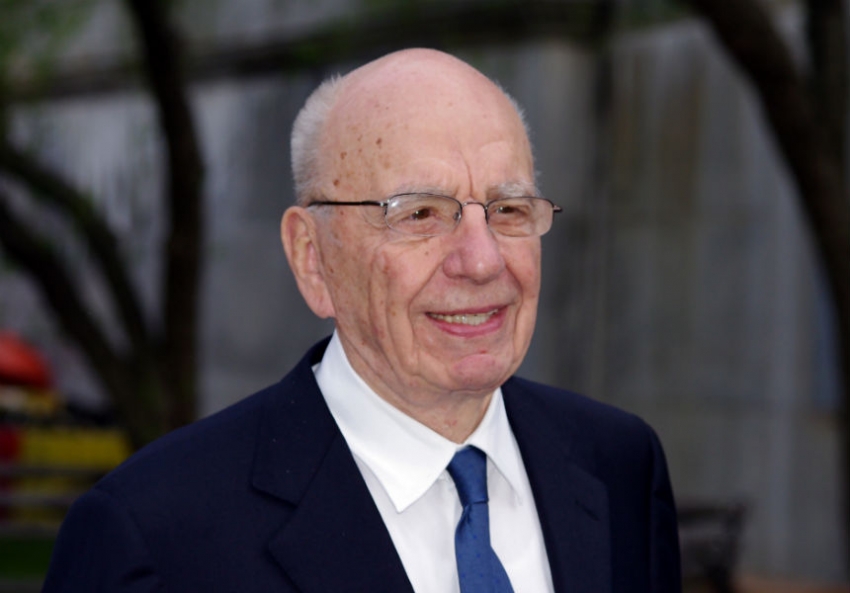 In 2010, billionaire Rupert Murdoch declared for-profit K-12 education 'a $500 billion sector in the U.S. alone that is waiting desperately to be transformed.' (David Shankbone / Wikimedia Commons)

The Con Artistry of Charter Schools

Once an effort to improve public education, the charter school movement has transformed into a money-making venture.

'Instead, they divert public monies to pay their six-figure salaries; hire uncertified, transient, non-unionized teachers on the cheap; and do not admit (or fail to appropriately serve) students who are costly, such as those with disabilities.'

There’s been a flood of local news stories in recent months about FBI raids on charter schools all over the country.

From Pittsburgh to Baton Rouge, from Hartford to Cincinnatti to Albuquerque, FBI agents have been busting into schools, carting off documents and making arrests leading to high-profile indictments.

“The troubled Hartford charter school operator FUSE was dealt another blow Friday when FBI agents served it with subpoenas to a grand jury that is examining the group's operations. When two Courant reporters arrived at FUSE offices on Asylum Hill on Friday morning, minutes after the FBI's visit, they saw a woman feeding sheaves of documents into a shredder.”—The Hartford Courant, July 18, 2014

“The FBI has raided an Albuquerque school just months after the state started peering into the school’s finances. KRQE News 13 learned federal agents were there because of allegations that someone may have been taking money that was meant for the classroom at the Southwest Secondary Learning Center on Candelaria, near Morris in northwest Albuquerque … “—KRQE News 13, August 1 2014

“Wednesday evening's FBI raid on a charter school in East Baton Rouge is the latest item in a list of scandals involving the organization that holds the charter for the Kenilworth Science and Technology School. … Pelican Educational Foundation runs the school and has ties to a family from Turkey. The school receives about $5,000,000 in local, state, and federal tax money. … the FBI raided the school six days after the agency renewed the Baton Rouge school’s charter through the year 2019.”—The Advocate, January 14, 2014

“The state of Pennsylvania is bringing in the FBI to look into accusations that a Pittsburgh charter school [Urban Pathways Charter School] misspent tens of thousands of taxpayer dollars on luxuries such as fine-dining and retreats at exclusive resorts and spas.”—CBS News November 12,  2013

“COLUMBUS, OH—A federal grand jury has indicted four people, alleging that they offered and accepted bribes and kickbacks as part of a public corruption conspiracy in their roles as managers and a consultant for Arise! Academy, a charter school in Dayton, Ohio.” —FBI Press Release, June 2014

Charter schools are such a racket, across the nation they are attracting special attention from the FBI, which is working with the Department of Education’s inspector general to look into allegations of charter-school fraud.

One target, covered in an August 12 story in The Atlantic, is the secretive Turkish cleric, Fethullah Gulen, who runs the largest charter-school chain in the United States.

The Atlantic felt compelled to note, repeatedly, that it would be xenophobic to single out the Gulen schools and their mysterious Muslim founder for lack of transparency and the misuse of public funds.

“It isn’t the Gulen movement that makes Gulen charters so secretive,” writes The Atlantic’s Scott Beauchamp, “it’s the charter movement itself.”

“Originally, charter schools were conceived as a way to improve public education,” Buras says. “Over time, however, the charter school movement has developed into a money-making venture.”

Over the last decade, the charter school movement has morphed from a small, community-based effort to foster alternative education into a national push to privatize public schools, pushed by free-market foundations and big education-management companies. This transformation opened the door to profit-seekers looking for a way to cash in on public funds.

In 2010, Rupert Murdoch, whose News Corp. has been an ALEC member, declared for-profit K-12 public education “a $500 billion sector in the U.S. alone that is waiting desperately to be transformed.”

The transformation has begun.

“Education entrepreneurs and private charter school operators could care less about innovation,” says Buras. “Instead, they divert public monies to pay their six-figure salaries; hire uncertified, transient, non-unionized teachers on the cheap; and do not admit (or fail to appropriately serve) students who are costly, such as those with disabilities.”

Rebecca Fox Blair, a teacher who helped to found a small, alternative high school program in Monona, Wisconsin, says she was struck by the massive change in the charter school movement when she attended a national charter school conference recently.

“It’s all these huge operators, and they look down on schools like ours,” she says. “They call us the ‘mom and pop’ schools.”

There are now more than 6,000 publicly funded charter schools in the United States—a more than 50 percent increase since 2008.

Over that same period, “nearly 4,000 traditional public schools have closed,” writes Stan Karp, an editor of Rethinking Schools. “This represents a huge transfer of resources and students from our public education system to the publicly funded but privately managed charter sector.”

And all that money has attracted some unscrupulous operators.

Michael Sharpe, the disgraced CEO of the FUSE charter school in Hartford, admitted in court to faking his academic credentials and hiding the fact that he was a two-time felon who had been convicted of embezzlement and served five years in prison as a result. When he was indicted he was living in a Brownstone paid for by his charter school management company, where he kept a tenant whom he charged rent.

Scott Glasrud, the CEO of Southwest Learning Centers in Albuquerque, a group of four schools including an elementary school and a flight academy, was earning $210,000 a year, as well as additional compensation for a contract he made with his own aviation company to lease planes to the flight school he administered.

But these are small-time operators compared with Ronald Packard, the CEO of K12, Inc., the scandal-plagued online charter school company. Packard's salary was $4.1 million in 2013.

K12 has been charged with attempting to falsify records, using unqualified teachers, and booking classes of more than 100 students by state investigators in Florida.

“According to a lawsuit filed in US district court this spring,” Berkshire writes, “Packard knowingly inflated the value of K12 stock by making *overly positive statements* about the company, its performance and its prospects, then cashed out, causing his personal numbers to add up to the tune of $6.4 million large.”

As a member of the American Legislative Exchange Council (ALEC), K12 has helped pushed legislation to replace bricks and mortar classrooms with computers and replace actual teachers with “virtual” teachers, generating enormous profits from its taxpayer-financed schools.

ALEC added K12 to its corporate board of directors just before its national convention in Dallas at the end of July.

At the Dallas meeting, ALEC also trumpeted the launch of a new charter school working group. Among the measures the group discussed:

Buras, the author of Charter Schools, Race, and Urban Space: Where the Market Meets Grassroots Resistance, has been engaged in research on New Orleans for the past decade.

When the state-run New Orleans Recovery School District assumed control of New Orleans public schools, veteran teachers were fired and their collective bargaining agreement was nullified. Since 2005, Buras says, the scale used in Louisiana to assess public school achievement has been manipulated “in an attempt to contrive charter school success.”

In Detroit, another seat of school privatization and austerity, charter schools have also meant lucrative contracts for private operators, and austerity for teachers and kids, says Tom Pedroni, associate professor in the college of education at Wayne State University.

The Detroit Free Press published a series of articles on waste of tax dollars and questionable financial dealings by charter school officials and boards.

“One school bought useless wetlands. Others overpaid—by a lot—for their school property. And another gave its administrator a severance worth more than a half million dollars,” the Free Press reported on June 22.

Michigan's largest charter-school management company charges jaw-dropping rents to its schools, the Free Press reported—as much as $1 million a year for schools in financially strapped Detroit. Two-thirds of the National Heritage Academy schools across the state “pay as much in rent as tenants in Detroit's Rennaissance Center, with its expansive views of the Detroit River,” the paper found.

“Whistleblowing, or even mildly questioning, board members typically are quickly dismissed by the charter authorizers,” says Pedroni. “In the end, private interests and authorizers do quite well.  Children, their communities, and teachers do not.”

Riding the wave of pro-privatization, right-wing propaganda that public schools have “failed” and need to be turned over to private business operators, charter school lobbyists, working with ALEC, have been able to get legislation passed to allow them to open schools all over the country that take public funds but skip the kind of oversight that regular public schools must submit to.

The results are being collected as evidence by the FBI.

Reprinted with permission from The Progressive. This report was made possible by a generous grant from the Voqal Fund.

Ruth Conniff is the editor of The Progressive magazine.