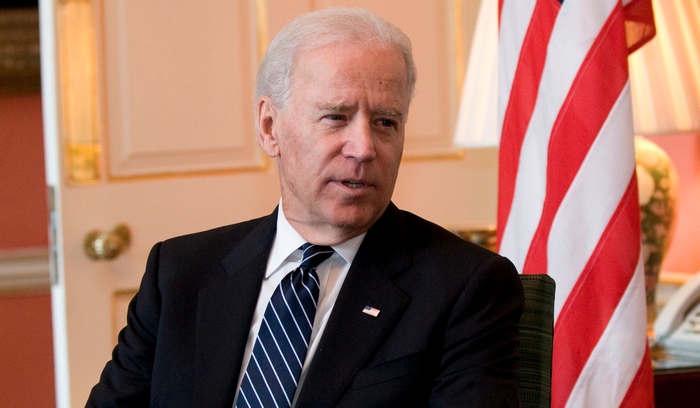 Elizabeth Warren has called out the current Vice President in the past.

As Vice President Joe Biden reportedly mulls a bid for the U.S. presidency, his champions portray him as a credible alternative to Democratic Party front-runner Hillary Clinton, who faces accusations that she is beholden to the financial industry. But a Biden campaign risks confronting the scorn of one of the party’s most influential progressives, Sen. Elizabeth Warren. Though Biden has reportedly sought her favor, Warren has historically disdained him, charging him with acting as a tool of the credit card industry by limiting debt relief for people grappling with financial troubles.

As a Harvard law professor in 2002, Warren published a journal article excoriating Biden for playing a leading role in delivering legislation that made it more difficult for Americans to reduce debts through bankruptcy filings. As the senator from Delaware, Biden’s repeated push for the bill—signed into law by President George W. Bush in 2005—amounted to “vigorous support of legislation that hurts women,” Warren declared. She said “the group that will be most affected by the changes in the bankruptcy legislation Senator Biden so forcefully supports will be women, particularly women heads of household who are supporting children.”

In a separate 2003 book she co-authored with her daughter, Warren said, “Senators like Joe Biden should not be allowed to sell out women in the morning and be heralded as their friend in the evening.”

Biden's spokesman, Stephen Spector, said: “Throughout his career, the vice president has been a champion for middle-class families and has fought against powerful interests.”

Biden earlier this month met with Warren, a Wall Street critic who is well-known among Democratic voters. The meeting was widely seen as an effort by Biden to try to convince the Massachusetts lawmaker to support his prospective White House bid.

Warren’s 2002 writings, however, may stymie that effort both because her criticism was specifically targeted at Biden and because the criticism revolved around an issue that cuts to the heart of Democratic voters’ concerns over the growing political power of the financial sector.

In Warren’s 2002 review of Biden, she said the senator of 36 years played a “crucial” role in passing the bankruptcy legislation over the objections of unions, consumer groups and women’s organizations. The bill was backed by major credit card companies, including MBNA, which is headquartered in Delaware and whose employees collectively became Biden’s top campaign contributor. The firm also hired Biden’s son, Hunter, as a consultant.

Spector, the vice president's spokesperson, asserted that Biden shaped the bankruptcy bill to specifically help women, working “to make child support and alimony a priority in the bill by ensuring continuity of child care payments.”

In her 2002 article, though, Warren accused Biden of playing an especially pernicious role in pressing the legislation, harnessing his reputation as an advocate for the interests of working women to curry the support of interest groups that would otherwise have opposed the bill. His support for the bankruptcy legislation, she said, provided crucial political cover that enabled other lawmakers to support the measure and avoid criticism from women’s groups.

“He has shielded his colleagues on both sides of the aisle from being branded as anti-women for their support of this legislation,” Warren wrote. “Senator Biden can publicly support one very visible piece of legislation on behalf of women, satisfying his duty and assuring the loyal support of millions of women. He is then free to be a zealous advocate on behalf of one of his biggest contributors, the financial services industry, and still position himself as a champion for women.”