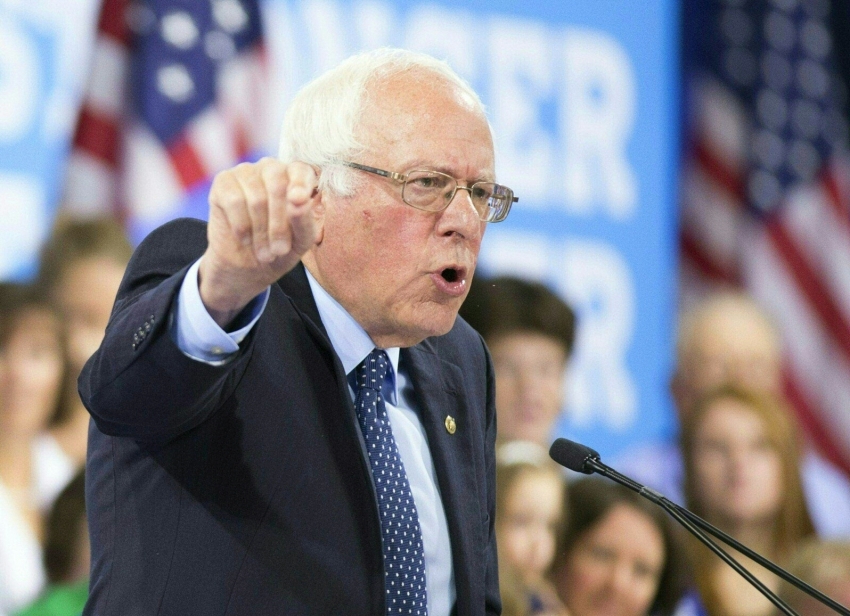 Sanders may have endorsed Clinton, but the groups supporting him are plotting a fight for progressive policies far beyond the 2016 election

More than 14 months after launching his bid for president, Bernie Sanders formally endorsed Hillary Clinton at an event in Portsmouth, N.H. on July 12.

As the dust settles, the organizations and movements who helped drive his campaign to victory in 22 states are planning their next steps and pondering how they can continue the fight through the general election. Many major progressive organizations that broke ranks with the Democratic establishment to endorse Sanders during the primaries, such as the Progressive Change Campaign Committee (PCCC) and the Communications Workers of America (CWA), have chosen to unite around Clinton in the general election. Others, including the grassroots volunteer group People for Bernie and the fiercely independent union National Nurses United, are forging their own path.

“We endorsed Bernie Sanders because we thought he was the right person at the right time to lead our country,” says Rafael Navar, national political director for CWA. “But he’s not going to be the nominee. He didn’t win, so our focus is making sure the Democratic nominee is the next person in the White House and definitely stopping Trump, who supports anti-union policies and thinks wages are too high.”

CWA volunteers will knock on doors, make calls and raise money to help Clinton win the general election, joining forces with the AFL-CIO and other labor groups that backed Clinton during the primaries.

Other Bernie backers, however, remain skeptical of Clinton’s commitment to a progressive agenda and are setting their sights beyond the general election. People for Bernie, a grassroots organization that helped recruit volunteers and organized marches in support of Sanders’ campaign, released a statement after Sanders’ announcement declining to endorse Clinton, instead calling for supporters to focus on building grassroots power on the local, regional and national levels:

When we face the reality of a new status quo — Hillary Clinton as the Democratic Party’s nominee — there is a strong temptation to yield to the demands of the nominee. That is past practice. But this is no ordinary campaign. We are not a Bernie Sanders fan club. The timeline of a movement is far longer than an election cycle. We will engage in a diversity of tactics in which voting is just the bare minimum. We will take the streets, occupy the voting booth and de-center the Democratic Party establishment — forever.

Still, People for Bernie will be active in the general election, using the opportunity to advocate for abolishing the electoral college and working to boost turnout among left-wing voters in swing states like Florida and Ohio, according to Winnie Wong, a former Occupy activist who co-founded People for Bernie last spring.

But the bulk of People for Bernie’s efforts, Wong says, will be devoted to advocating for policies like single-payer health care and debt-free college that formed the core of Sanders’ platform—by holding Clinton accountable to the commitments she made during negotiations over the Democratic platform and pushing her to the left on issues where she and grassroots activists remain divided.

Navar says that CWA shares People for Bernie’s commitment to keeping Clinton focused on a progressive agenda, though the union’s primary concern is making sure she wins the election first. Navar notes that CWA and other groups on the Left have learned from their experience with the Obama administration.

“I never have faith in any individual candidate—I have faith in our members and our ability to push policy and push victories on the ground,” Navar says. “In 2008, folks were wary about pressuring Obama on issues where he wasn’t moving forward in the way he had promised as a candidate. If Clinton wins the presidency, we’re going to have a moment that’s very distinct from when Obama won. You have this moment of awakening and a growth in organizing that is going to lead to an opening for us to drive from day one to push our issues with Secretary Clinton. It’s going to be easier to bring folks to get involved to drive campaigns around our issues.”

Navar points to the compromises reached between Clinton and Sanders delegates during the Democratic platform drafting process as evidence that the Left has gained power. On the issue of debt-free college education, Sanders and Clinton reached a deal to make public colleges and universities tuition-free for families making less than $125,000 a year, a proposal which goes far beyond Clinton’s position during the primaries, when she called for reductions in interest rates on student loans but argued against making college tuition-free. Delegates to the platform drafting committee also approved compromise proposals supporting a public option for health insurance and the opportunity for workers over the age of 55 to buy into Medicare.

“In issue after issue, Bernie has pushed the needle in our direction. That creates the space for us to get some policy victories and move forward,” Navar says.

Not everyone is satisfied with the new Democratic platform, however. Deborah Burger, co-president of National Nurses United, which contributed hundreds of thousands of dollars and hundreds of volunteers to Sanders’ campaign, argues that the platform fails to address the root causes of economic and social inequality in the United States.

“It would take an idiot to say they aren’t positive steps,” Burger says. “But it’s frustrating that we’re constantly being told to lower our expectations. And we’re not even having this fight with the Republican Party. This is just inside the Democratic Party. That’s the kind of fight you have with Republicans—it’s not the fight you expect within your own party. That’s probably the most frustrating part.”

Despite their disagreements over the best ways to move their agendas forward, all three groups agree that the Left is in a better position than where it was when Sanders began his campaign last May.

“There is a real hunger for radical politics and change in this country,” Navar says. “I was one of the first people arguing that this was Bernie’s moment, that Bernie would be relevant, but I was blown away by the reception.”

Both NNU and People for Bernie hope to channel this momentum to elect democratic socialists at every level of the political system. People for Bernie has begun recruiting women, people of color and millennials to run in state and local elections. Wong herself may throw her hat in the ring.

“I think it bodes very well for younger people who are thinking of running, especially if they’re given the right toolkits and the support they need to make it happen. We’re really focused on building socialist power, and now is the time,” say Wong. “Most people don’t realize there are many thousands of jobs you could run for. And these jobs would certainly be better paying than the $15 an hour you’d make at Starbucks.”

Most important of all, however, are the alliances that all three groups have built during the 2016 primary election. They joined together in June at the People’s Summit in Chicago, which was hosted by NNU, along with wide range of groups pushing for progressive change, from environmentalists like 350.org to racial justice activists like the Million Hoodies Movement for Justice to political organizations like Democratic Socialists of America.

“What’s different about this election cycle and what Bernie Sanders highlighted is the fact that there’s more support than ever for real change. All of the groups we’ve been working with on various issues have been coming together to say it’s not enough to just work on our silo of issues,” Burger says. “We had no illusions that this wasn’t a long shot, and we did better than we ever imagined we could do. The takeaway lesson is: Don’t lower your expectations. Don’t go into the fight bargaining for less.”