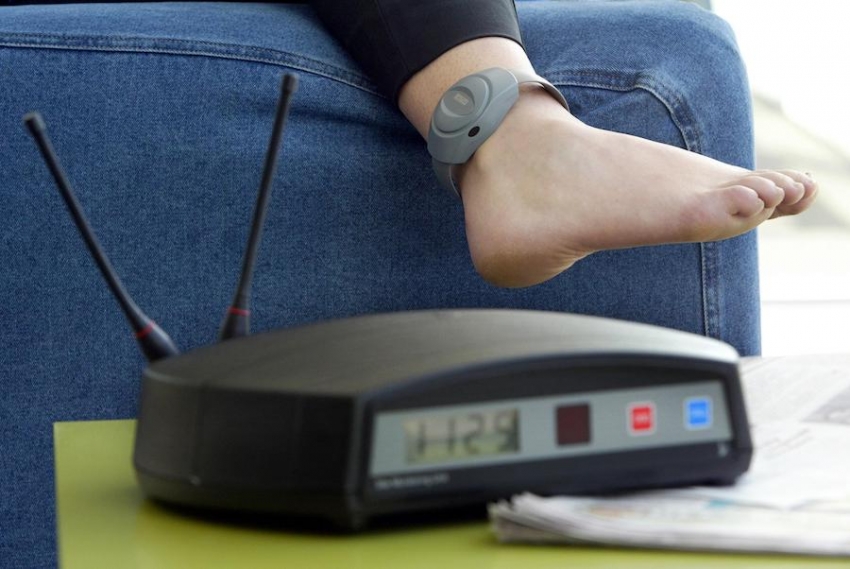 Electronic Monitoring Isn’t Helping People on Parole, It’s Sending Them Back to Prison

A new report shows that electronic monitoring is expensive, faulty and lacks regulation, making it harder for those on parole to re-enter society.

A recent report by the Center for Media Justice and the Urbana-Champaign Independent Media Center found that electronic monitoring is harmful to previously-incarcerated individuals on parole and increases their chances of being re-incarcerated. The report reveals that electronic monitoring “limits the freedom and potential success of people on parole,” does not save money and lacks consistent rules and regulations. Furthermore, the report argues that there is little evidence supporting the effectiveness of electronic monitors, and that such devices can be used to broaden the scope of the surveillance state and act as an extension of mass incarceration.

The report, called “No More Shackles,” is part of the Center for Media Justice’s #NoDigitalPrisons campaign, and cites a comprehensive list of reasons why electronic monitoring should be banned.

“Number one, it doesn’t save the state money; it costs money,” says James Kilgore, lead co-author of the report and co-director of FirstFollowers Re-Entry Program, an organization that provides services and guidance to people impacted by the criminal justice system. “Number two, [monitors are] extending someone’s sentence who’s already done time. The third point that’s really crucial is there’s no research that shows that it does anything positive.”

Electronic monitors are ankle devices placed on individuals who are recently out of prison and on parole. Some come equipped with Global Positioning System (GPS) capabilities, while others operate using radio frequency systems.

The monitors come with a long list of conditions, largely set by a parole officer, that the individual must follow or risk further incarceration. Often, people aren’t aware of the full constraints of their parole and there’s no clear framework of penalties for an offense, the report says. Some people have reported more than 70 conditions on their parole.

The more parole conditions there are, the more likely an individual is to be sent back to prison. In 1999, parole violations accounted for more than a third of prison admissions (compared to just 17 percent in 1980, before electronic monitoring was widely used). In 2017, the Marshall Project found that 42 state prison systems reported 61,250 people in prison for parole violations. Many of these re-entries can be blamed on technical violations––non-criminal actions, such as missing a scheduled meeting with a parole officer or failing to report a change in address.

“Those of us who have been to prison call it a ‘set-up’” Kilgore says. “There’s certain rules and certain programs that are a set up for you to fail, and electronic monitoring is one of those … it’s really easy to do something wrong.”

Electronic monitoring also creates a significant burden on the individual’s finances and personal relationships, says Kilgore. The individual must pay money to wear the ankle devices—sometimes up to $35 dollars a day, Kilgore says. In some places, like Richland County, South Carolina, if you can’t pay you may be sent back to jail. The monitors make it difficult for people to hold down jobs or run errands for their families, as many are not allowed to leave their homes for more than a few hours a week. Family members are often subjected to random searches by law enforcement, and if another family member is also on parole, they may not be allowed to stay in the same home, the report states. According to a survey by the Department of Justice, 89 percent of parole officers felt that people wearing the monitors experienced a change in relationships with their significant others due to electronic monitoring, and 43 percent of people wearing the monitors felt that relationships with their partners were negatively affected.

The Department of Corrections believed electronic monitoring would save money by freeing up jail space. (In Illinois, for example, it costs $105 a day to house someone in prison.) But electronic monitors are expensive to implement and maintain. Either the state Department of Corrections or Federal Bureau of Prisons must pay for the technology and hire additional parole officers to oversee those wearing electronic monitors, to make sure they are not violating their “geofenced exclusion zones” (areas where people on parole are not allowed to go). Not to mention, some individuals take off their monitors and lose them. In La Crosse County, Wisconsin, 84 monitors were lost within a two-year span. Each device costs $800 to make and there is over $35,000 worth of missing devices. Because electronic monitoring varies so much from state to state, it’s hard to track how much the government is spending, but La Crosse County is losing money. There, individuals serving a sentence are required to pay $12 a day for their monitors, but in 2016 Justice Support Services only collected 44 percent of what was due––that’s $77,299 of $175,475, Government Technology reports.

The monitors often have faulty equipment, too. The Wisconsin Center for Investigative Journalism reported that one individual’s electronic monitor triggered 206 “No GPS” signals within one year. On another occasion, one person’s electronic monitor started flashing incorrectly, indicating that he was out of range, when he was actually in his own home.

The GPS capabilities in some electronic monitors make the devices tools for surveillance as well. The report lists three private companies that provide data and tracking services to the government—Satellite Tracking of People, Sentinel Offender Services and Attenti—but it’s not clear how that data is being used after it’s sent to parole officers. Kilgore fears that data can be used to further oversee and punish people on parole. For example, The National Review reports that law enforcement can “geomap” crimes in the area and determine if an individual was near or at the crime scene at the time of the crime. Those on parole fear they will be penalized just for being near crimes they did not commit.

The report also discusses the possibility of “E-Gentrification”: geofenced exclusion zones programmed into electronic monitors that restrict movement based on demographics like income, citizenship status and criminal background. “Location monitoring offers the possibility of linking GPS to massive databases of undesirables, a virtual no-fly list for gentrified spaces,” Kilgore writes. Zones like these could severely limit an individual’s accessibility to jobs, healthcare and education, making it harder for them to re-enter society.

The Center for Media Justice’s #NoDigitalPrisons campaign aims to abolish electronic monitoring. In the first quarter of 2019, they plan on leading a series of public forums in Illinois. Organizers hope this report will encourage lawmakers to create and pass an Illinois bill banning the use of electronic monitors for parole.

Talia Wright is a Fall 2018 editorial intern for In These Times.