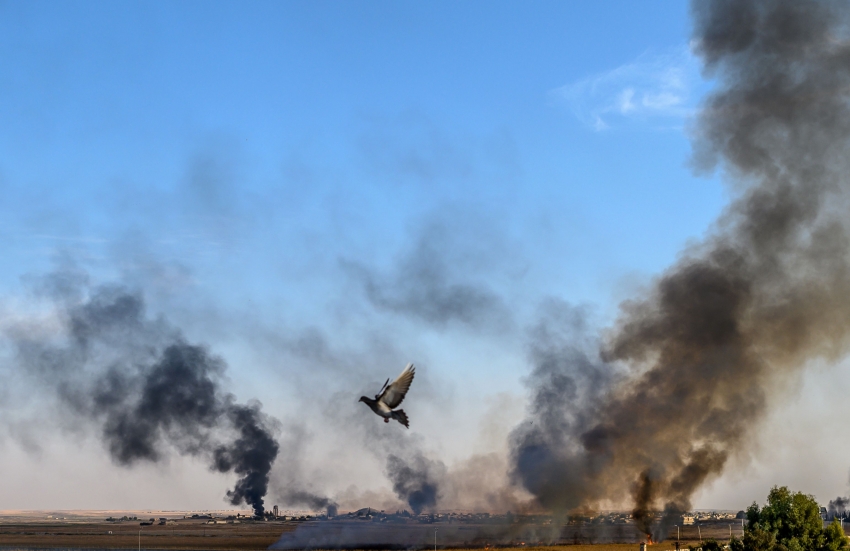 In 2014, the United States used Kurdish fighters to beat back ISIS, at great human cost, then left them behind.

Unsurprisingly, Turkey used the opportunity to invade. Roughly 180,000 people living in northern Syria were displaced, while more than 200 were killed in fighting. On October 22, a Russia-brokered peace left Turkey and Russia in control of a swath of northern Syria.

The United States had allied with Syrian Kurds in the fight against ISIS in 2014, but U.S. support was purely militaristic. Turkey—itself a U.S. ally, through NATO—continued repressing its own Kurdish population while receiving U.S. security assistance, and considered the Syrian Kurds on its southern border a terrorist threat. Meanwhile, the United States offered no diplomatic support for Syrian Kurds. Instead, the United States used Kurdish fighters to beat back ISIS, at great human cost, then left them behind.

It’s not the first time the United States has treated an ally badly, nor even the first time we have done so to the Kurds, as James Ciment wrote for In These Times in September 1996. In his article, “Useful Victims,” Ciment lays out the precarious geopolitical position of one of the world’s largest stateless people:

The roughly 30 million Kurds, who inhabit a broad swath of mountainous terrain in the northern Middle East, have been called “history’s losers.” A fiercely independent and culturally distinctive Muslim people, the Kurds have had the misfortune of occupying the territory of several aggressive and repressive regional powers, including Turkey, Iraq and Iran, [regimes] determined to build coherent nation-states where none existed before. Viewing the Kurds as an obstacle to that mission, these regimes have dealt ruthlessly with them. After the Iran-Iraq War … [Saddam Hussein] murdered up to several hundred thousand Iraqi Kurds … in retaliation for their support for [Iran].

In response to Hussein’s aggression, the United States helped establish a “safe haven” in northern Iraq for the Kurds.

If the United States chooses to abandon the Kurds in the near future, it will not be the first time. After cutting off military aid to the Kurds in 1975, thus betraying them in their struggle against the then-pro-Soviet, anti-Shah Baghdad government, [then-Secretary of State] Henry Kissinger was heard to remark: “Covert action is not missionary work.” Indeed.