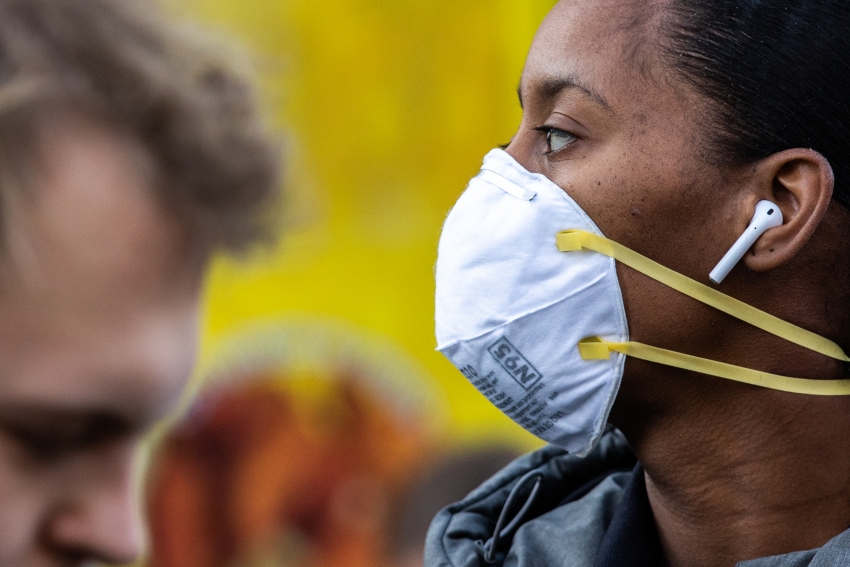 Michigan has much to teach the rest of the country when it comes to containing the coronavirus outbreak. (Photo by Jeenah Moon/Getty Images)

The lack of investment in public health, a robust social safety net or universal healthcare system all make the U.S. especially vulnerable to the fast-spreading disease.

As Commissioner of Public Health in the City of Detroit, Abdul El-Sayed helmed response efforts to an epidemic that starkly illustrated just how unhealthy both inequality and government austerity can be. In 2016, the city saw the beginnings of a Hepatitis A outbreak less than five years after Detroit declared bankruptcy and shuttered its public health department. Two early cases were suspected to be linked to patients having cleaned out basements that had flooded during a storm (with water potentially containing raw sewage, a transmitter of the pathogen) before falling ill.

El-Sayed’s team scrambled to set up mobile vaccination hotspots and coordinated with community partners to cull the spread, part of a response that likely prevented infections. Still, the experience illustrated the importance of public investment in public health to stop such an outbreak, which ultimately lasted for two years and spread across Michigan.

Neglected public infrastructure likely contributed to the overloaded sewage systems that flooded victims’ homes, just as inadequate housing is more susceptible to such impact. “We were able to put together a few vaccination clinics in that setting,” El-Sayed recalled of the response efforts. “But the very reason those people were exposed in the first place was Michigan’s inability to invest in its own infrastructure. It allowed this flooding to happen, which is what got people sick in the first place. It all comes down to government austerity, and the inability or lack of foresight to invest in public goods, which then allows infectious disease to spread.”

It’s a dynamic, according to El-Sayed, that will undoubtedly influence how the coronavirus outbreak plays out. After the Trump administration cut the global budget of the Centers for Disease Control in 2018 and lacking a robust safety net or universal healthcare system, we are left without critical resources for fighting novel pathogens. As El-Sayed put it, “when we invest in public goods, we’re keeping people safe in real time. When we let up on those investments, bad things happen.”

One such “bad thing” is the lack of an efficient diagnostic test, according to Ranu Dhillon, an epidemic advisor with the Harvard Medical School. Because testing supplies have yet to be adequately distributed across the United States, and coronavirus symptoms are indistinguishable from common ailments, it’s difficult to identify, trace and treat the cases already in our communities. This, Dhillon said, was a matter of failed strategy and underfunding, which is now being addressed in Congress. “If you’re in World War II, and you need to develop a certain sort of missile to win the war, you spare no effort to try and develop that as soon as possible,” he said. “You contract with the companies who are going to do it, you get it done.”

And yet, “getting it done” will be made infinitely more challenging in a context where broad swaths of the population lack access to the healthcare system. Familiar statistics about Americans’ access to care—nearly 30 million uninsured, and another 44 million underinsured—take on a new urgency in the face of a potential pandemic. A Medicare for All system, where care is guaranteed for free to everyone, fills in these gaps, which otherwise drive people away from the healthcare system and make it more difficult to manage a crisis.

“Fundamentally, you need universal healthcare to mitigate an outbreak,” Dhillon said. Apart from financing care, universal systems cultivate a stronger relationship between providers and patients, who are conditioned to seek care without hesitation when they need it. But in the United States, Dhillon said, “you have the opposite. You have people who are averse to coming forward unless they absolutely have to. That’s going to be a serious issue moving forward.”

Available evidence backs up this point: research shows that more than half of Americans have skipped needed care due to cost. Ever-rising deductibles mean they’re on the hook to pay out more and more. And when it comes to containing the coronavirus, there are significant financial penalties to be worried about. In one widely reported case, an insurer refused to cover a Miami patient’s testing and quarantine, saddling him with a $3,200 bill.

In the context of an infectious disease outbreak, these problems compound themselves as people who don’t seek treatment or follow containment protocol are likely to infect others, particularly if they live in areas of highly-concentrated uninsured populations. While several states including New York and California have stepped in to direct insurers to waive cost-sharing for coronavirus-related care, the scope is limited. Not all insurance plans are regulated at the state level, and it’s unclear what services specifically will be included.

Those bearing the brunt of inequality are often the most severely impacted by infectious disease. People living with chronic stress and illness are more susceptible to emerging pathogens, and those without access to healthcare are less likely to have their conditions properly managed. People in substandard housing are likely to live in more crowded conditions that fuel transmission, or worsen baseline health in the same way the flooded homes in Detroit did.

For Dr. Steven Thrasher, an HIV-AIDS scholar, it all adds up to one thing: “If corporations want to pay lower taxes and the state doesn’t want to spend money on testing or broad treatment, then the people who contract coronavirus—who get sick, and possibly die—are going to pay that price.”

Heavier investment in preparedness, public health infrastructure and a functional healthcare financing system could shift those costs off of patients. But, as El-Sayed learned in Detroit, that demands a deep political commitment. “My fear is that we come out of this and a lot of effort is put into making sure we build the infrastructure to make sure this doesn't happen again,” he said. “Then five or ten years down the road, we look at a budget document and say, 'why are we funding this?’ and then we're back at square one. The Right has a field day cutting peoples’ taxes and government red tape. They cut these things that are critically important to keeping us safe, and I’d hate to see that again.”