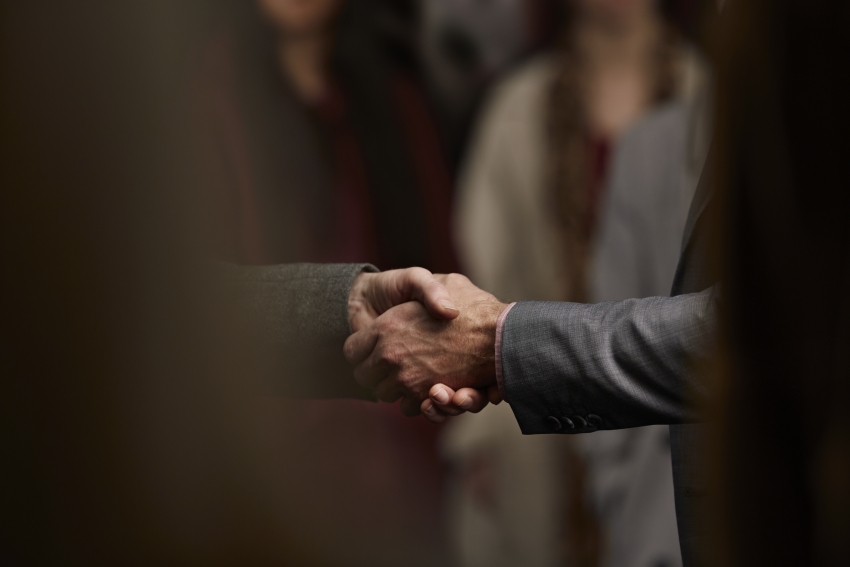 The Democrats’ COBRA Proposal Is an Insurance Industry Bailout

We keep handing more money to the very for-profit insurance industry that is failing us.

Private insurers’ business models will always depend on jacking up premiums and paying for less care, which explains why both premiums and deductibles have risen substantially since the implementation of the ACA.

More than 22 million Americans have filed for unemployment the last four weeks in light of layoffs, business closures and cratered demand associated with the coronavirus pandemic. Such unprecedented job loss would spark social disaster in any circumstance. But it’s particularly catastrophic when roughly half of adults access healthcare for themselves and their families through employer-sponsored insurance, meaning that millions of people stand to lose their plans in the midst of a global health emergency and accompanying recession.

According to Vox, the Democrats are working on a plan to alleviate this problem in the latest stimulus package: a provision to subsidize 100% of COBRA insurance premiums for six months. While such a move would improve upon the status quo, it also falls seriously short of meeting patients’ needs, and highlights the irrationality of building a healthcare financing system atop a for-profit insurance industry, whose bottom-line interests will never align with the public’s.

It’s hardly tough to rattle off examples of turmoil wrought by the fractured health insurance system, but coverage gaps are among the more obvious. Insuring people through full-time jobs—a sort of historical accident rooted in the expansion of fringe benefits in lieu of wage hikes during World War II—has an incredibly obvious flaw: People change or lose jobs on a constant basis. Such people are very likely to lose insurance coverage, at least for a time, leaving them with crummy options: If they get a new job or opt for a spouse’s insurance, they may not be eligible to enroll for benefits for a month or more. If they sign up for Medicaid or individual plans through state marketplaces, they may face waiting periods and lose access to trusted providers. If they enroll in a short-term plan, they may lack coverage for many critical services.

Enter COBRA, named for the Consolidated Omnibus Budget Reconciliation Act of 1985, which carved out a program to allow workers to maintain health coverage after leaving their jobs. This has the advantage of smoothing out the gaps between plans and saving people the pain of starting their deductibles over, or changing insurers and providers, but comes with a major downside: The worker is responsible for paying both the employer and employee portion of the premium, which is prohibitively expensive. Employers, on average, pay around 82% of insurance premiums, sticking would-be COBRA enrollees with a bill around six times higher than they’re used to. It’s no surprise, then, that COBRA has never been immensely popular: It has around a 10% uptake rate, and is even less obviously useful since the Affordable Care Act (ACA) shored up and regulated an individual market many people had been previously locked out of. As part of the 2009 stimulus, 65% of COBRA subsidies were temporarily covered by the federal government—a price that somewhat boosted enrollment, but still left the coverage largely out of reach.

According to Vox reporter Ella Nilsen, who says she exclusively viewed the bill, the legislation would cover 100% of employer and employee contributions to the premium, plus the 2% administration fee. Such measures would almost certainly make this form of coverage extension the best existing option for most people eligible for it. But it’s worth unpacking just how maddening it is that the best mechanism we have to keep millions of people from getting booted out of the healthcare system is to fork over even more money to the private insurers whose very business model depends on gatekeeping. Keeping insurance firms profitable means controlling who gets what kind of care: Restrictive enrollment periods, for example, lock people out of needed coverage for most of the year, narrow provider networks relegate patients only to specially contracted providers, and prior authorization rules erect bureaucratic obstacles that make it harder for providers to make care decisions.

In other words, we’re in this crisis precisely because privately financed healthcare has left us vulnerable, and the terms of the solution will be immensely favorable to insurance companies, which is probably why they explicitly lobbied for it earlier this month. But if private health insurance remains most people’s entry point into the healthcare system, its role provides literally nothing of value, and there’s no function private insurers perform that couldn’t be done more equitably and efficiently by the public sector.

“I would call it a bailout for them,” Wendell Potter, former vice president of Cigna and current Medicare for All advocate told In These Times by phone. “Congress needs to figure out the most prudent way to make sure those folks who are losing their jobs—regardless of whether they had employer-based coverage or not—have access to healthcare, but this is not a good way to do it.” As Potter noted, employer-based coverage is already a sort of privilege relative to the overall workforce: Many jobs, including those held by a sizable swath of the recently unemployed, don’t offer it at all, and those that do come with benefits packages that vary widely by position or company—unjustifiable inequities that would be reified through the expansion of COBRA, which hardly does much good for people who don't qualify for it. Instead, Potter argued, we should be focusing on solutions that rely on universal public financing, like Representative Pramila Jayapal and Senator Bernie Sanders’ plan for emergency Medicare coverage.

Ultimately, even if hiking up COBRA subsidies would help people within the current context of a positively batty healthcare financing system—just as premium subsidies through the ACA did—it’s worth noting how desperately private insurance firms require public funding to perform basic functions less satisfactorily than their peer programs in the public sector. Private insurers’ business models will always depend on jacking up premiums and paying for less care, which explains why both premiums and deductibles have risen substantially since the implementation of the ACA. We quite literally finance our healthcare system through for-profit entities with a vested interest in not doing so. That’s not a policy problem, it’s an irredeemable structural one that can’t be solved by pumping more public money into a nonsensical industry. We deserve a government that’s willing to admit it and stop trying, and instead pursue a path we already know works: a robust single-payer system that covers everyone, and provides care free at the point of use.