When it Comes to High-Speed Broadband Infrastructure, Rural America Could Really Use an FDR

You don’t have to drive too long on the country roads of Southwest Ohio before you see the signs. They are often nailed to a utility pole and they advertise ​“fast rural internet.” There’s a phone number you can call. The signs don’t look particularly high-tech and I have no idea whether the service they offer is any good. But they surely signal a real problem: the internet age is leaving much of rural America behind.

According to one recent study, nearly 40 percent of rural U.S. residents lack access to high-speed internet. In the nation’s urban and metropolitan areas that figure is closer to 5 percent. The consequences of that disparity are considerably higher than whether you can binge-watch something on Netflix.

Without high-speed connections, rural residents are being shut out of the 21st century economy. Access to the internet means access to jobs, education and to commerce. Conversely, lack of access means rural areas cannot attract new employers — no one these days is going to open a plant, a firm or much of anything else if they can’t have high-speed access.

The problem is straightforward. The companies that provide such service — the Comcasts and the Time-Warners — have calculated it’s not profitable to invest in the infrastructure necessary to bring the internet to sparsely populated areas. Too few people; not enough profit. No internet service. 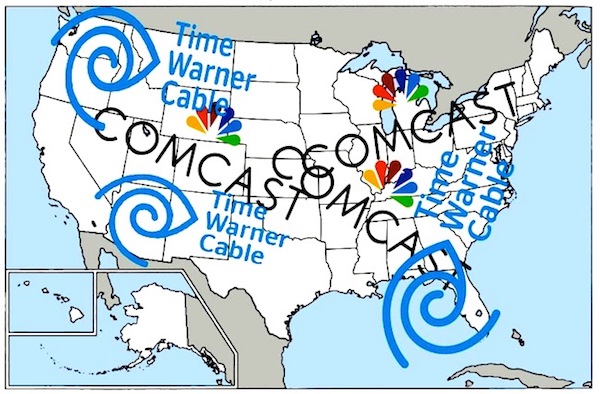 Rural America faced an almost identical problem three-quarters of a century ago. At the start of the 1930s, only 10 percent of rural Americans had electricity in their homes and on their farms, making life needlessly difficult. In response, Franklin Roosevelt created the Rural Electrification Administration (REA) in 1936. Through it, federal loans were offered to rural electrical cooperatives. The co-ops were able to set up the necessary transmission lines and used their numbers to negotiate wholesale purchase agreements to buy the power.

And it worked. Within 20 years, 90 percent of rural residents had electricity; 20 years after that virtually all of them did. 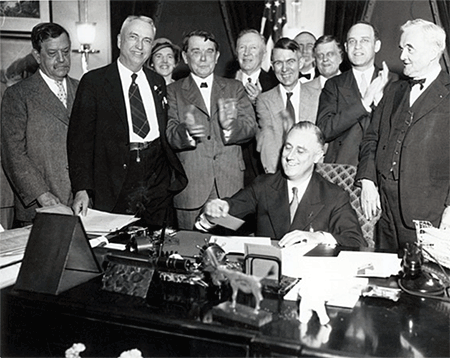 The REA built on the efforts of another New Deal project. The Tennessee Valley Authority was among the very first creations of FDR’s administration. The TVA had several purposes, including navigation improvements and flood control, but among its biggest was generating electricity for some of the poorest sections of the country. People in parts of Tennessee, Kentucky, Alabama and Georgia still get their power from the hydro plants built and run by the TVA.

Everyone knows about the high-speed internet deficit, so why hasn’t anything like a TVA for the internet been created? One answer is that Congress has been controlled by politicians who have vilified all government programs and who do not want to create new ones.

The bigger problem is that the very people who would benefit from rural broadband keep voting for those same politicians and things are even worse at the state level. Dozens of rural communities have tried to set up internet co-ops, on the model of the REA, but in response nearly two dozen states have passed laws making it nearly impossible to do so. Texas, Arkansas and Missouri, for example, have prohibited any municipal internet provider from selling the service directly to customers.

Most of these states are controlled by the same kind of anti-government legislators who run Congress and all of them have been lobbied heavily by the same telecom companies that have abandoned rural internet users. But as long as rural Americans keep sending those politicians to Washington, or to the statehouse, rural America is going to remain stuck in the dial-up age. 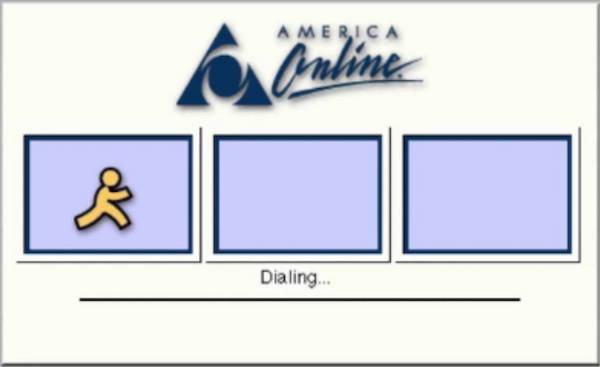 “Do we need a TVA for rural internet users?” was originally published by the Dayton Daily News and is reposted on Rural America In These Times with permission from the author. (Image: YouTube)

Steven Conn is the W. E. Smith Professor of History at Miami University in Oxford, Ohio. He is the author of ​“Americans Against the City: Anti-Urbanism in the 20th Century.”
Have thoughts or reactions to this or any other piece that you'd like to share? Send us a note with the Letter to the Editor form.
More articles by Steven Conn
Rural America
Earth to Trump & Co.: Two Basic Reasons Why Coal Isn’t Making a Comeback
Rural America
In the Fine Print: What Insurance Companies Know About Fracking and Climate Change
Rural America
Peas in a Pod: The “Inner City” and 21st Century Rural America
Similar articles
DispatchRural AmericaThe Wisconsin Idea
"It's a Nightmare": Inside America's Rural Housing Crisis
Across Wisconsin, low-income people are struggling to find quality, affordable housing.
Jack Kelly
ViewpointRural AmericaThe Wisconsin Idea
How Decades of Corporate-Friendly Farm Policies Wrecked Rural America
A Wisconsin dairy farmer explains what Democrats need to do to rebuild rural communities and regain the ground they’ve lost.
Jim Goodman
Rural America
EPA Gives Agribusiness Giant Syngenta a Pass on Pesticide Monitoring Due to Covid-19 Concerns
Johnathan Hettinger
Join our newsletter
Fearless journalism, emailed straight to you.
Subscribe and Save 66%