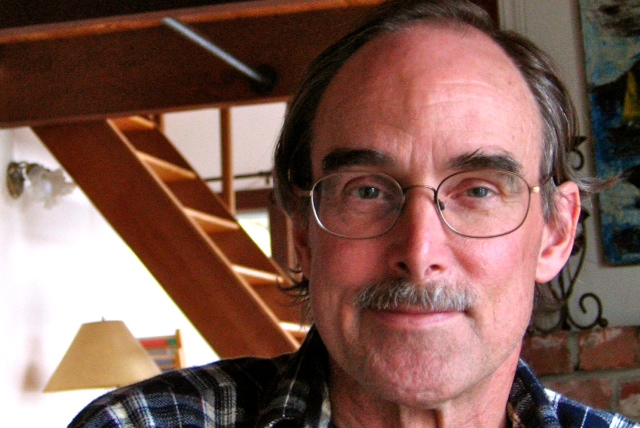 SAN FRANCISCO—The labor movement is filled with thousands of unsung heroes. Those whose names don’t end up in headlines, the ones who stand on the front lines. Who persuade workers through logic, heart and a sense of loyalty why they should stick together and fight for better working conditions, and in turn, build a cadre of more organizers. They are the backbone of the labor movement.

Mike Welch, a retired union organizer for UNITE-HERE Local 2 in San Francisco who died of emphysema on March 25 at age 63, was one of those unsung heroes. Mike was a most unlikely activist. He came from a middle-class white neighborhood in Washington state, and a conservative, Republican family that enjoyed the fruits of a growing upward mobility.

When he graduated from UC-Berkeley in 1969, he could have taken an easy road up the corporate ladder, especially in the flush times of the 70s. Instead, he took working-class jobs with the intent of organizing from within—being what’s called a “salt.” Salting is a labor union tactic that refers to getting a job at a workplace with the intent to organize the workers. He joined legions of other people who spread out across the nation taking jobs in factories and warehouses to build worker support for unions and better living standards.

Before his death, Mike wrote a memoir, Memories of an Activist, for his family and friends, recounting the things that shaped his life as an organizer.

He recalled that during his days at UC-Berkeley, in the heart ‘60s radicalism and massive demonstrations against the Vietnam War and racism, he wrote:

I had come to believe that the labor movement held the most hope for moving our country towards a more just and equal society, that if the labor movement could be strengthened it would help other progressive movements - civil rights and women's rights, anti-war and anti-poverty, it would support change across the board… I felt I had the ability to lead an independent life, a life that mattered.

In 1970, he got a job at the old Del Monte cannery in East Oakland handling 100-pound sacks of sugar, ripping them open and dumping the contents into a huge mixer to make syrup for the peaches.

My job at Del Monte became my post–grad education, I immersed myself in getting to know the culture of the factory. How people got along, how problems got fixed or not. The camaraderie and brotherhood of being hired hands that came together at breaks and over beers smuggled in.

Later, he worked at the now nonextistent Weyerhauser paper box factory in Alameda as a stacker pulling 55-pound bundles of lettuce boxes off the press line, stacking them eight or 10 high on a pallet, adding up to about a ton of cardboard bundles. “After stacking a pallet you then had to tear off 25 feet of heavy wrapping paper and staple and wrap the pallet top and sides to protect it during shipping. I was averaging 50 to 60 pallets, 50 to 60 tons of boxes in an 8-hour shift.”

He taught himself how to organize. “I tried to get to know everyone, how they felt about the working conditions, what they cared about, how everyone was related to everyone else. I took my time making friends and learned the way things worked there.”

He eventually became a shop steward, which put him and another co-worker on the negotiating committee in 1974 with about 100 other shop stewards from about 40 different paper factories along the West Coast.

He studied the contract and discovered a provision that the union had to give advance notice if it was to consider a strike. Using that as leverage, “We decided to raise the issue in negotiations and advocate giving the notice, to make the threat of a strike real so the companies would take us more seriously.”

They all eventually ended up negotiating 12-percent raises each year for two years. “I was elated. We had played a key role in getting the deal,” he wrote.

Eventually, by 1975, the five San Francisco craft locals merged into Local 2. It consolidated power and helped to amplify outreach to hotel workers who were suffering some serious hardships, especially the maids—now called room cleaners—who were the lowest paid and had the hardest work.

"Our membership had come to understand that many room cleaners across the city couldn’t take their breaks, sometimes they couldn’t even come down for lunch. There were a lot of injuries, painful, permanent injuries from repetitive stress, wrestling with heavy mattresses and scrubbing bathtubs and toilets on their knees, wrestling bulky vacuum cleaners and dealing with all kinds of unpleasant messes."

Mike began working at a hotel with a long-dormant union: the luxurious Fairmont Hotel in San Francisco. Kim Wirshing, an attorney with UNITE-HERE Local 2, recalls:

Because of a lack of agitation, people didn’t know what being in a union hotel meant. So folks like Mike took jobs and began to talk to folks, find out what their particular issues were and talk to them about the union and what it could do and the possibilities. A lot of these folks were immigrant workers being exploited by managers in various ways.

While at the Fairmont, Mike found out that the immigrant Latinos who worked there without documents had to kick back some of their pay to a manager so that he wouldn’t report them to immigration. He recalls that the union business agents at the time hardly ever visited the workplaces and that management apparently had a free hand to run things as they saw fit.

Mike used his knowledge about the payment kickbacks to negotiate a deal for the Fairmont immigrant workers. He filed a grievance to claim “regular” status for about 55 dishwasher workers who had been working steadily for as many as eight years in the department.

Mike and another organizer went to the human resources office and explained that the workers were being denied all their benefits by their manager because they were undocumented. Management threatened to call the INS.

I told [the general manager] that if the hotel called the INS, we would call a press conference and reveal the history of extortion and exploitation of these employees. The [GM] assessed the situation and in the next hour we worked out a full settlement of the grievance, giving the 55 full status with all the seniority, health insurance, vacations, holidays etc. that had been so long denied them. We won total victory, along with some back vacation pay for everyone.

“Ultimately all of this internal organizing culminated in the 1980 [San Francisco] hotel strike where I got to know Mike,” Wirshing says. “He was on the negotiating committee. And we met each other on the picket lines. No one had been on strike before in this industry in the modern era.” It was the first massive hotel strike in 40 years. “It’s kind of a beautiful experience. It’s a crisis but it also unleashes people’s humanity,” she says.

In Memories of an Activist, Mike writes that "the union had been transformed through the strike. It was a watershed, a turning point in changing Local 2 from what had been a union out of touch with the times to a dynamic, participatory, activist union.”

Soon after, he was offered a job at the union as a field rep. Field reps deal with everything from grievances, to organizing members to go out to demonstrations or on a picket line. They build relationships and trust, and, when there are contract negotiations, recruit people to be on negotiating committees.

“The St. Francis and Hyatt Regency had the most activism, followed by the Hilton and Fairmont," Mike writes. "The opposition movement was growing across the city, we would turn out as many as 400 members to union meetings. I knew my way through the back doors of every major hotel in town and could bring out scores of workers for union meetings. We had momentum, people were following us.”

Local 2 rank-and-file workers fought for a shop steward system, better contract enforcement, breaks for room cleaners, and against unfair firings and unfair rules, and for translations of union information.

“We encouraged members to say what they thought…. And to push for action," he writes.

For the first time room cleaners had a limit on their workload and new respect from both management and the rest of the membership. We had won a new grievance procedure that promised faster results, we had new seniority rules that established a fair system to balance job and house seniority. We had new guarantees for fairer promotions and strong language against discriminatory practices. We had more money, more holidays, more vacation time and more sick leave.

Mike came to organizing at a time when young people thought there was the potential to change the world, says Wirshing, “and make it more just and more responsive and workers can fight. That’s what we do every day. And Mike would tell you the same thing, the plurality of our union: Almost all are immigrant women, room cleaners from Asia, Latin America, all over the world. And those folks have taken on the Hyatt, the Marriott, the Starwood, these multinational hotel chains and have prevailed.”

Wirshing adds, “Organizers are the heroes. They aren’t the ones who get up and give speeches, they just do the hard work necessary every day.”

A public memorial will be held at 240 Golden Gate Ave. in San Francisco on Friday, April 20. It will begin at 4:30 p.m., so that hotel workers can attend after their shift.