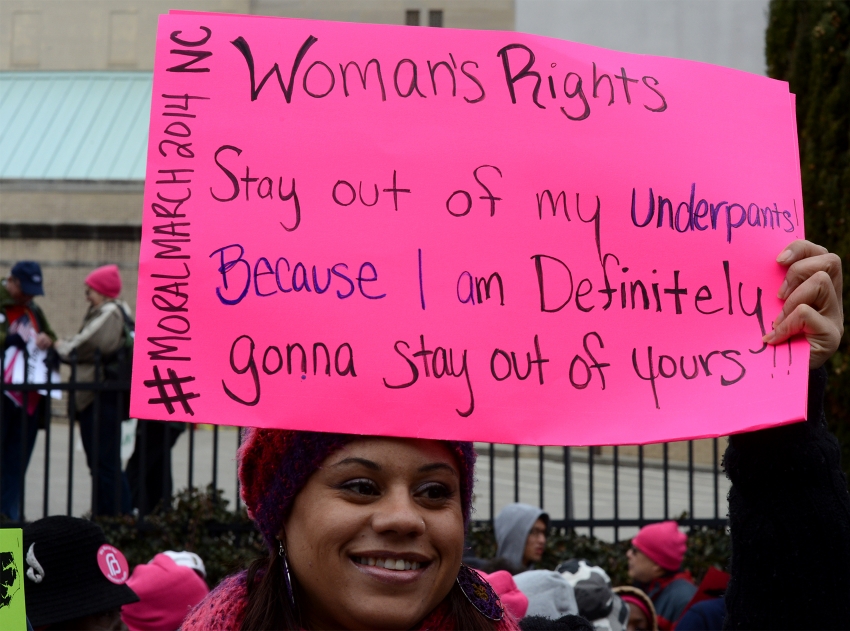 Feticide Laws Are Disproportionately Used Against Women of Color

Purvi Patel’s 20-year prison sentence for a miscarriage is part of a larger pattern.

It’s hard to ignore the fact that the only two women prosecuted under Indiana’s feticide law were working class women of color, both non-white faces in the heart of the American Midwest.

On July 13, 2013, Purvi Patel arrived at the emergency room of St. Joseph Regional Medical Center in Mishawaka, Indiana, bleeding from her pelvis. On Feb. 3, 2015, she would become the first woman in the United States to be charged, convicted and sentenced to prison on a feticide charge. Patel’s conviction represents a broader trend of the justice system punishing women—particularly low-income women of color—for birth outcomes that are deemed suspicious.

What’s known from the presented by the prosecution and the defense is that after Patel arrived at the hospital she initially denied having had a miscarriage. A doctor from St. Joseph Regional Medical Center reported her to the police. She eventually admitted she had miscarried, and after a failed attempt to resuscitate the fetus, had abandoned its body in a dumpster. “I assumed because the baby was dead there was nothing to do,” Patel told law enforcement officials.

Indiana is one of many states with a law on the books banning “knowingly or intentionally terminat[ing] a human pregnancy” except to remove a dead fetus or perform a legal abortion. Patel was charged with violating this law by using the abortifacients misoprostol and mifepristone without the supervision of a doctor and outside the 20-week gestation period in which abortion is legal in Indiana. She was also charged with criminally neglecting a dependent. To reconcile the seemingly contradictory charges of killing an unborn fetus and abandoning a live baby, the prosecution argued that there had been an unsuccessful abortion attempt, and the baby was delivered alive.

Prosecutors presented evidence that Patel ordered the drugs from a pharmacy in China, including text messages between her and a friend, and emails Patel exchanged with the company. While the drugs can be legally prescribed in the United States, it’s against the law to order them online.

A toxicology report, however, was unable to find evidence of drugs in Patel’s or her baby’s body. According to the medical examiner, there is no reliable way to test for the drugs or the metabolized remnants.

The evidence that proves the crux of the second charge—that Patel’s baby was born alive—is widely contested by activists and law experts. The prosecution’s forensic pathologist, Joseph Prahlow, testified that at approximately 25 to 30 weeks, the fetus should have been viable. To prove that the fetus was not stillborn Prahlow used a widely discredited test that originated in the 17th century called the “lung float test.”

The concept behind the test is fairly simple. After performing an autopsy a medical examiner would take out the liver and lungs of a fetus. “The theory is if you put both in water…and the lungs float and the liver sinks then that means the baby had to have taken a breath,” says Gregory J. Davis, assistant state medical examiner for Kentucky and a professor of pathology and lab medicine at the University of Kentucky. But, he says, “the float test was deemed outdated and unreliable as far back as, I think, 1902.”

The most recent edition of Knights Forensic Pathology, a widely used textbook, says, “There are too many recorded instances when control tests have shown that stillborn lungs may float … to allow it to be used in testimony in a criminal trial.”

The forensic pathologist who testified for the defense maintained that the fetus was stillborn and that its lungs weren’t developed enough to breathe.

Despite the conflicting evidence, Patel was convicted and sentenced to 30 years in prison, 10 of which were suspended.

One of the biggest questions surrounding Patel’s conviction is whether the law was ever meant to be used against pregnant women.

According to lawyer Katherine Jack, who provides counsel for the reproductive-justice group National Advocates for Pregnant Women, “All indications are that that law was intended to reach illegal abortion providers … not women themselves who have sought an illegal abortion.”

The first time Indiana’s feticide law was used against a pregnant woman was in the case of Bei-Bei Shuai, a Chinese immigrant who attempted suicide in 2010. She survived, but her baby died two days later. Shuai’s attorneys attempted to get the feticide charge dropped in the Indiana appellate court, arguing that the law was not being used as intended.

Shuai pleaded guilty to a lesser charge, so the issue was never resolved in court.

“It’s bad policy,” says David Orentlicher, a professor at the Robert H. McKinney School of Law in Indianapolis who studies health care law. “If … something you do … causes harm to your fetus, that’s a crime. There’s a lot of things pregnant women can do that could be harmful to their fetuses.”

Because attempting a crime is punishable by law, under the interpretation of the Indiana law used in Patel’s case, a woman could earn jail time even if there’s no feticide involved. “What you’ll hear from prosecutors is it’s all about intent,” says Jack. “It’s … opening a Pandora’s Box to investigate everything pregnant women do or say.”

According to Public Radio International, 38 states currently have feticide laws. Of those, 23 have laws that apply to the earliest stages of pregnancy, with language such as “any state of gestation,” “conception,” “fertilization” or “post-fertilization”.

The other Purvi Patels

It’s hard to ignore the fact that the only two women prosecuted under Indiana’s feticide law were working class women of color, both non-white faces in the heart of the American Midwest.

In the mostly Irish-Catholic suburb of South Bend, Indiana, Patel and her family stood out. The child of religiously conservative Hindu immigrants from India, Patel worked to support her family and also lived with her ailing parents and grandparents. Her pregnancy resulted from an affair with a married man and, according to her defense, she didn’t want her parents to find out.

A study conducted by Lynn Paltrow, executive director of National Advocates for Pregnant Women, and Jeanne Flavin, a sociology professor at Fordham University, documented 413 arrests of women for actions that authorities deemed harmful to their fetuses between 1973 and 2005. Of the 368 women for whom information on race was available, 59 percent were women of color. Since 2005, the researchers have identified 380 additional cases. According to Paltrow, the majority of those women had no intention of ending their pregnancies and went on to have healthy children.

“Some people’s pregnancies have always been looked at more by society,” says Sue Ellen Braunlin, a doctor and the co-president of the Indiana Religious Coalition for Reproductive Justice.

The same goes for parenting.

A U.S. Department of Health and Human Services study found that “minority children, and in particular African American children, are more likely to be in foster care placement than receive in-home services, even when they have the same problems and characteristics as white children.” According to foster-care expert Dorothy Roberts,writing in PBS's Frontline, “a recent study of Philadelphia hospital records discovered that African American and Latino toddlers hospitalized for fractures were more than five times more likely to be evaluated for child abuse, and more than three times more likely to be reported to child protective services, than white children with comparable injuries.”

Abortion is legal in Indiana, but that didn’t stop the doctor who admitted Purvi Patel from deciding that the circumstances of her miscarriage were suspicious. Legal abortion doesn’t stop New York hospitals serving low-income women from being more likely to test new mothers for drugs, and to then turn positive results over to child protection services. And it didn’t stop a black woman from being arrested in Houston for allegedly abandoning her children in a mall food court while interviewing for a job 30 feet away.

The criminalization and surveillance of low-income pregnant and parenting women of color is impossible to address in a pro-choice centered movement. While organizations like NOW, NARAL and Planned Parenthood have all released statements condemning Patel’s conviction, the central message of the pro-choice movement continues to fail to address the assault on the reproductive rights of women of color. The theoretical idea of choice fails to capture the inequality of opportunities that many women of color have in their reproductive lives that range from a lack of access to abortion centers to underfunded school districts and over policed neighborhoods that place their children at risk.

In 1994, at a national abortion-rights conference for the Black Women’s Caucus, black women decided to start a new movement with their lived reality at the forefront, removed from the pro-choice narrative of their white counterparts. They called it reproductive justice. The framework they created goes beyond the legalization of abortion to tackle the prison industrial complex and the school-to-prison pipeline, economic inequality and police brutality, criminal justice and healthcare reform—all issues that intersect with motherhood.

This is the framework used by the organizations like Indiana Religious Coalition for Reproductive Justice,  National Advocates for Pregnant Women and RH Reality Check that advocate for women of color such as Purvi Patel and Bei-Bei Shuai. But until the “pro-choice” narrative is transformed, until the reproductive rights movement works to incorporate and center the lives of women who live under intersecting axes of oppression, until women who look like Purvi Patel or Bei Bei Shuai lead organizations like NOW and NARAL, there will be more Patels, more Shuais, more women of color who are punished for pregnancy and parenting decisions and funneled into the prison industrial complex—where reproductive healthcare barely exists.

Rachelle Hampton is a Summer 2015 editorial intern at In These Times. She's a sophomore studying journalism at Northwestern University and is involved with the black student life magazine, Pulse, and the Northwestern alumni magazine.