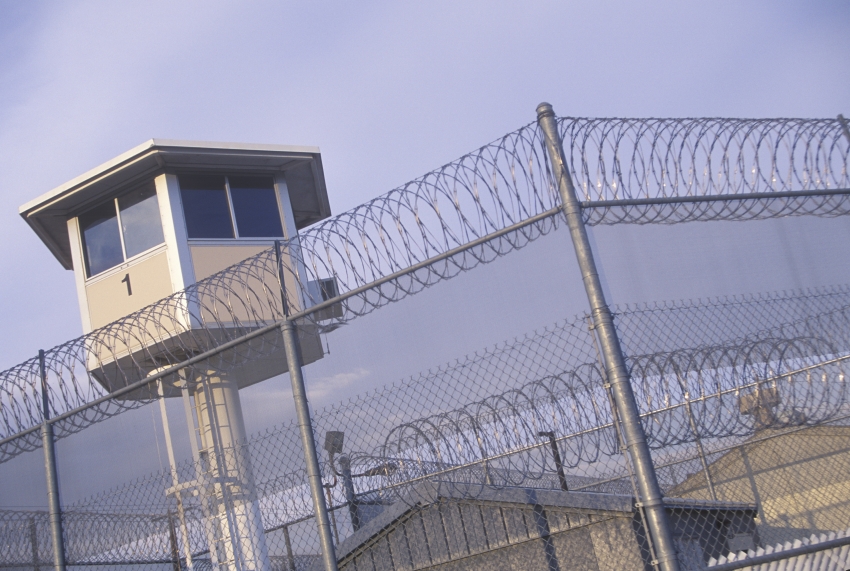 By ordering that immigrant families be detained together indefinitely, Trump has provided a windfall to private prison operators.

The Trump administration has the goal, expressed in the order, of detaining families together indefinitely, until their immigration cases are complete.

The southern border has been a site of mass confusion since June 20, when President Trump released his executive order ostensibly ending the practice of family separation for undocumented immigrants. Senior Customs and Border Protection officials said they would stop referring parents crossing illegally for criminal prosecution. The Justice Department denied that shift, but also dropped charges on 17 migrant parents in McAllen, Texas before a sentencing hearing.

Whether prosecuting or not, the Trump administration still has the goal, expressed in the order, of detaining families together indefinitely, until their immigration cases are complete. That goal is contingent on convincing a federal judge to rip up the Flores settlement, a 1997 agreement that says migrant children can only be kept up to 20 days in non-secure, licensed facilities. On June 21, Trump’s Department of Justice asked a judge to change the rules, but the Obama administration asked for the same changes in 2016 and was rebuked.

Trump’s plan is also contingent on finding enough beds to house as many as 19,000 women and children in detention facilities. Military bases have been floated as a possibility, but that’s likely a temporary solution. And wherever they are held under Trump’s plan, someone will still have to perform day-to-day oversight of the families, and transport them around—and do the same for the 2,300 children already separated from their families.

All of which may explain why the stock prices of oligopoly private prison companies Geo Group and CoreCivic have been rising ever since the Trump announcement, a pure expression of the sacks of cash awaiting private companies if they contribute to caging immigrant families. These companies already run two massive family detention centers in south Texas that would be primed for indefinite detention. They also run immigration jails for individual border crossers without children. And they can construct more—in fact, that has become their business model.

Geo Group and CoreCivic are actually real estate companies, as a new report from the anti-privatization group In The Public Interest explains. In 2013, both companies converted into Real Estate Investment Trusts (REITs), which exempts them from corporate-level taxation as long as they meet a certain threshold of real estate assets. This tax shelter saved Geo Group $43.6 million in 2017 alone.

Instead of being contracted to manage facilities, Geo Group and CoreCivic want to build and own the facilities themselves. Top executives of both for-profit companies have stressed this desire in investor calls.  This not only saves on taxes, it’s far more lucrative than operations management. Estimates from CoreCivic’s financial disclosures show they earn 71 percent more revenue per prisoner in owned and managed facilities than in ones they solely manage—and six times more profit per prisoner.

Trump’s new executive order signals the administration’s desire for far more immigrant detention construction. This is already in play; Geo Group is completing work on a 1,000-bed facility in Conroe, Texas, under a 2017 contract with ICE. Just today, ICE issued a request for information on “potential facilities to accommodate up to 15,000 beds,” something the private prison firms are well-positioned to deliver.

When a private company owns a detention facility, they have the incentive to lobby the government to keep it open. And as private financing deals charge higher interest rates, that sunk cost may keep the government interested in using the asset long term. It all amounts to entrenching a punitive model of immigration enforcement at the highest levels, for private gain.

The day-to-day operations can go to the private prison firms or a network of private contractors handling shelters in border regions, like Southwest Key, which has made at least $955 million on immigrant shelter contracts since 2015. These sites, incidentally, are awful, with a history of abuse of migrants and billions of dollars in settlement payments. By spending less money on personnel and maintenance these firms are able to increase their profits. That anyone would see these de facto jails as appropriate places for families awaiting outcomes of immigration cases is shameful.

Almost as lucrative as the sheltering contracts are the contracts to transport and deport migrants, either by air or by land. If minors ever get reunited with their families, some company will have to transport them as well. The need for this service ramped up significantly with the Trump administration’s ‘zero tolerance’ policy at the border.

Commercial airlines have balked at shuttling around minors ripped apart from their families. Defense contractors have become a plan B, including weapons manufacturer General Dynamics and MVM, a longtime contractor for ICE and the U.S. Marshals. MVM has earned close to $200 million since 2014 for transportation services. Recent job listings from MVM detail accompanying children on air and ground transportation. CSI Aviation also charters a number of flights for deportation, under the banner “ICE Air.”

Somebody has to finance all this activity, and that predictably falls to the big banks. A 2016 In The Public Interest report identified Bank of America, JPMorgan Chase, BNP Paribas, U.S. Bancorp, Wells Fargo and SunTrust Bank as the primary lenders to private prison companies Geo Group and CoreCivic, providing $900 million in lines of credit for real estate financing and other business operations. Because of the corporate structure of these companies, they depend heavily on bank lending to survive.

SunTrust Bank, a large regional based in Florida, also has a significant lending deal with MVM, secured by all of the company’s assets. SunTrust has a similar deal with Comprehensive Health Services, Inc., one of the private contractors operating shelters for unaccompanied minors.

There’s a better and far cheaper way to handle the Trump-created crisis at the border. Instead of blowing money on private companies to warehouse people, a case management pilot program, since discontinued, provided direct supervision and access to legal counsel after families were released. It was 99 percent effective in getting families to court and through the asylum process, at about one-tenth of the cost. The Trump administration discontinued case management last year, but it would be a far better and more humane solution.

There’s only one catch—the company that ran the case management program was a subsidiary of the Geo Group.