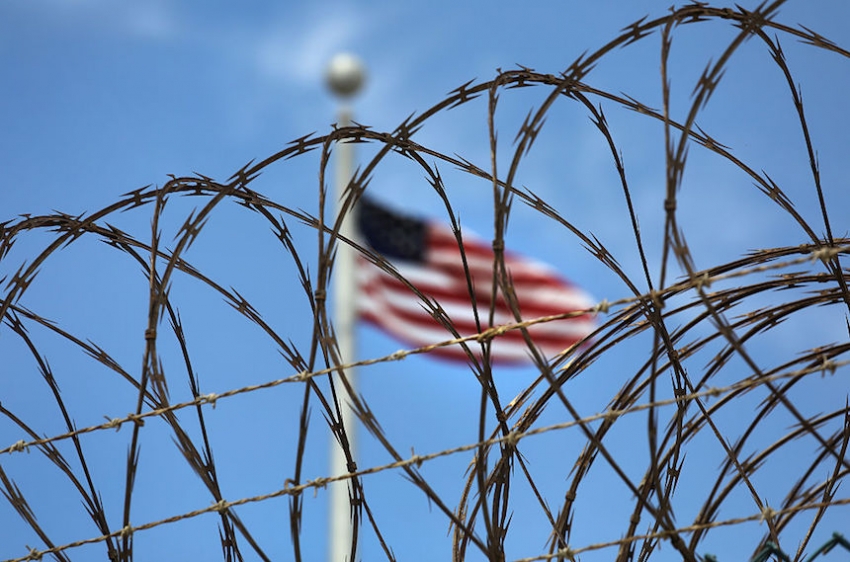 HOUSTON—Henry Thigpen left prison in 2017 for the Southeast Texas Transitional Center (ST TC), a 500-bed halfway house in Houston operated by GEO Group, a company better known for its private prisons. Halfway houses are meant to ease the transition from incarceration to independent living, offering residents access to employment, housing, counseling and other reentry services. Some finish up prison sentences there or go as an alternative to jail. Thigpen and the others at STTC were parolees with no “home plan,” required to stay until they found stable employment and housing.

When Hurricane Harvey hit Houston in summer 2017, GEO Group didn’t evacuate. Thigpen says he awoke to a flooded first floor with staff nowhere to be seen. “We had water everywhere,” he says. “I’m talking up to our knees. And the guys in wheelchairs, they were just sitting there.” Fearing they would be sent back to prison if they fled, residents say they spent the next four days in the flooded facility without food or water.

GEO Group and CoreCivic, which operate 80% of U.S. private prisons, are facing increasing backlash with lawsuits and allegations of abysmal conditions in their prisons and immigrant detention centers. Less attention has been paid, however, to the ways these companies profit from supposed alternatives to incarceration, used by the two-thirds of people in the criminal justice system on parole or probation. Over the past decade, GEO and CoreCivic have publicly embraced the language of criminal justice reform while acquiring smaller companies and nonprofits that specialize in “community corrections,” including day reporting centers, electronic monitoring, and drug and alcohol treatment programs.

GEO and CoreCivic supported the federal First Step Act, for example, signed into law December 2018. In addition to modest sentencing reforms, the legislation encouraged public-private partnerships to carry out a $375 million expansion of reentry services. As of 2018, GEO boasted 48 residential and 66 nonresidential reentry facilities, and CoreCivic operated 27 reentry centers in six states. In addition to government contracts, the companies often collect fees from residents. Thigpen says he was required to turn over 25% of any wages he earned to STTC.

Many court-ordered halfway houses, including those operated by states and nonprofits, have histories of mismanagement and unsuccessful outcomes. One 2013 Pennsylvania study found that people sent to halfway houses— private and public—were actually more likely to recidivate than those released directly from prison. But some data suggests higher rates of recidivism in privately run reentry programs, according to a 2019 overview in Criminology & Public Policy.

Prison rights advocates argue the fundamental business model of private prison companies puts them in conflict with the goals of reentry. In some cases, corporations have the ability to hold people to stricter standards than the court ordered: In 2017, one company was ordered to stop forcing probationers in Georgia to submit to (and pay for) non-mandated drug testing.

At Thigpen’s flooded halfway house, he says residents carried those who weren’t mobile to higher floors. “All the people on psych medication, we had them in one area,” he says. “They were freaking out. Hollering, screaming all night, saying they need medication or just breaking out and trying to run into the water.” Without his own medication, “my blood pressure was so high, I could feel it. I was dizzy. I was throwing up.”

When the water finally receded, Thigpen says, armed staff returned and took them to prison. “If that’s not traumatizing, I don’t know what is,” he says. After he was released four months later to the repaired halfway house, Thigpen collected affidavits and medical records from fellow residents and filed an ongoing, 200-plaintiff lawsuit, alleging that GEO “completely and utterly failed them during Hurricane Harvey.”

There has been some local pushback against the companies’ move into reentry. In August 2019, Denver Councilwoman Candi CdeBaca led a surprising vote to reject renewed contracts for GEO and CoreCivic halfway houses. Denver is now weighing alternatives, including changing its zoning for halfway house construction and purchasing the privately owned facilities to lease to a community-based nonprofit— although CdeBaca noted the companies “command a high price.”

CdeBaca said private prison companies’ move into reentry has been “brilliant, actually, to see how they adapted, not only to dominate halfway houses but also ankle monitoring, drug tests—all of those elements associated with ‘fake freedom’—and all the while fully expecting them to cycle through the revolving door back to prison.”

Advocates are up against powerful forces. As Thigpen says of GEO, “This is a worldwide company that has these kinds of facilities all over the world.”