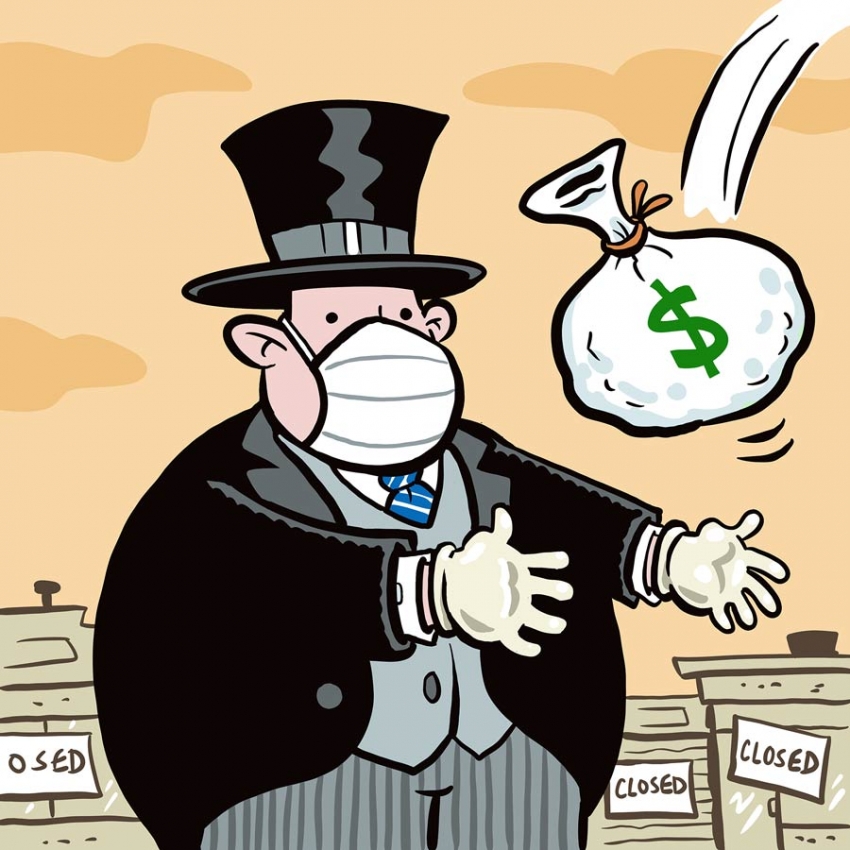 A Primer on Disaster Capitalism, Our New Normal

When a crisis occurs, the private sector often uses it as a distraction to push through its own agenda.

“This crisis—like earlier ones—could well be the catalyst to shower aid on the wealthiest interests in society, including those most responsible for our current vulnerabilities.” —Naomi Klein, journalist, activist, and author of The Shock Doctrine

How is this different from regular capitalism?

Arguably, they’re not that far off. Even before we had a global pandemic to deal with, capitalism had precipitated a number of crises—the housing crash, climate change, millions of people without healthcare, just to name a few—and the private sector has profited handsomely by selling their purported solutions.

But writer and activist Naomi Klein coined the term “disaster capitalism” specifically to refer to the way free-market fundamentalists leverage big crises to privatize public goods and services, which often increases inequality exponentially. Consider the massive school charterization after Hurricane Katrina in New Orleans, which has resulted in a two-tier system of education, or the privatization of the electric system in Puerto Rico after Hurricane Maria, which may result in higher utility rates.

In the midst of a natural disaster, war or economic crisis, people tend to be focused on daily survival—which makes it easier to deploy these so-called solutions that would never fly in normal times. Klein calls this method “the shock doctrine.”

Can things actually get more disastrous?

Unfortunately, yes. The entire global economy is entering a recession. Thanks to a hollowed-out public health system and catastrophic mishandling by the Trump administration, the U.S. is likely facing a prolonged outbreak and attendant economic free fall. But things could always get worse!

The Trump administration has already seized this opportunity to roll back regulations, and the GOP used it to suspend the payroll tax. The latter, in particular, could bankrupt Social Security and provide the pretense needed to slash or privatize it—something long on the wish list of Republicans and some Democrats (cough, Joe Biden).

Is “disaster socialism” a thing?

It could be! We’re in a moment where notable not-socialists like Arkansas Republican Sen. Tom Cotton championed a cash payment for every American, and pretty much everyone agrees that Amazon workers deserve to be paid way, way more. But temporary company sick-leave policies and free coronavirus testing are not enough: We need universal and permanent changes. We need federal paid sick leave and Medicare for All.

Free-market economist Milton Friedman once said that, when a crisis occurs, “the actions that are taken depend on the ideas that are lying around.”