The Rights of Wild Rice

Manoomin (wild rice) now has legal rights. At the close of 2018, the White Earth band of Ojibwe recognized the ​“Rights of Manoomin” as a part of tribal regulatory authority. The resolution states, ​“It has become necessary to provide a legal basis to protect wild rice and fresh water resources as part of our primary treaty foods for future generations.” White Earth, the largest Ojibwe tribe in Minnesota, relies on wild rice for sustenance, not only monetarily, but as ​“food for the spirits.” This new White Earth law is similar to one adopted by the 1855 Treaty Alliance, and reflects traditional laws of Anishinaabe people. 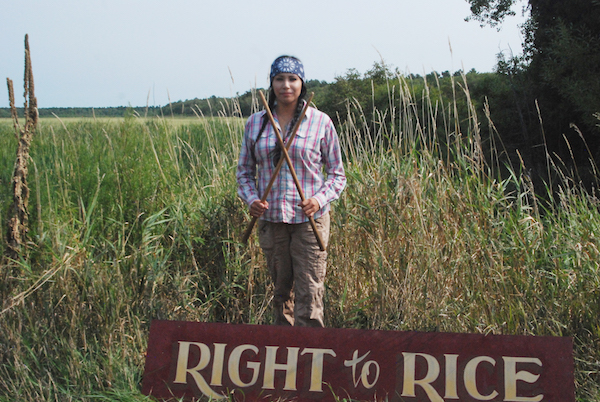 Rights of Nature articles have continued to spread. In 2017, New Zealand (known as ​“Aotearoa” in the Maori language) granted the Whanganui River, the third largest river in the country, the full legal rights of a person as part of its settlement with the Whanganui Iwi, the Maori people. India also recently granted full legal rights to the Ganges and Yamuna rivers, and recognized that the Himalayan Glaciers have a right to exist. This international work is intended to bring jurisprudence into accordance with ecological laws of the natural world by addressing the inadequate protection of natural ecosystems under current legal systems. As the Global Alliance for the Rights of Nature explains, ​“Under the current system of law in almost every country, nature is considered to be property, a treatment which confers upon the property owner the right to destroy ecosystems and nature on that property. When we talk about the ​‘rights of nature,’ it means recognizing that ecosystems and natural communities are not merely property that can be owned, but are entities that have an independent right to exist and flourish. Laws recognizing the rights of nature thus change the status of natural communities and ecosystems to being recognized as rights-bearing entities with rights that can be enforced by people, governments, and communities.”

The Rights of Manoomin, which reaffirm the Anishinaabe relationship and responsibility to the plant, are groundbreaking. ​“This is a very important step forward in the Rights of Nature movement. This would be the first law to recognize legal rights of plant species,” says Mari Margil, associate director of the Community Environmental Legal Defense Fund (CELDF). White Earth and the 1855 Treaty Authority worked with CELDF and its International Center for the Rights of Nature to develop the law.

The Rights of Wild Rice reaffirm the Anishinaabe relationship and responsibility to the plant, and the sacred landscape of wild rice and traditional laws. Wild rice is also the only grain explicitly listed in a treaty as a guarantee. 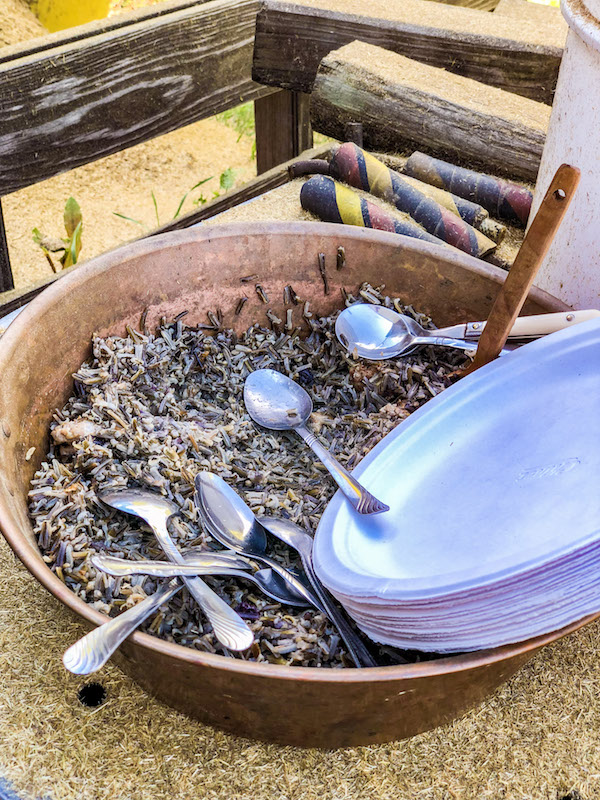 “Treaties are the supreme law of the land and we Chippewa have (U.S.) constitutionally protected, usufructuary property rights to hunt, fish, trap and gather wild rice,” says Frank Bibeau, executive director of the 1855 Treaty Authority. ​“We understand that it is the individual tribal members’ usufructuary rights to gather food and earn a modest living that are essential to our lives and important for the success of future generations’ ability to maintain our culture and traditions, essentially to be Anishinaabe.” He adds, ​“We understand that water is life for all living creatures and protecting abundant, clean, fresh water is essential for our ecosystems and wildlife habitats to sustain all of us and the Manoomin.”

The Rights of Manoomin also provide for enforcement. The law declares it illegal for any business or government to violate the Rights of Manoomin, and invalidates any permit, authorization, or activity that would allow those rights to be violated. Offenders will be punishable under tribal law and held financially liable for any damages to the Manoomin or its habitat. The law grants powers of enforcement to the White Earth Nation and to the 1855 Treaty Authority, and it prohibits law enforcement personnel from arresting or detaining those directly enforcing these rights. The 1855 Treaty Authority ordinance explicitly grants individual tribal members the right to take non-violent direct action to protect the rights of Manoomin in the event that the tribal authorities fail to do so.

Since the 1855 treaty was signed 165 years ago, state and federal mismanagement has caused significant damage to Anishinaabe wild rice, waters, maple trees, and prairies. Over 70% of the original wild rice territory is now damaged, with more currently being threatened by recent proposals to change sulfate standards to accommodate new mining and pipeline projects. Ultimately, these actions threaten the very existence of wild rice. At the turn of this past century, the Anishinaabe successfully battled against University proposals to genetically engineer wild rice, arguing that not only did the treaties provide for wild rice – not rice delivered in a sack by the government, as then Minnesota Chippewa Tribal President Norman Descampe would argue – but also for wild rice harvested from lakes of the Anishinaabe. In U.S. case law, corporations are protected legally because they are considered natural persons by law. In the meantime, much of the ​“commons” or natural world including water, sacred places, and sacred landscapes have not been protected. The Rights of Manoonim begin to address this inequality, and challenge the inadequacy of U.S. and Canadian legal systems. ​“Remember, at one time, neither an Indian nor a Black person was considered a human under the law”, Bibeau reminds us. ​“Legal systems can and will change,” and in the meantime, the Ojibwe move forward.

We’re down to the final hours of our summer fundraising drive. If you’ve already chipped in, thank you so much. If you haven’t yet, there's still time.

Every story you see on inthesetimes.com or in the monthly magazine is funded entirely through fundraising drives like this. That’s why they’re so important, and that’s why we’re asking you to give.

Even as little as $5 helps, and it only takes a minute to donate. Will you chip in before the deadline?

Contribute
Winona LaDuke is Anishinaabe, a writer, an economist and a hemp farmer, working on a book about the Eighth Fire and the Green New Deal. She is ready for the Green Path, and would prefer not to spend her golden years cleaning up the messes of entitled white men.LaDuke lives and works on the White Earth reservation in northern Minnesota, where she founded the White Earth Land Recovery Project. She is program director of Honor the Earth and a two-time vice presidential candidate with Ralph Nader on the Green Party ticket.
Have thoughts or reactions to this or any other piece that you'd like to share? Send us a note with the Letter to the Editor form.
More articles by Winona LaDuke
Feature
How To Build the Zero-Carbon Economy
The Green New Deal sets an ambitious goal. Here’s how to get there.
Rural America
The Renaissance of Tribal Hemp
Rural America
Cannibal Economics: Why the Black Snake Will Eventually Eat Itself
Similar articles
DispatchRural America
Indigenous Water Protectors Face Off Against the “Pandemic Pipeline”
Biden halted Keystone XL, but Enbridge’s Line 3 would pipe the same tar sands oil into the U.S. and across Anishinaabe treaty lands.
Clara Liang
Rural America
Agricultural Workers Lose Millions of Dollars Each Year to Employer Wage Theft
It’s against U.S. labor laws, but that hasn’t stopped employers from withholding more than $65 million in worker wages over the last two decades.
Pramod Acharya
Rural America
The Census Badly Undercounts Native Americans. In 2020, Tribal Leaders Hope to Change That
Kirsten Carlson
Join our newsletter
Fearless journalism, emailed straight to you.
Subscribe and Save 66%

Subscribe Now
Help In These Times get back on track

As a nonprofit, reader-supported publication, In These Times is funded entirely by readers like you—but through the first half of 2021, reader donations are down nearly 20%. Saturday is the deadline for our summer fundraising drive. Will you chip in to help get us back on track?