It’s time to talk about sexism.

ON ELECTION DAY, THE CEMETERY WHERE SUSAN B. ANTHONY IS BURIED had to extend its hours for those wishing to cover her tombstone with ​“I voted” stickers. Many of us thought that the endless slog would be over, not just the 16-month slog of this curdled, rancid campaign, but also the 144-year slog for a woman to be taken seriously as a presidential candidate, earn the nomination of a major political party and actually win. As a feminist roughly of Hillary’s vintage, who participated in one of the most significant social movements of the 20th century — the Women’s Liberation Movement — I felt we were poised to break this barrier after all these years. 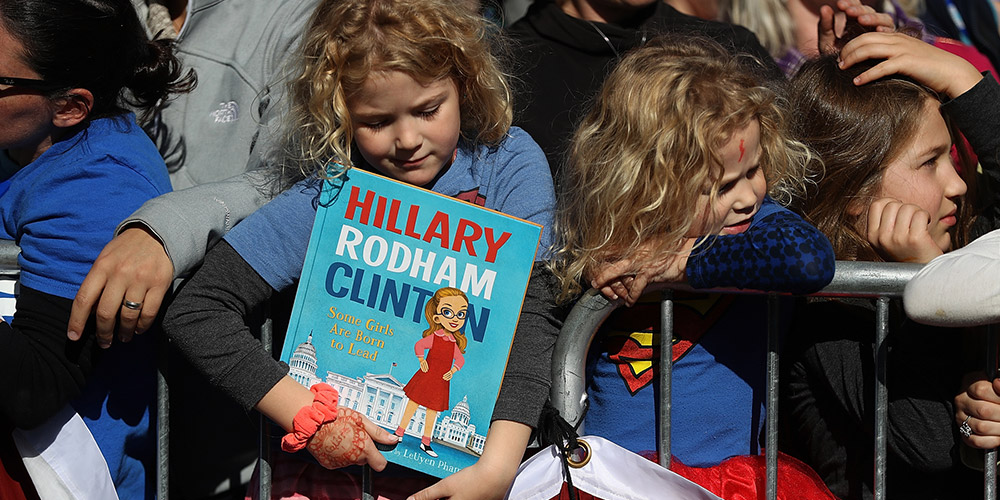 Susan J. Douglas is a professor of communications at the University of Michigan and a senior editor at In These Times. She is the author of In Our Prime: How Older Women Are Reinventing the Road Ahead.

Have thoughts or reactions to this or any other piece that you'd like to share? Send us a note with the Letter to the Editor form.
More articles by Susan J. Douglas
Culture
In Praise of The Whole World Is Watching
We remember the life and accomplishments of the late activist, writer and scholar Todd Gitlin (1943-2022).
Viewpoint
Ageism Has No Place in the Presidential Election
Science tells us that age and health are two very different things.
Viewpoint
Want To Fix the Debates? Shut Down the Trump-Style Theatrics.
The sensationalist, ratings-first format needs to change—and candidates should boycott debates until it does.
Similar articles
Feature
The Political Revolution Is Alive and Well in Nebraska
Climate campaigner and Democratic Party activist Jane Kleeb is lighting a fire on the prairie.
Joel Bleifuss
Feature
The Truth About Leonard
Dan Frosch
Feature
Bridging the Labor-Environment Gap
Adam Werbach
Join our newsletter
Fearless journalism, emailed straight to you.
Subscribe and Save 66%