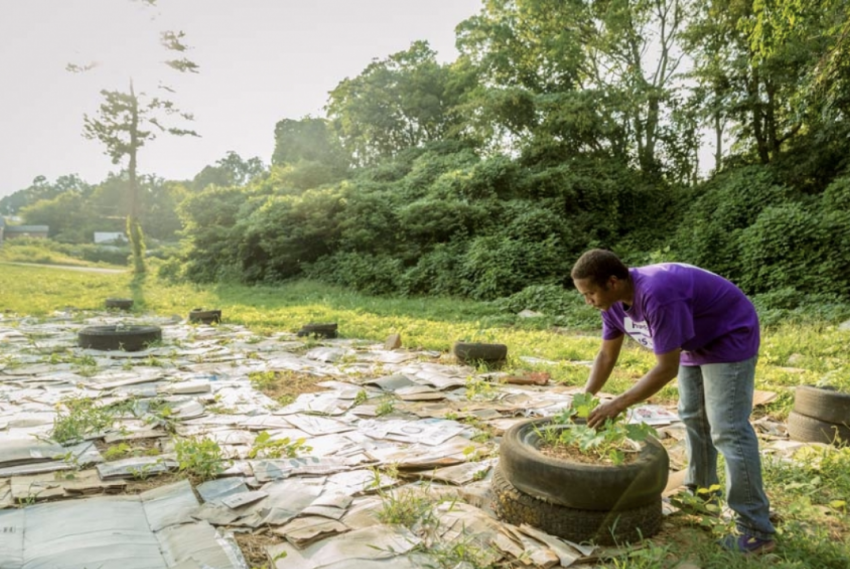 A set of statistics from a new report provides a window into how misplaced economic priorities perpetuate poverty in the rural South.

Since opening a plant in Canton, Mississippi 15 years ago, auto manufacturer Nissan has been awarded at least $1.3 billion in tax subsidies.

Meanwhile, since 2010, small and cooperative farmers across Alabama, Georgia and Mississippi have received just $2.3 million from the US Department of Agriculture’s (USDA) Rural Business Enterprise Grant Program, their primary source of economic support.

A report from the Institute for Policy Studies, titled “Agricultural Cooperatives: Opportunities and Challenges for African-American Women in the South,” makes the case that redirecting governmental support from corporate welfare to agricultural co-ops could provide an alternative vision for economic development in the South.

Despite promises made when they open shop in the South, companies like Nissan often fall short when it comes to providing safe, living-wage jobs in the predominantly African-American communities where they operate. And the enormous subsidies they receive end up, directly or indirectly, starving alternative models that could actually support the health and economic prosperity of rural communities across the South.

The report focuses on the region known as the Black Belt, named for its fertile soil, where massive agricultural production was built on the backs of enslaved Africans. Today, many rural counties in the Black Belt are home to large African-American communities, and most jobs in the region continue to be in the agricultural or low-wage service sectors.

The region also has among the highest poverty rates in the nation. More than a quarter of African-American women in the South live below the poverty line. In rural Alabama, Georgia and Mississippi, that number can be as high as 61 percent among African-American mothers.

More than 200 Black-owned co-ops in the South have been established in the past 25 years, according to the report. Given greater support and funding, it argues, this model could help alleviate poverty, as well as widespread health problems such as diabetes and malnutrition in rural Black communities. More than 15 percent of African-American women living in the South have diabetes. Expanding agricultural co-ops has the potential to provide income security and access to healthy foods for entire families and communities in the rural South.

Co-ops also harness African Americans’ historical understanding of the land and “existing knowledge and entrepreneurialism that trace back generations,” notes the report.

That’s a point already advanced in the context of a new agrarian reform movement in the South. In Maryland, on Harriet Tubman’s ancestral land, Black Dirt Collective is seeking to “create economies of dignified and meaningful work … in harmony with nature” among communities of color, youth, and LGBTQIA people.

“From an analytical standpoint, when we look at the model of agriculture, we are not just talking about food anymore, but we are talking about the way that resources are distributed and whom they benefit,” writes Blain Snipstal, co-manager of Black Dirt Farm, a part of the Black Dirt Farm Collective. “Land is the primary mechanism for many of us poor folks and people of color to actually have something to stand on and have a future to farm.”

But one of the biggest challenges preventing more rapid development of agricultural co-ops is the lack of funding and financing for everything from equipment to training.

“With modest increases in public investment in technical support and start-up capital … cooperatives could greatly expand into new markets, employ significant numbers of people, and contribute healthier food to their communities,” the report argues.

Yet the Trump administration is moving in the opposite direction, proposing deep cuts to the USDA budget that include eliminating discretionary funds for the Rural Business-Cooperative Service, which makes grants that have established or saved an estimated 300 businesses and 4,000 jobs since 2008.

That's incredibly counterproductive, given that small farms and cooperatives are solving multiple problems at once in poor communities, says Michael Paarlberg, author of the report and an associate fellow at the Institute for Policy Studies. Scaling them up “wouldn’t cost that much money.”

Cooperative agriculture and small farms are “happening right under the noses of state governments looking to lure large corporations,” he says. But they’re “not willing to spend a penny on the people already there, doing this kind of important work.”