Agrarian Trust: Finding Land for the Next Generation of Farmers

The supply of land is fixed, so who owns it matters. Much has changed since the feudal days of medieval Europe, but if you want to own some acreage in the United States — the kind of swath an agribusiness corporation or mining company might also covet — your best bet is to marry into or inherit it. This reality is particularly problematic for the next generation of American farmers and, by extension, the future of our food system.

The Trust estimates that ​“in the next 20 years, 400 Million acres of U.S. farmland will change hands.” As today’s farmers age and retire, current social and economic trends suggest these acres will fall into the hands of an ever-consolidating few and that the land itself will endure further exploitation in the name of one short-sighted economic gain or another.

Land prices in the United States have skyrocketed in recent years, the Agrarian Trust website notes, ​“driven by an unregulated speculative market-place, international investment, a distorted subsidy system and by unrestrained development pressure.”

On the other hand, a surge in intergenerational support for a more sustainable approach to the environment, more resilient regional economies and local, organic CSAs (Community Supported Agriculture) offers hope that a fundamentally different strategy is already in progress. The problem is that while scores of young people across the country are committed to reshaping the agricultural and economic landscapes of rural America, the cost of actual land is prohibitive and the situation is only getting worse.

Partnering with like-minded allies in the new economy movement, such as the Oakland-based Sustainable Economies Law Center (SELC) and the Schumacher Center for New Economics, the Agrarian Trust is working to preserve access to affordable farmland, in perpetuity, for the purposes of ecologically responsible, community-owned food production.

The group’s three primary goals are to:

To whom does the soil belong?

A commons-based approach to land stewardship and agriculture is not a new concept. In 1881, Henry George — economist, social theorist and author of the best selling book on economics Progress and Poverty: An Inquiry into the Cause of Industrial Depressions and of Increase of Want with Increase of Wealth: The Remedy—published the The Land Question. 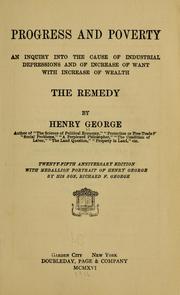 Published in 1879, Progress and Poverty, by Henry George was translated into 10 languages and sold millions of copies. (Photo: archive​.org)

Adding to a body of work that would eventually culminate in an economic philosophy known as Georgism (the belief that the economic value derived from land, including natural resources and natural opportunities, should belong equally to all residents of a community, but that people should individually own the value of what they themselves produce), George wrestled with two questions: ​“To whom rightfully does the soil belong?” and ​“Who are justly entitled to its use and to all the benefits that flow from its use?”

Clearly feeling the 19th century Bern, George wrote that, before the Land Question could be addressed, society first had to answer these fundamental questions:

A symposium about land transition, continuity and commons

From November 9 through 17, in Albuquerque and Santa Fe, N.M., the Agrarian Trust will be hosting a symposium, ​“Our Land 2: Tracing the Acequia Commons.”. 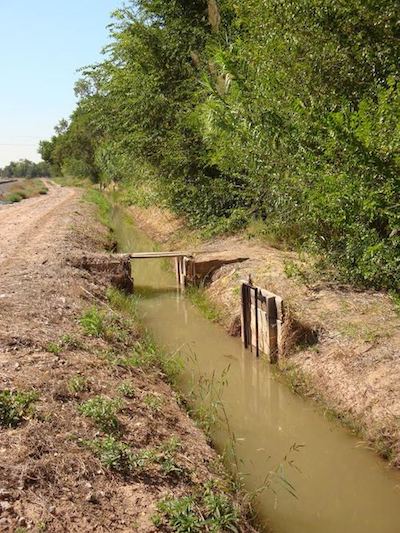 In the United States, Acequias (which refers to both shared irrigation ditches and the community network that manages them) are unique to New Mexico and southern Colorado. Brought by the Spanish, remnants of these systems can also be found in other areas of the Southwest. (Caption / Photo: Paula Garcia / bmc​com​mons​.org)

Our Land 1, which boasted over 600 attendees from 13 states, was held in Berkeley, Calif., in 2014. This time, Fleming says, in addition to studying the 400-year-old acequias upclose, the event will feature talks about water privitization and poisoning. Attendees will also learn about public trust law — a commonwealth legal framework with roots in ancient Rome that protects ecological systems. The Agrarian Trust press release reads:

In the next 20 years, 400 Million acres of U.S. farmland are predicted to change hands. The consequences of this inflection in ownership are wide-ranging — its impact will be felt by all of us.

Agrarian Trust has the mission to shift the destiny of farmland use in the United States, in terms of stewardship and access. We aim to push this system towards organic practices, community ownership models, and production for regional markets for more democratic and sovereign places and people. We present this symposium as a way to invite a broad audience into consideration of ​“the land question” and hope to provoke conversation and action.

The Southwest’s acequia systems are some of the longest settled agricultural lands in North America. Here, the constraints of desert ecosystems confined traditional indigenous and later Hispano-Spanish agriculture to the bottomlands, fed by low-tech ditch irrigation. The acequia systems represent  a powerful and direct commons-based governance regime and a curriculum from which many other regions can learn. In considering future prospects for sustainable agriculture and self determined regional economies — it seems useful for a national audience to learn from the bounded and mature farm systems  of the Southwest, to look across regional contexts at issues of the commons, farmland conservation and evolving legal notions of public trust.

Join us as we explore the overlapping and conflictual land-use patterns of the Southwest, and consider the prospects for our common resources and make plans for action. We welcome farmers of all ages, eaters, conservationists, planners, artists, anyone interested to relate, and to intervene in the destiny of the landscape that sustains us.

Can our regions shift towards food sovereignty? Can our agrarian systems become more harmonious with their wild habitat? Can we be guided by our traditional commons? Let us learn together from national and regional speakers, filmmakers, artists, archivists and geographers.

Ultimately, Agrarian Trust hopes that the history, management regimes and future prospects of acequia systems will serve as an inspiring model for other commons-based systems. The question is: Can these ditch commons be expanded to include their uplands and headwaters, or will ditch rights be lost to privatization and sold to developers?

“Increasingly, communities recognize that a regional farm economy is more responsive, adaptive, resilient and culturally satisfying,” says von Tscharner Fleming. ​“We want more diverse, more local, less thirsty, more prosperous regional food systems. It is in this context that we talk about land access for incoming farmers, about successful businesses, and about land transition for existing farms and retiring farmers, as well as mechanisms for restoration of degraded ecological features and infrastructures.” 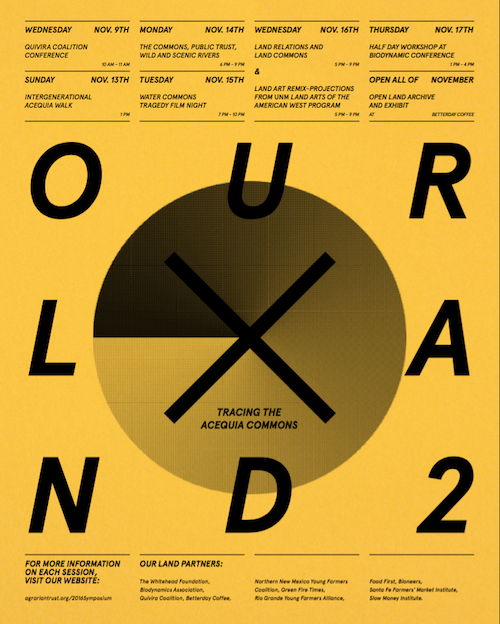 John Collins is the editor of Rural America In These Times. He lives between Minneapolis and La Pointe, Wisconsin, a village on Madeline Island in Lake Superior.
Have thoughts or reactions to this or any other piece that you'd like to share? Send us a note with the Letter to the Editor form.
More articles by John Collins
Rural America
The Community Rights Movement to the New Hampshire House: Let the People Decide What’s Best
Rural America
Democrats Have Gone off the Rails in Rural America. Can a New Report Get Them Back on Track?
Rural America
How Much Nitrate Is in Rural America’s Water?
Similar articles
ViewpointRural America
No, More Pipelines Aren’t the Solution to High Gas Prices
Reviving Keystone XL wouldn’t lower gasoline prices but it would increase carbon emissions, environmental destruction and toxic pollution.
Ted Williams
ViewpointRural America
GDP: A Countdown to Doom
The numbers we use to measure the economy’s recovery from Covid also measure the rate at which we barrel into ecological catastrophe.
Joseph Bullington
Rural America
Racing to Save Languages and Cultures, Native American Tribes Rapidly Roll Out Vaccines
Covid-19 has killed Native people at a faster rate than any other group in the U.S., but vaccine rollout in Indian Country has so far been a success story.
Alex Brown
Join our newsletter
Fearless journalism, emailed straight to you.
Subscribe and Save 59%