On March 3, the United States Fish and Wildlife Service (USFWS) announced plans to remove Yellowstone grizzly bears from the Endangered Species List. Though bears would remain protected in the park, if finalized this proposal would hand management back to the states and pave the way for trophy hunts to resume in Montana, Wyoming and Idaho.

Calling this recovery ​“one of America’s great conservation successes,” USFWS Director Dan Ashe told the Associated Press, ​“By the time the curtain closes on the Obama administration, we are on track to have delisted more species due to recovery than all previous administrations combined.”

Many wildlife advocates disagree with the decision. Following Ashe’s announcement, the Center for Biological Diversity (CBD), issued a press release. ​“It’s simply too soon to remove protections for grizzly bears,” said CBD staff attorney Andrea Santarsiere. ​“We’re prepared to make sure the Service follows the science and the law to ensure these wonderful animals can truly recover.”

“The proposal to remove protections comes at a time when key grizzly bear food sources in the heart of the Yellowstone ecosystem have been collapsing and grizzly mortality rates have been increasing. The dramatic decline of whitebark pine and Yellowstone cutthroat trout has prompted bears to eat more meat, such as big-game gut piles and livestock, resulting in increased conflicts with humans and grizzly bear mortality. Drought and climate change are likely to exacerbate these problems.”

Whitebark pine nuts are a valuable food source for Yellowstone grizzlies, but recent wildfires and mountain pine beetle infestations have played havoc with the supply. Both threats to the tree are exacerbated by warmer temperatures in the region. Winters have not been cold enough to keep beetle populations in check, and lower moisture content in trees affects their natural defenses against infestations and fire. 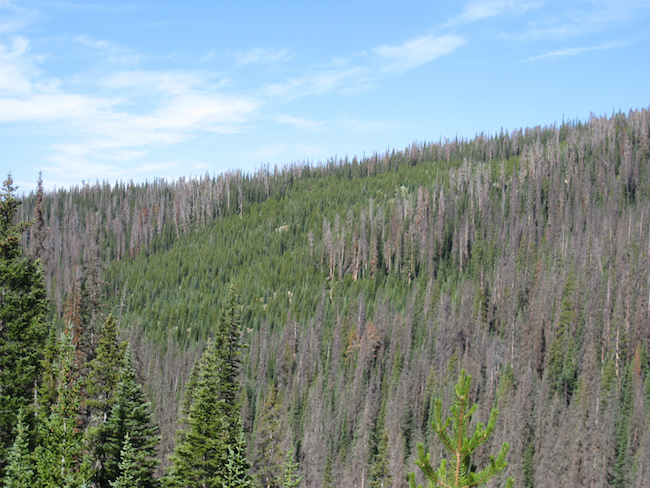 A 60-day comment period follows the USFWS announcement and Director Ashe stated: ​“We look forward to hearing from the public about the proposal and consulting with Native American tribes.”

Native American opposition to delisting and hunting the grizzly

For Native Americans, the spiritual and cultural significance of the grizzly bear is difficult to overstate. For thousands of years, this continent’s first people have regarded the grizzly as a relative — respected as an ancestor and revered in religious ceremonies. Today, many tribal councils view the USFWS proposal to delist the grizzly as an affront to tribal sovereignty — and a violation of the American Indian Religious Freedom Act. Tom Poor Bear, Vice President of the Oglala Lakota Nation, sees the federal government’s management of the grizzly as a political continuation of Manifest Destiny. In a statement adamently opposing the decision to delist he writes:

They forced us from our homelands and made us live on reservations. Today they want to keep the grizzly on two reservations called Yellowstone and Grand Teton National Park. They put bounties on our ancestors’ heads. They paid for their scalps, and they are doing the same thing now — this time with our relative, the grizzly bear — when they start trophy hunting her for her head and skin. This is a violation of natural law, and our spiritual and religious rights.

I respectfully remind all of you that the grizzly bear has a spiritual purpose, which is to watch over the future, and our future generations. We are two-legged, like the grizzly, and we must not forget our ancient compact and responsibility to care for each other. I warn you from experience gained in many fights with the US government and states, that this is not just about the grizzly bear, it is about the land the grizzly walks upon. If the grizzly is delisted, you will witness a two million acre land grab by energy and mining companies, livestock interests, and timber operations.”

In 2000, President Clinton issued Executive Order 13175, requiring federal departments and agencies to consult with tribal governments when considering any ​“policies that have tribal implications.” In 2010, President Obama reaffirmed the order. Guardians of Our Ancestors Legacy (GOAL) is a coalition of nearly 50 tribes in six states who have joined together to protect the grizzly. According to their website the group is ​“committed to reconnecting tribal people to the ancestral landscape that is Yellowstone, and preserving the endangered, and sacred grizzly bear — the most powerful symbol of spiritual regeneration and renewal.” In no small way, this now involves reminding federal agencies of their fiduciary responsibility to the tribes.

On March 3, The Fort Hall Business Council of the Shoshone-Bannock Tribes (FHBC) of Idaho, and a member of the GOAL coalition, released their own response to the USFWS. It reads:

The Fort Hall Business Council of the Shoshone-Bannock Tribes wishes to reiterate our position made in our official declaration of 11/7/14 opposing the delisting of the Yellowstone grizzly bear. The Shoshone-Bannock Tribes are not, and will not, be involved with any collaborations that seek to further the proposed delisting of the Yellowstone grizzly bear, and this position must be made plain in any presentation.

The FHBC declaration not only renounces the federal government’s desire to delist the grizzly bear, but also is unambiguous in rejecting Idaho Fish and Game’s proposed trophy hunts for the grizzly if the Great Bear is shorn of ESA protections. No grizzly bears will be hunted on Shoshone-Bannock lands, and the Shoshone-Bannock will oppose any attempts to hunt grizzlies in their recognized ancestral homelands.

The declaration of the Shoshone-Bannock ​“countermands any previous votes cast by the Shoshone-Bannock Tribes in favor of delisting the Yellowstone grizzly bear.” Following the grizzly bear management plans of the federal and tri-state governments of Idaho, Wyoming and Montana –all of which advocate trophy hunts for grizzlies – would not only represent a threat to tribal sovereignty, but also contravene the American Indian Religious Freedom Act (AIRFA. PUBLIC LAW 95-341 – AUG. 11, 1978). The Grizzly is a spiritual animal, intricately tied to the ceremonies and practices of the Shoshone and Bannock peoples.

A final ruling on the delisting is expected later this year. 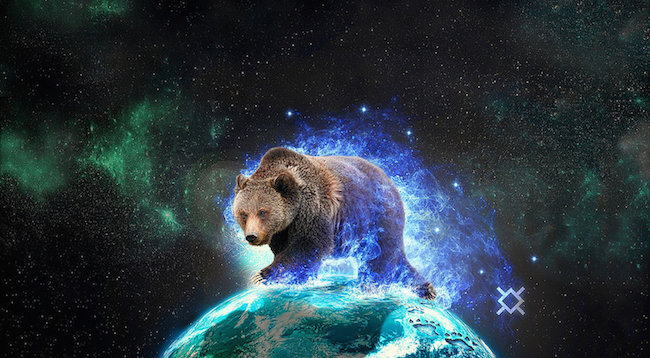 (Image: Guardians of Our Ancestors Legacy)

For additional RAITT coverage on grizzlies in Yellowstone, click here. And if you like what you’ve read, please help us spread the word — ​“Like” Rural America In These Times on Facebook by clicking on the ​“Like Page” button below the wolf on the upper right of your screen.