Unity, Environmentalism and the Overview Effect: Looking Down from the International Space Station

Last March, when Scott Kelly blasted off the surface of the Earth, none of the presidential candidates had officially announced their campaigns. Yesterday, as Super Tuesday votes were being tallied, the Soyuz descent module containing Kelly and two Russian cosmonauts was orbiting the planet waiting to begin its free fall into Kazakhstan. For Kelly, this marked the end of nearly a year in space spent looking down at our beautiful, chaotic home.

The International Space Station (ISS) isn’t exactly rural, but it is definitively off the grid (OTG). And Kelly, a 52 year old NASA astronaut, had spent 340 consecutive days — an American record — orbiting Earth 16 times a day at 17,500 miles per hour. The main point of his extended stay was to study and better understand how the body and mind behave when confined in microgravity for long periods of time so that when we eventually send humans to other moons and planets (Mars) they can remain mobile and sane enough to function when they get there.

In 1995, Russian cosmonaut Valeri Polyakov endured 437 days aboard the MIR space station for much the same reasons. He returned 2.5 inches taller, but immediately upon landing managed, with some help, to walk the short distance required to reach friends who were waiting with a chair, cigarette and shot of brandy.

In space, as the downward force of gravity lessens, the spine begins to straighten. Loss of bone mass, post-flight kidney stones and vision problems are common. Countering these effects requires astronauts follow strict dietary and exercise regimes. Kelly, for example, spent 2.5 hours everyday working out. But in microgravity even the most basic tasks — eating, breathing, bathing and sleeping — require forward thinking and herculean feats of engineering.

Future voyages to Mars (and beyond) will require our spaceships be fully sustainable, self-contained environments capable of providing their own fresh air, water and food. The ISS — a 450-ton laboratory, slightly larger than a football field, zooming 250 miles above Earth’s surface — allows this preliminary work to take place in a real low gravity setting. It’s a high-tech experiment and, from a sustainability perspective, a doomsday prepper’s fantasy bunker.

Astronauts aboard the ISS are already obtaining 93 percent of their water from condensate—moisture collected and reclaimed from the breath, sweat, urine and shower runoff generated by the station’s inhabitants, including that from the mice brought aboard by the Japanese Aerospace Exploration Agency (JAXA) who also breathe, sweat and pee. (Note: Separate filtration systems allow the Russians to refrain from drinking water derived from urine, which they find unacceptable, though they often give theirs to the Americans who add it to their water supply.)

Last August, Kelly and Kjell Lindgrin became the first Americans to consume vegetation grown in space. The Veg-01 experiment employs ​“seed pillows” which, when activated with water, provide astronauts with nutritious ​“seed-to-salad” produce in a mere 33 days. According to Kelly and Lindgren, the red romaine lettuce — promptly named ​“outredgeous” — tasted ​“fresh” and ​“like arugula.” The ISS is a collaboration between Canada, Japan, the United States and 11 member states of the European Space Agency. Kimiya Yui of JAXA was also present for the taste test. 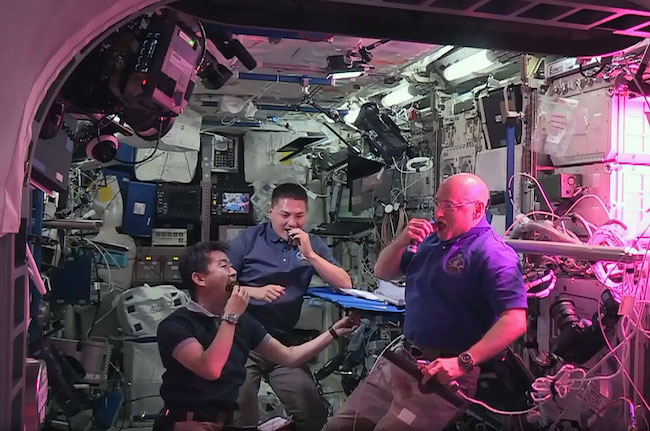 Environmentalism and The Overview Effect

The bulk of Kelly’s days were spent conducting hundreds of experiments with visiting astronauts, performing routine maintenance, housekeeping duties and exercising, but he used some of his downtime to maintain a strong presence on social media — posting hundreds of photos on Instagram, and sharing holiday messages and general observations on Twitter. 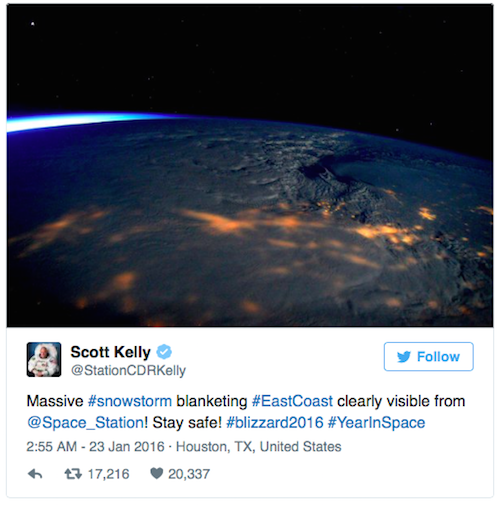 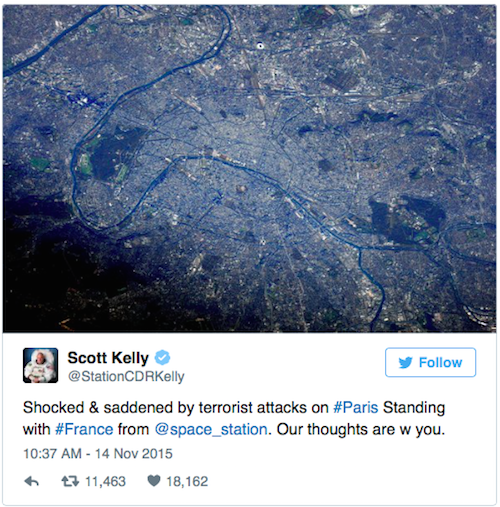 For the vicarious viewer, these extraterrestrial communiqués provided a rare perspective of our planet’s place and scale in a much larger universe — one man suspended above the world, outside looking in. It turns out this sensation has a name: the Overview effect, defined as ​“a cognitive shift in awareness reported by some astronauts during spaceflight, often while viewing the Earth from orbit or the lunar surface.“ It’s also something that can be experienced second or third hand.

It refers to the experience of seeing firsthand the reality of the Earth in space, which is immediately understood to be a tiny, fragile ball of life, ​‘hanging in the void,’ shielded and nourished by a paper-thin atmosphere. From space, national boundaries vanish, the conflicts that divide people become less important, and the need to create a planetary society with the united will to protect this ​‘pale blue dot’ becomes both obvious and imperative.

The phenomenon was brought to my attention by Rural America contributing writer (and my go-to guy when I have a question about the modern-day environmentalist movement) Dayton Martindale. I’d come across a video of Sanjay Gupta interviewing Kelly in space for CNN. At one point Gupta asks Kelly to ​“define the Earth’s condition if it were a human body,” and Kelly responds:

“There are definitely parts of Asia, Central America that when you look at them from space, you’re always looking through a haze of pollution. As far as the atmosphere is concerned, and being able to see the surface, you know, I would say definitely those areas that I mentioned look kind of sick. … When you look at the … atmosphere on the limb of the Earth, I wouldn’t say it looks unhealthy, but it definitely looks very, very fragile and just kind of like this thin film, so it looks like something that we definitely need to take care of.”

I copied the link and sent it to Dayton with a note expressing that it had just occurred to me that Scott Kelly was ​“literally doing what the environmental movement has been encouraging people to do for decades — zoom out and think about the planet as a whole.”

Martindale responded with links to ​“the overview effect” and Onion classic, NASA Discovers This Planet, Planet Earth, Just Might Be What It’s Been Searching For All Along. He also mentioned he’d recently heard some pushback in the environmentalist community regarding the use of images of Earth and ​“planetary” language when it comes to making persuasive arguments for sustainable ecological change.

“Essentially they’re saying it is too removed from people’s lives — that it’s better to tailor messages to localities and specific people’s stories,” wrote Dayton. And he provided examples.

“When it comes to rhetoric about ​“saving the planet,” [Price] has two main beefs: First, it encourages a ​“greener-than-thou” form of preachy consumerism that does not encourage real change nor help those most in need. Second, the rhetoric clings desperately to the historical notion that nature = pristine wilderness, obscuring the muddy, mixed up reality visible in places like her beloved L.A. River.

Price, who calls herself a ​“lapsed wilderness-loving environmentalist,” doesn’t think we should stop caring about how sustainable our consumption is, but she does believe that we need to inhabit nature instead of trying to save it. We need to think a lot more about people, she says, and about creating communities and providing food and jobs both sustainably and equitably. In short, we need to deal with the real world.”

I agree that the ​“greener-than-thou” approach occasionally employed by some activists is enough to turn even the most sensitive soul into an F-350-driving hunter of baby seals. I could also understand the risk in only associating ​“nature” with that which is pristine. So far so good. In another article, ​“Want everyone else to buy into environmentalism? Never say ​‘Earth’,” Heather Smith interviews David Fenton, founder of Fenton Communications — a PR firm working to market the environmental movement to young people. Fenton, who’d recently worked on an anti-fracking campaign with Yoko Ono, said these days he doesn’t like using the word ​“environment.”

Smith: What word would you use instead, in talking to millennials?

Now in the case of planet — the planet will be fine. We just won’t be on it. And so this language and these images — ​“polar bear,” ​“Planet Earth,” ​“environment” — they signal the wrong thing to most people, which is that they’re struggling and we don’t care. We have to make the environment and climate be about them and their lives and the economy and justice and all the things that people do care about. And in fact that’s what it’s about, because if we don’t solve climate change, there is going to be a lot of suffering, by average people.

Aside from not knowing what to think about ​“marketing” the environmental movement, these were interesting points.

What better way is there to facilitate a radical shift in thought (and subsequently action) than physically altering one’s perspective. I submit that for the majority of our species, experiencing the overview effect firsthand would render these calculated arguments over approach and syntax totally unnecessary. Imagine for a moment how life on this planet might change if, only for a few minutes, the entire human race — kids, politicians, CEOs, the poor, the lonely, the jaded, ISIS jihadists etc.— got the chance to exit our thin, fragile atmosphere and look back at this blue, green rock floating in a seemingly endless void of blackness and stars. Would this not literally facilitate the elusive oneness rumored to exist by guys like Ghandi, Bob Marley, Bill Hicks, John Lennon and Jesus Christ? Would it not instantly make compassion easier — and destruction harder? 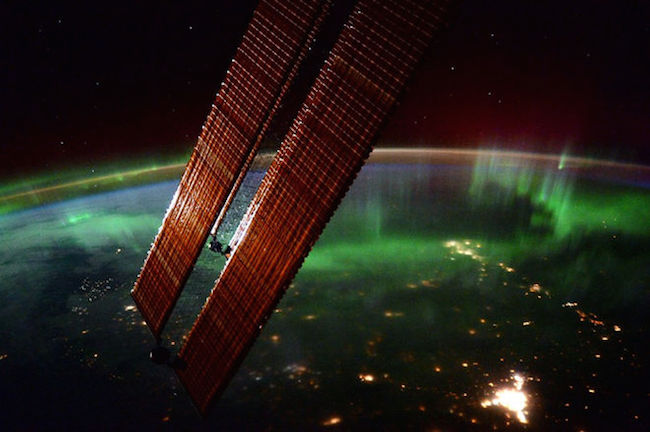 The northern lights from the ISS. (Photo: Scott Kelly / NASA) 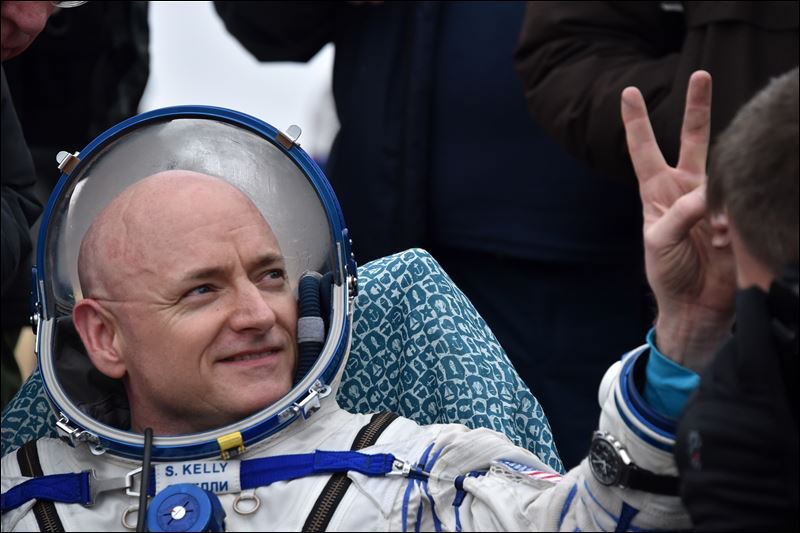